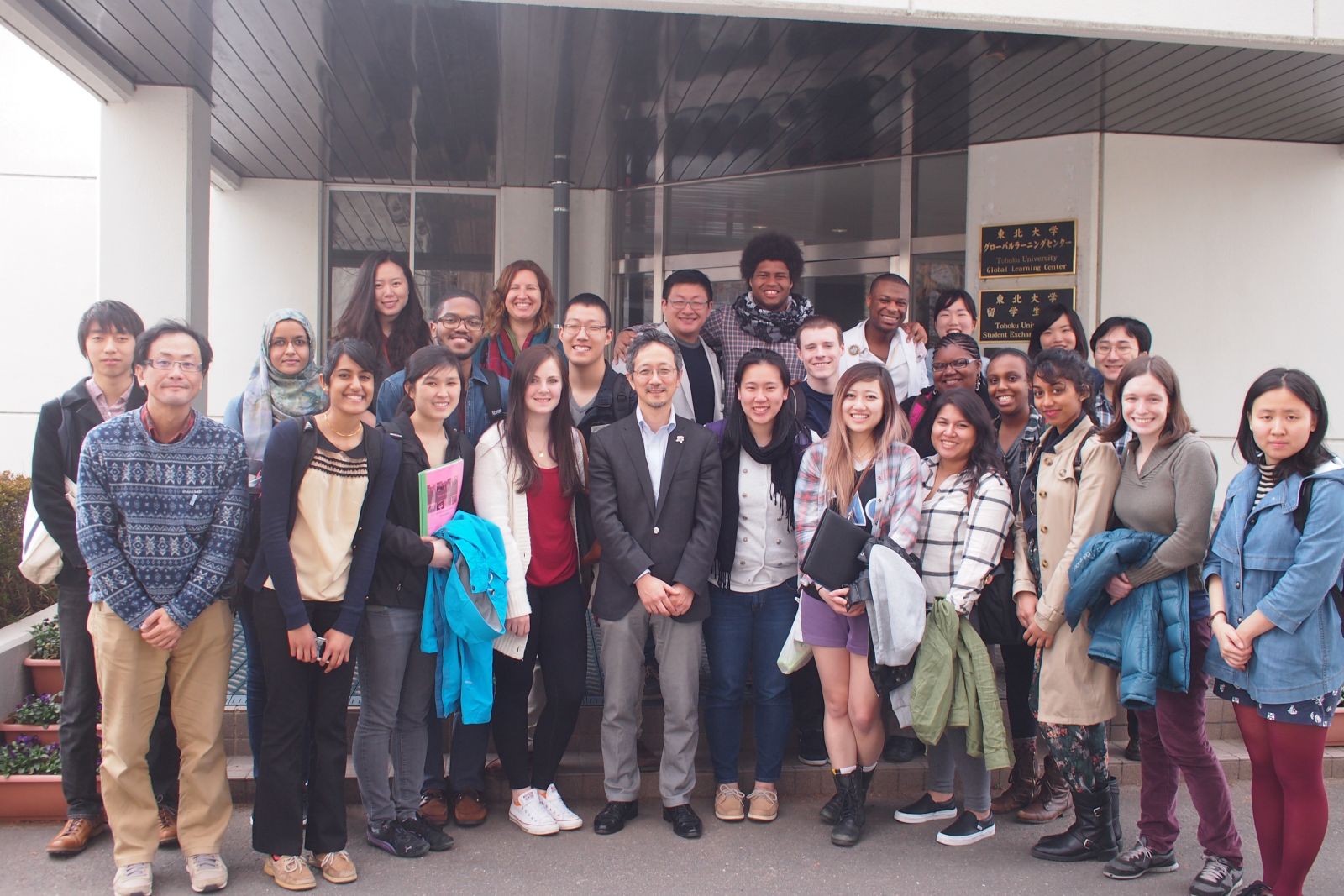 Japan, where they were exposed to the region’s ongoing recovery from the March 2011 earthquake, tsunami and nuclear disaster.

Through the program, Terps to Tohoku: “Civil Society, Recovery and Reform in the Wake of Disaster” organized by Collier, the students underwent disaster preparedness training and spoke to various small business owners and children in the devastated coastal villages of Kesennuma and Rikuzentakata. From these personal interactions with the citizens, the students learned the meaning of kizuna, the Japanese concept that means “bond,” “relationship,” “ties,” or “obligation.”

“Having a big catastrophe in your life puts everything in perspective,” Collier said. “It shows you what really matters in your life. People learned in the disaster that if you lose your house and belongings, the things that really matter are the connections and bonds between people.”

She added, “The students felt deeply about reevaluating their priorities in their own lives, which is impressive considering we were only there for a week.” 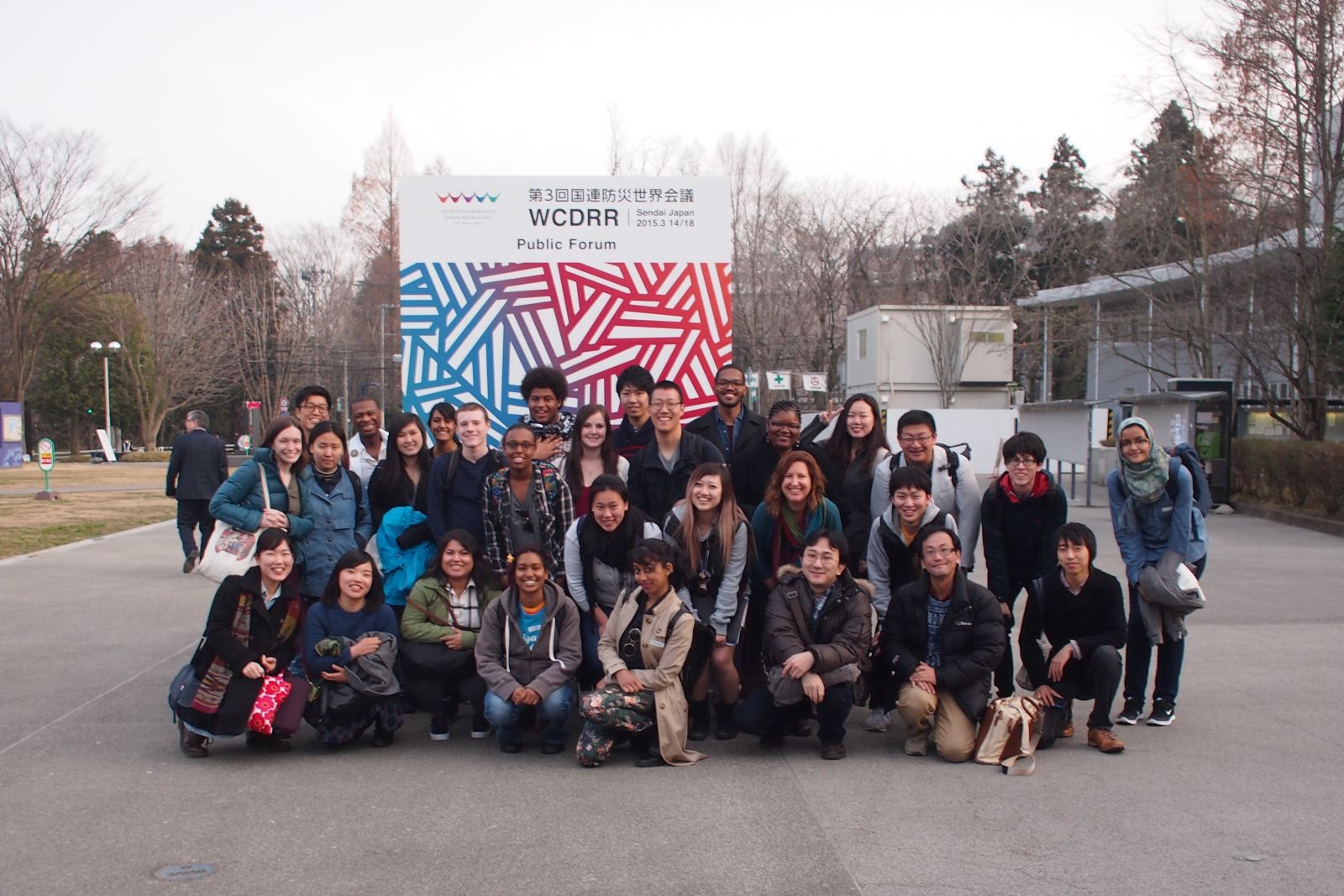 The students also met with the mayor of Kesennuma and Japanese government officials from the Japan Foundation, as well as attended two public forum events of the UN World Conference on Disaster Risk Reduction in Sendai. Students even joined a local nonprofit organization’s efforts in cleaning leftover debris from the tsunami that destroyed Kesennuma’s beaches.

“For me, the most emotional moment was visiting the memorial for the 90 people who died on this hill above the beach by the tsunami,” Collier said. “The sad thing about that hill was it was a designated evacuation zone. People went there for safety, but it wasn’t high enough.”  The 90 people who died were mostly elderly and small children.

The Tohoku trip was Collier’s first time in designing a one-week study-abroad program. She began the process of planning the trip one year ago by contacting her personal connections and working with the Laurasian Institution that provided the additional contacts needed to create a meaningful program for her students. 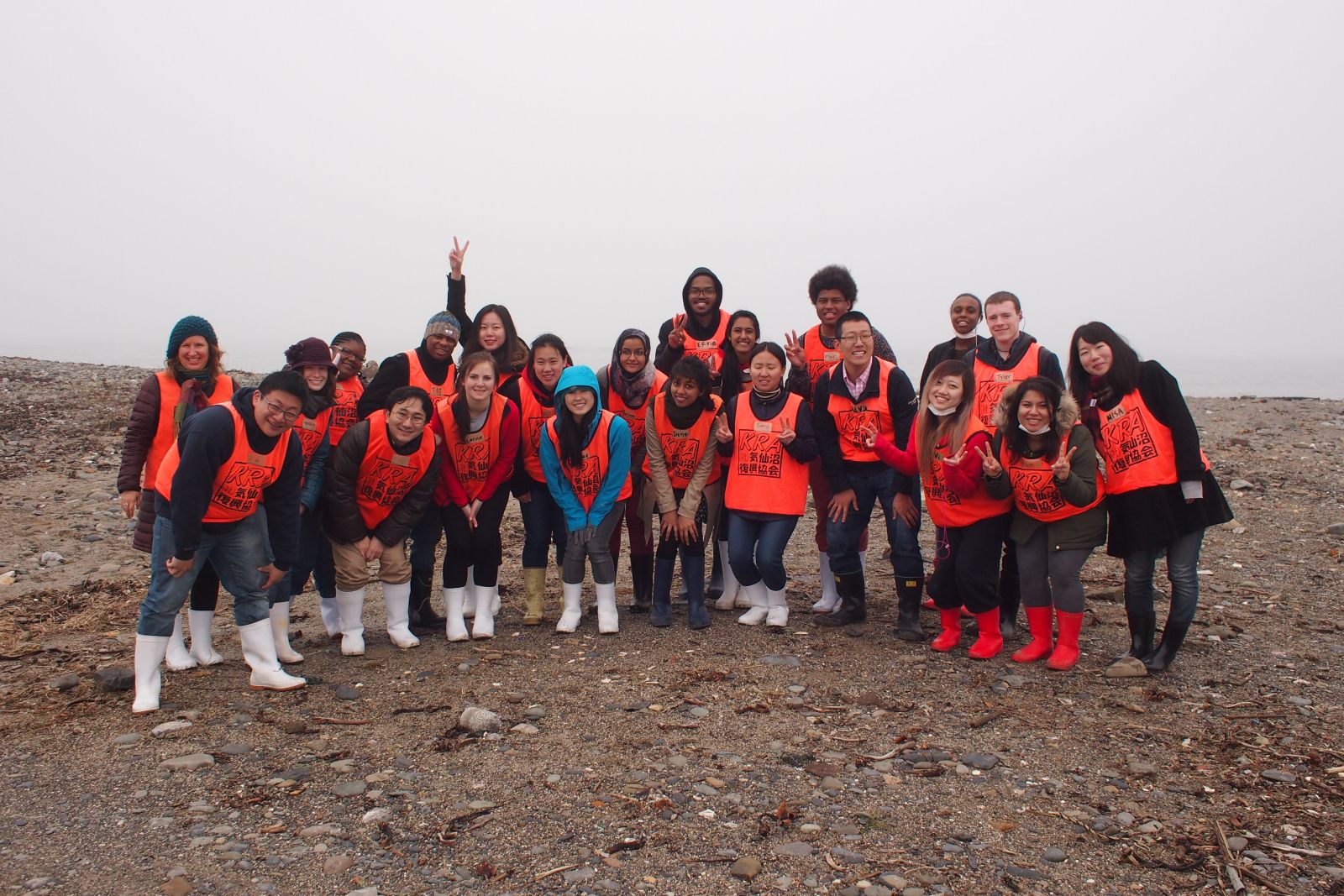 Based on the reflective journal entries that the students submitted at the end of the program, Collier said her hard work paid off when the students grasped the meaning of kizuna and learned about disaster risk management, which could apply to their respective communities and careers. One of the students, Tong Wu, even created a short video report on the program, which can be seen here.​

START will offer this program to University of Maryland undergraduate and graduate students in Spring 2016. Those interested in participating should contact education@start.umd.edu.

Collier has workedin the fields of education and training since 2010. Previously, she had managed several international programs, which include a global civic engagement program in addition to The Kizuna Project-.  She received master’s and bachelor’s degrees in English from Boston College and Washington College respectively, and she has studied Korean at Yonsei University and Sogang University in Seoul.