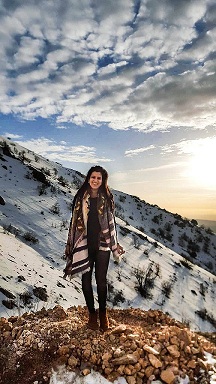 When Rola Saleh moved from College Park to Beirut, she didn’t experience the culture shock most would anticipate given such a change of scenery. Lebanese by birth , the freshly minted University of Maryland alumna grew up speaking colloquial Lebanese Arabic and double majored in Arabic Studies and Government and Politics, so she wasn’t daunted by the typical barriers an American student faces when moving across the world.

Still, as she works her way through the streets of Beirut – whether on her way to work or exploring the famed nightlife there – she is struck by the city’s atmosphere: a juxtaposition of intangible fear and palpable friendliness.

“Beirut is a lively city and I haven't met one person that hasn't been incredibly polite, thoughtful and happy to help me with whatever I need, but interestingly enough, people do not trust one another,” Saleh said. “People encourage an atmosphere of acceptance and safety – everyone wants to treat you to coffee or food, everyone will help you navigate the city – but they are afraid because of internal politics and forces greater than any one person. Politics is not a topic for outside your own home.”

Through her work with the United Nations Conflict Mapping and Analysis Project, in partnership with Lebanon Support, Saleh hopes to contribute in any way possible to the promotion of peace and safety in Lebanon. Her group maps conflict events within the Lebanese borders, including clashes by groups on the Syrian border and any activity on the Israeli border between the Israeli Military, the Lebanese Armed Forces, UNIFIL, and other armed groups. The mapping also includes bombings like that of Burj al Barajneh which took place in November, as well as illicit trade and human trafficking.

“When I found out about this project, I knew I was qualified to help with its development since I had so much experience with data coding through START,” Saleh said. 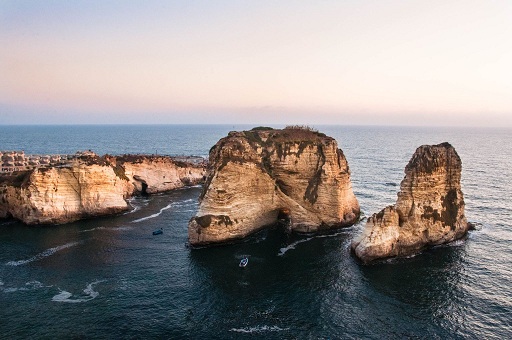 Saleh got involved in START after hearing about its Diversifying Security Studies (DiSS) Career Development Program. She had been contemplating a minor in terrorism studies but her plate was already full with her double major and additional minors in International Development and Conflict Management, and Middle Eastern Studies. Funded through the Department of Homeland Security Office of University Programs, the DiSS program offered her a full-year scholarship, stipend and the opportunity to work on research projects.

Never one to back down from a challenge or additional work, Saleh also signed on to complete an internship with START and participate in its study abroad program in Australia.

“START’s DiSS program gave me exactly what I was looking for,” Saleh said. “And, those additional opportunities to gain experience turned out to be exactly what I needed. My job here goes beyond data coding and seeks to understand the roots of the conflicts we code.”

Her fieldwork for the group’s regional digests has taken her throughout the region, including to Tripoli.

“Tripoli is a city plagued by poverty and violence that has, in turn, helped proliferate extremism,” Saleh said. “Through my work, I've even heard the stories of people who have fought in Syria and come back to Lebanon, and have been able to see the effects of the Syrian conflict first hand.”

Her typical workday involves both coding and research. Her team is developing the official codebook for the project’s mapping, but they have a continuous flow of research projects, whether on Syrian refugees or conflict or focusing on a specific group profile. They also produce a quarterly Conflict Bulletin. 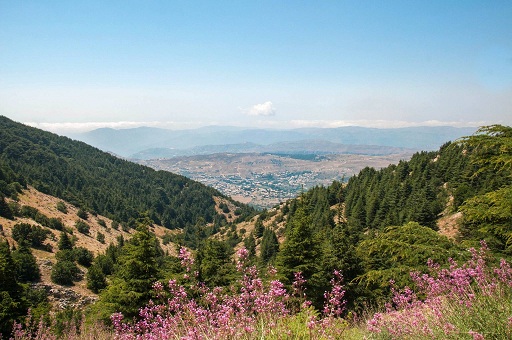 “I do the first draft of the Bulletin,” Saleh said. “Our last Bulletin was due to come out right before the Beirut bombing in November and so I scrambled to write a piece on that before we published.”

In her leisure time, she explores the city. The mild winter (temperatures as high as 70 degrees) lends itself nicely to biking on the beach boardwalk and outdoor dining. She also enjoys escaping city life to visit some of her family in the “gorgeous, peaceful” mountains. Christmas was particularly special to Saleh.

“Lebanon was lit up with a lot of beautiful attractions, including a huge tree with gold Arabic script in downtown Beirut, located across from the Mohammad Al-Amin mosque,” she said. “The effect was heartwarming.”

Saleh intends to stay in Beirut for the next couple of years and then might venture on to Dubai. Eventually, she hopes to come home to pursue a degree in International Law or a joint International Law and Business program.

“Until then,” she said, “I’m just trying to get the most from where I am.”