As of January 2023, more than 300 defendants who have been criminally charged for participating in the January 6, 2021, attack on the United States Capitol have been identified as having connections to contemporary extremist groups and movements, including the Proud Boys, Oath Keepers, Three Percenters, and the QAnon conspiracy theory, as well as other less populous entities. The January 6th defendants collectively form more than 900 links to these groups and each other. The Capitol insurrection network map displays these relationships, helping users identify the ideologies and networks that played a central role in the attack.

To be included in the network map, a defendant must have a link to an extremist group or movement that was established prior to January 6, 2021, and that connection must be documented in court records, news articles, or other open sources. A connection between a defendant and a group/movement was made if the individual was a formal member of an extremist group (e.g., Proud Boys and Oath Keepers), self-identified as a member of an extremist movement that does not have a formal membership process (e.g., QAnon and Three Percenters Movement) or publicly praised an extremist group or movement prior to the January 6th attack. Links between defendants were made if there is evidence in open sources that the individuals communicated with each other, in person or online, prior to January 6, 2021. The Capitol insurrection network map only includes individuals who have been charged with criminal offenses in state, local, or federal court for participating in the attack on the Capitol. All defendants are presumed innocent until proven guilty in a court of law.

Click the image below to explore the interactive Captiol Insurrection Network Map. 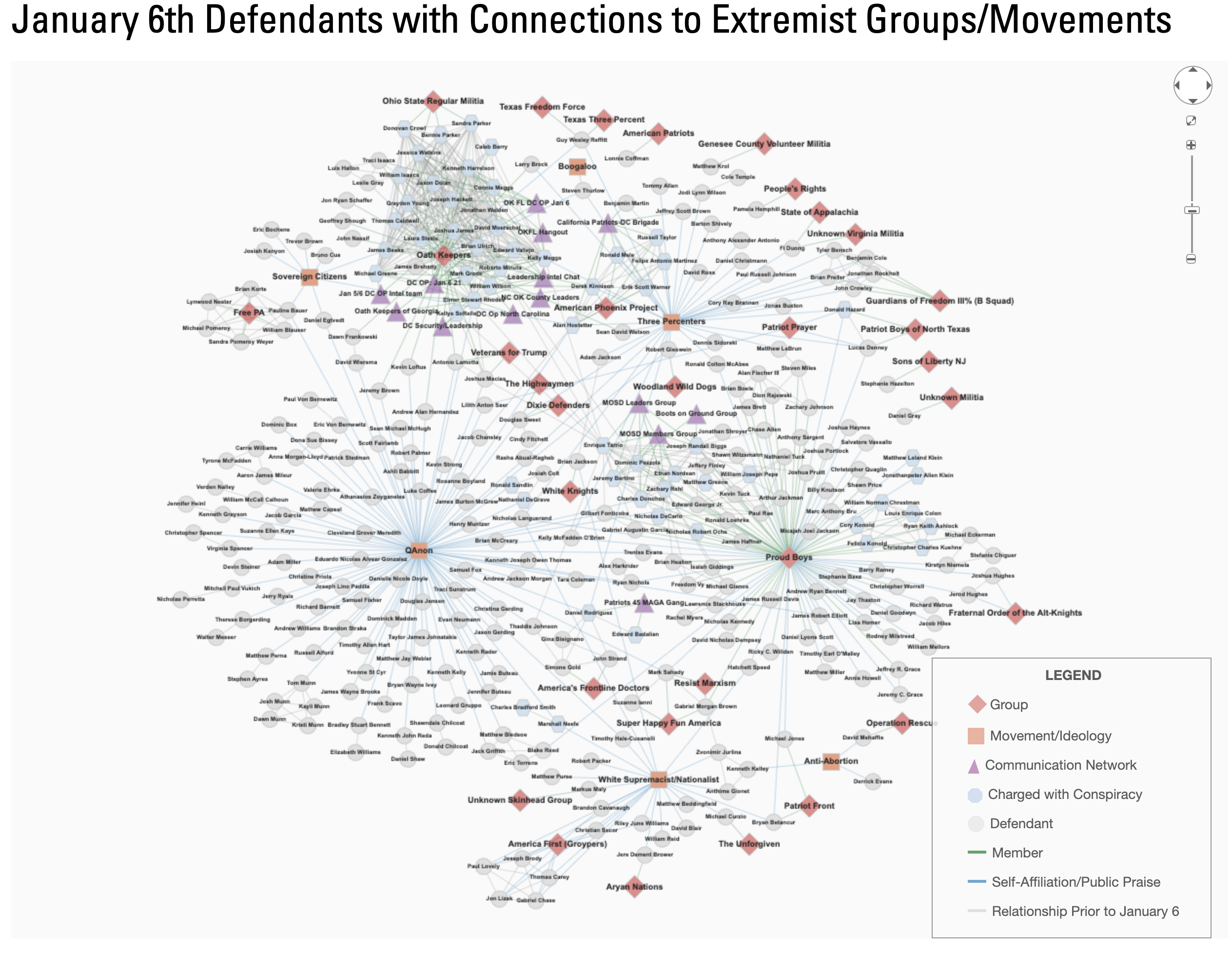 Aggregate statistics on the January 6th Capitol Insurrection defendants can be found by accessing the data tool below.