From witness to change maker: Interest in transnational security and multilateralism leads START intern to the United Nations
Alexander Chang

The first time Swini Adikari heard the word terrorism was on September 11, 2001, when she saw the World Trade Center burning from the 27th floor of her family’s apartment in Queens.

“I was young, but I still knew what was happening,” she said.

That wasn’t the only time Adikari witnessed the effects of terrorism first-hand. Throughout her childhood, she lived with her mother, a Foreign Service Officer (FSO) whose career included postings in Sri Lanka and Lebanon during periods of violent conflict.

Living in Sri Lanka during the height of the country’s civil war was formative for Adikari. 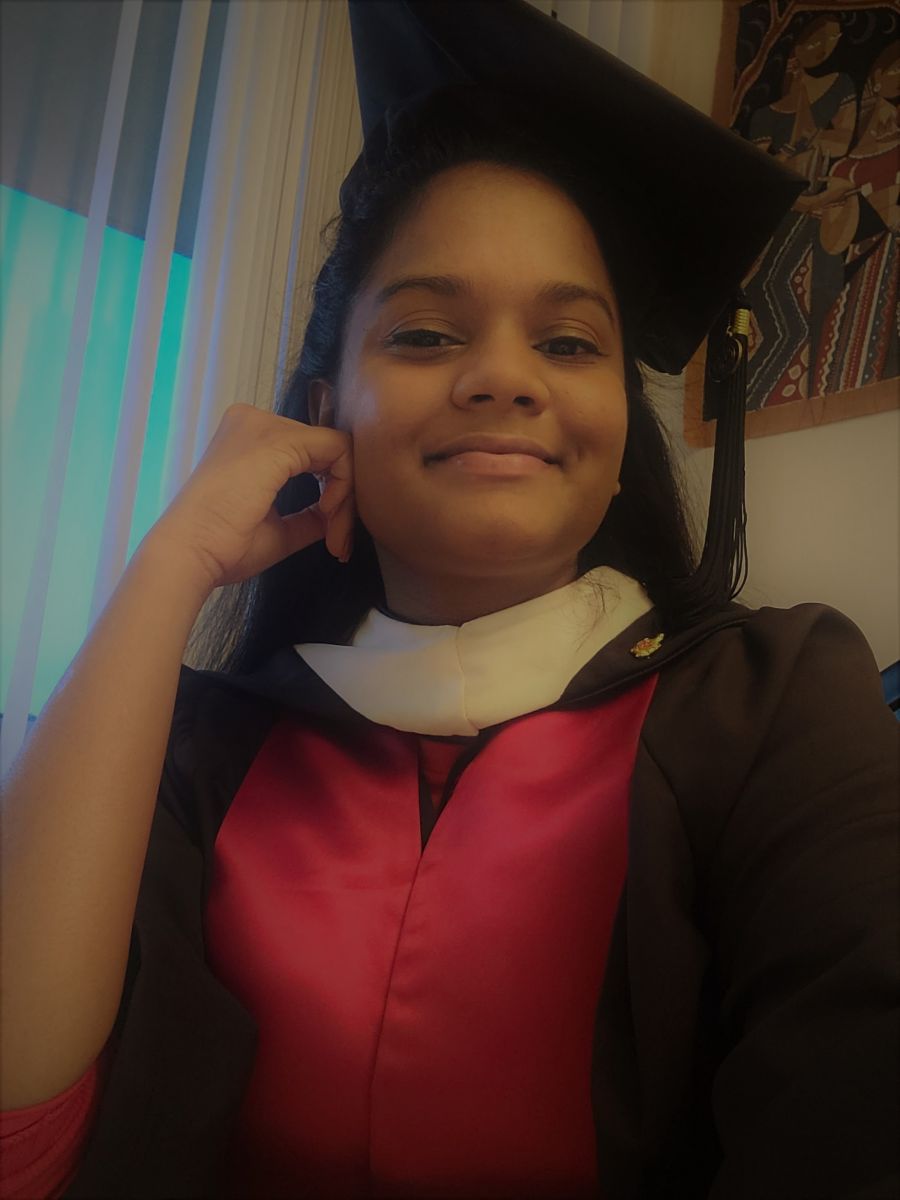 “My mom used public transport to go to her office and it was a risk every single day, though she tried to downplay it,” she said. “I started asking my parents: ‘Why is there fighting? Why are innocent people getting killed?’”

Adikari had the chance to see an entirely different side of Sri Lankan politics years later when she interned with the country's Permanent Mission to the United Nations in early 2020. Throughout the internship, she worked with members of the Sri Lankan diaspora community in the Tri-state area, organizing cultural events and assisting residents with visa applications. She intends to return to the Mission next fall as a second-time intern and attend the September 2021 meeting of the U.N. General Assembly.

“I’ve always wanted to work for the U.N. or another international organization,” she said. “Working with the U.N. Security Council’s Counterterrorism Committee in the future would be particularly relevant to my interests. There’s incredible potential for using multilateral organizations as a mechanism for ending conflicts and combating violent extremism.”

Adikari has pursued her interest in transnational security and counterterrorism throughout her college career as well. She graduated from the University of Maryland this spring with a degree in Government and Politics. In the fall, she will pursue a master’s in Security Policy Studies from George Washington University’s Elliott School of International Affairs.

Adikari is also currently working on publishing an article for the Georgetown Public Policy Review which addresses potential power-sharing arrangements that could be used to resolve the Syrian Civil War.

Outside of the classroom, Adikari has devoted much of her time to volunteer work at UMD and in communities surrounding the university. She served as a peer advisor for first-year students in UMD’s College of Behavioral and Social Sciences (BSOS) and volunteered at the Academic Sports Achievement Program (ASAP), which provides English and math tutoring to low-income students.

Adikari first became interested in UMD while her family was living in Maryland during her mother’s FSO rotation in Washington, D.C. She was particularly drawn to UMD because of the university’s strong international relations program and proximity to the nation’s capital.

“During my undergraduate days, I found myself asking my professors the same questions I asked as a child: ‘Why is there fighting? Why are innocent people getting killed? What motivates violence?’” she said.

While studying at UMD, Adikari was introduced to START by her academic advisor, who encouraged her to apply for the organization’s internship program. She first interned with the Global Terrorism Database (GTD) Casualties and Consequences team during the summer of 2019 before returning to work on the Perpetrator Identification team for the GTD this summer.

“Those internships really helped with choosing the grad programs and a career path,” Adikari said. “I realized after I interned with the GTD that I wanted to do something related to transnational security. START was the perfect place to get the knowledge I needed.”

Adikari also said that START had done a good job of adapting its internship program to a virtual environment, and credits her GTD supervisor, Joseph Oudin, with being a tremendous mentor.

“The whole organization feels like a small family,” she said. “Everybody at the organization is really supportive and does a great job of giving you the knowledge and skills you need for future endeavors. START had a lot to do with how my interests developed because that’s where I first got to experience the whole concept of the study of terrorism as an academic discipline.”