When student groups from around the country were charged with developing a program to decrease radicalization and counter violent extremism, most tailored their efforts to the individuals at risk of radicalizing. An enterprising group of University of Maryland students took a different approach and chose to focus on developing tools and resources for those who know and love at-risk individuals. 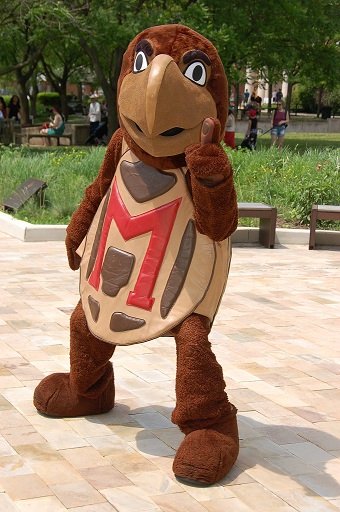 Focusing on empowering bystanders, the students developed a campaign called “It Takes Just One” for the Peer to Peer (P2P): Challenging Extremism initiative, a U.S. government effort aimed at finding new ways to challenge extremism led by the Department of Homeland Security, managed by EdVenture Partners, and supported by Facebook.

The campaign is centered on the idea that it only takes one person to intervene and help steer someone away from radical beliefs and behavior, deriving its moniker from the sentiment that “it takes just one person to care, just one choice to make a difference, and just one action to save a life.”

After interviewing mothers whose sons left the country to join the Islamic State of Iraq and the Levant (ISIL), the students began developing their framework. Through innovative design thinking exercises in their Global Terrorism Minor classes, the students further fleshed out their ideas.

“Family members and friends often say, ‘I had absolutely no idea,’ or ‘I thought they were joking,’ or ‘I never thought it would come to this,’” said Brittni Fine, one of the group’s leaders. “We hope that ‘It Takes Just One’ will foster understanding, provide support and educate people on proper intervention methods when faced with a family member’s radicalization.”

The team began thinking about how to deliver information and resources that spoke to the needs of the bystander community – something that would disseminate information about minimizing the bystander effect and keep their audience engaged.

Their goal was to be creative and feasible. They began toying with the concept of creating a video game in which a player would have to uncover signs of radicalization and intervene appropriately to stop a hypothetical terrorist attack. Now close to its final iteration, the video game follows a “choose your own adventure” story format and will be released later this month.

“In the game, you have to identify the details that are ‘off’ about a person – your friend, coworker, sibling – and intervene properly, ultimately stopping the person from radicalizing to the point of violence and becoming a terrorist,” Fine said. “In this way, people will learn about intervention strategies to help a person and keep them from going down a dark path.”

To further promote “It Takes Just One,” the students have launched a website and social media challenge. They hope to create a platform in which people can share their stories and interact with others who have had similar experiences.

“We want to provide resources for those who want to help their loved one but lack the knowledge to move forward,” Fine said. “We would like bystanders of all types to share their stories, even if it is not specific to countering violent extremism, because someone who feels empowered to intervene in other situations might feel empowered to intervene in a situation involving radicalization.”

Since it launched a few weeks ago, the group’s Facebook page has more than 750 likes and more than 30 people have participated in the “Just One Photo Challenge,” in which people take a picture of themselves holding up the number one and share it along with an explanation about why they think it’s important to take action or a time they helped someone change direction.

The P2P competition is underway, though entries won’t be evaluated until June. Between now and then, Fine said she hopes the social media campaign will take off and hundreds will download the video game.

“We hope that we can create a united front against the bystander effect while opening doors to a new platform of communication between bystanders,” Fine said. “Many people are too self-conscious to ask ‘is this overreacting?’ We want to give people the tools to evaluate the world around them and a platform which has information on the subject. We are building a new and much needed bridge.”

To learn more or to participate in the photo challenge, contact the “It Takes Just One” team at: