Former START TRA, Dr. Bidisha Biswas, will discuss her new book "Managing Conflicts in India: Policies of Coercion and Accommodation," at START Headquarters noon to 1 p.m. Tuesday, June 17. The event is free and open to the public, but an RSVP is requested.

In the book, Biswas explores the question of how a democratic state chooses between policies of coercion and accommodation when dealing with political violence by addressing an important, yet under examined, topic—India’s approach to internal conflicts. 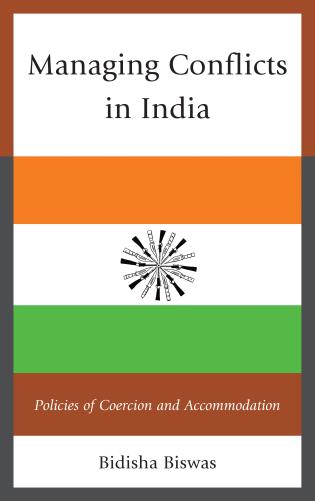 In "Managing Conflicts in India," Biswas selects three cases of conflict: the separatist campaign in Punjab during the 1980s; the protracted insurgency in Kashmir; and attacks on the Indian state by left-wing extremists, also known as Maoists and Naxalites, a campaign that has existed in different forms since the 1960s. Using archival research and fieldwork, Biswas shows that the Indian state has chosen a mix of tactics in dealing with these insurgencies. She argues that the government’s responses have often been dictated by immediate political concerns, rather than a strategic vision. While the integrity of the Indian state remains intact, its democratic quality and credibility have been seriously compromised. By focusing on the choices—and missteps—that the Indian government has made, Biswas sheds light not only on the insurgencies themselves, but also on the overall processes that impact effective conflict management.

Biswas is an Associate Professor of Political Science at Western Washington University. In 2012-2013, she served as Franklin Fellow to the United States Department of State in the capacity of policy advisor on South Asia. Bidisha has written and spoken extensively on conflict and security issues in the South Asia region.

Fox 42: Targeted violence increases around presidential elections, research shows
The Conversation: The 6 countries in Trump’s new travel ban pose little threat to US national security
Bustle: Practical Steps To Take If You're Feeling Anxious In The Wake Of A Terrorist Attack
END_OF_DOCUMENT_TOKEN_TO_BE_REPLACED

A Tale of Two Caliphates
END_OF_DOCUMENT_TOKEN_TO_BE_REPLACED