Full report scheduled to be released in January 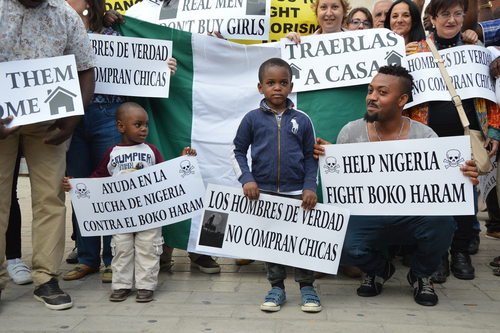 START Research Director Amy Pate has recently completed a research project examining the Nigeria-based terrorism group Boko Haram, with the full report scheduled for a January release. The project, titled “Boko Haram: An Assessment of Strengths, Vulnerabilities, and Policy Options,” provides an in-depth explanation of the rise of Boko Haram, its evolution over the years, and counter-terrorism efforts. It also offers options, both domestic and international, for future responses.

Pate traveled to Nigeria for two weeks in August 2014 to conduct field interviews with 46 government officials, diplomatic sources, and civil society actors for the report. She also used media reports, academic analyses, government documents, intergovernmental reports from web-based databases, and additional published materials in the field that were not available in the United States.

Founded in 2002 by Mohammed Yusuf, Boko Haram is now among the most lethal terrorist groups in the world. The group also stands out for its ability to organized coordinated attacks on multiple targets at one time. Boko Haram initially gained popularity through exploiting resentment regarding the political and economic marginalization of northeast Nigeria and popular frustration with government corruption. The group rejects all Western influence in Nigeria and has announced the establishment of an Islamic caliphate in the areas it now controls.

Pate’s research identified Boko Haram’s ability to use ungoverned spaces for strategic retreat, its maintenance of resource flows through extensive criminality, and its capacity for intelligence gathering and adaptation as the group’s key strengths. However, Boko Haram’s increasing reliance on conscription and paid mercenaries and its dependence on primarily local resources (which are becoming depleted) as significant vulnerabilities.

The Federal Government of Nigeria has relied almost exclusively on military responses to Boko Haram, although the Office of the National Security Advisor (ONSA) has taken the lead on counter-radicalization and deradicalization efforts through religious, cultural, communications, and governance components. Chad, Niger, and Cameroon, which have each suffered Boko Haram incursions, have also begun to offer assistance and develop responses to the group.

Unfortunately, human rights abuses, high levels of poverty, and military corruption, coupled with a lack of equipment and counter-insurgency training, are all barriers to fighting Boko Haram. Pate suggests that an “over-reliance on military responses has empowered rather than defeated the organization” and that, “going forward, a more balanced and coordinated approach to countering the group is called for.”

The Baltimore Sun: A side effect of coronavirus: More domestic violence and fewer victims seeking help, Maryland experts warn
NBC: 9 tips to deal with the uncertainty of the coronavirus outbreak
The Conversation: 3 ways the coronavirus pandemic is changing who we are
END_OF_DOCUMENT_TOKEN_TO_BE_REPLACED

CVE in Practice: An Ecosystemic Approach to Countering Violent Extremism in the United States