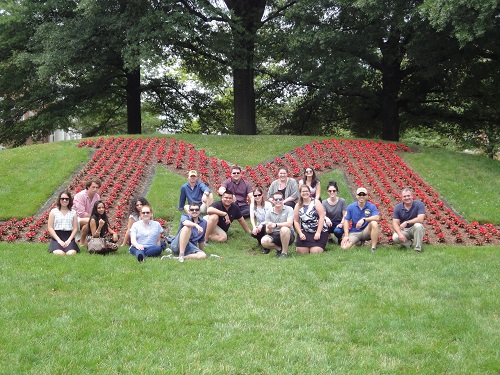 This June, START hosted 15 graduate students and two staff from Australia’s Macquarie University for the “2015 START-PICT Seminar on U.S. Perspectives on Contemporary Security Issues and U.S.-Australia Cooperation,” a two-week intensive study tour of the Washington, D.C., region. The students came from the Department of Policing, Intelligence and Counterterrorism (PICT) at Macquarie, specializing in both International Security Studies and Policing.

The program marks the first time that START has invited students from abroad to participate in an international study program, and was designed to develop students’ academic and career knowledge by connecting Australia’s next generation of security professionals with START researchers and other U.S. experts.

During their time in the United States, the students heard from START Director Dr. Gary LaFree and other START researchers, as well as experts from government, academia, and private industry. This included visits to the Pentagon, U.S. Institute of Peace, RAND Corporation, the Washington Post, and Department of State, among others. The students were also hosted by the Embassy of Australia, including a chat with Ambassador Kim Beazley.

Holly Barton, a Macquarie student, remarked on the value of hearing from both public and private sector experts. “I found the diversity important as it challenged ideas and stimulated critical thinking and discussion,” she said. “The ability to ask questions and discuss issues with the speakers was an excellent opportunity.” 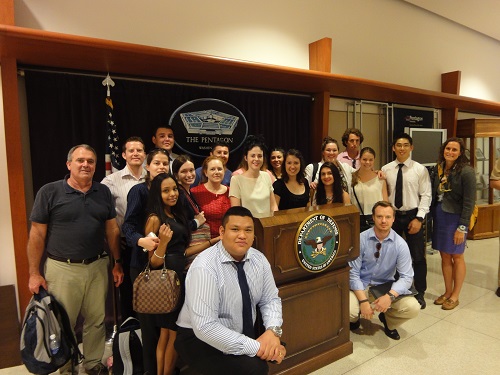 “The students were very intelligent and always had good questions for the experienced professionals we encountered,” she said. “I was glad to have had the opportunity to meet students with similar interests from another country.”

At the conclusion of the program, the students traveled to New York City to visit the National September 11 Memorial and Museum. The students took a tour, had a briefing with Cliff Chanin, Vice President for Education and Public Programs at the museum, and attended a public talk by a U.S. Special Forces Commander.

“The 9/11 Museum and talks were the perfect way to end the tour,” said Fred Smith, lecturer-in-charge from Macquarie University, who accompanied the students.

The education team at START hopes to develop additional U.S. study programs for international students in the future.

“This program has been a great success, and we hope to build upon that success by inviting other international institutions to partner with us on similar programs,” said Meredith Collier, a START education team member who coordinated the program.

For inquiries about the START-PICT program or other START international exchange opportunities, please contact education@start.umd.edu