Beyond identity: How the quest for significance impacts politics and history 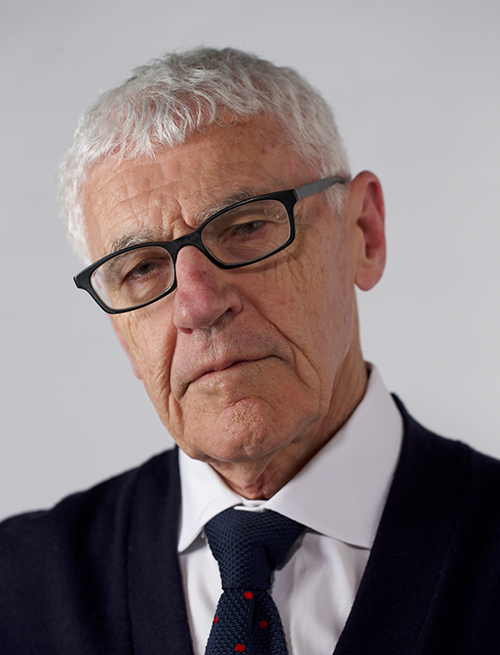 In his new book: “Identity: The Demand for Dignity and the Politics of Resentment,” Francis Fukuyama discusses humans’ fundamental need to be recognized and accorded dignity. He goes on to suggest that such need promotes the development of social identity, that suffers degradation in persecuted social groups.   Fukuyama compellingly argues that the bond between dignity and identity cannot be broken hence the answer to the current swelling waves of populism and fragmentation are “not to reject identity politics but to construct broad identities that can embrace others and unify different groups” under more inclusive identities such as the European identity or the American identity.

Though Fukuyama correctly recognizes that the human quest for dignity is primordial and universal, and that it fuels the desire to be proud of one’s identity—the implications of this powerful motivation are broader and more diverse than identity politics as such. In our work (e.g., “Terrorism-A (self) love story: Redirecting the signficance quest can end violence” and “To the fringe and back: Violent extremism and the psychology of deviance”) we refer to it as the quest for significance: the desire to feel that one matters and has respect in one’s own eyes and those of significant others. Basically, one’s sense of significance derives from two sources: one’s personal successes and failures, and the societal regard (or lack thereof) accorded to one’s social group (e.g., as Muslim, a Jew, an American or a woman).

Accordingly, one’s quest for significance may be aroused by one’s own personal failures and humiliations or by the disempowerment and discrimination suffered by one’s group [see my forthcoming book with colleagues titled “The Three Pillars of Radicalization: Needs, Narratives and Networks,” Oxford University Press (forthcoming)]. Of particular interest, one’s own personal misfortunes may prompt one to embrace one’s group’s grievances and volunteer to undergo sacrifices for the group in order to regain one’s lost sense of significance. Among Palestinian suicide bombers were individuals who for different reasons suffered personal stigma quite unrelated to the Palestinian-Israeli conflict: A woman stigmatized because of her infertility, another one accused of an extramarital affair, another one divorced, and a boy diagnosed as HIV positive.

Petty criminals who lead a disrespectful existence at the edges of society may be particularly enticed by an ideological narrative that promises them glory in return for the readiness to risk life and limb for the cause. The Algerian Ali La Pointe used to be a lowly pickpocket, yet he died a hero’s death (in October 1957) in the battle for the independence of his nation. Cherif and Said Kouachi, authors of the November 2015, Charlie Hebdo, massacre in Paris, were often unemployed and engaged in a life of petty crime and drugs before embracing radical Islam. Ibrahim and Khalid El Bakraoui perpetrators of the Brussels airport attack in March 2016 were previously involved in robberies and car jackings. Examples proliferate.

The link between the quest for significance and violence for a socially cherished cause is hardly restricted to Islamist extremism. In research we recently conducted on ideologically oriented crimes in the U.S. by White Supremacists and others, we find that individuals’ loss of significance in various domains of life (professional, relational, romantic) was significantly related to their tendency to carry out particularly violent crimes.

Finally, the quest for significance need not be channeled in the direction of violence and destruction. In research we have carried out with detained members of the Liberation Tigers of Tamil Eelam in Sri Lanka, we found that the degree to which the detainees’ sense of significance was restored during detention significantly mediated their tendency to deradicalize and reduce their animosity toward the Sinhalese majority on the island.

The findings that the quest for significance (or dignity, as Fukuyama has it) is as prevalent and quintessential as it turns out to be, has profound implications in the realm of policy both foreign and domestic. It calls into question the politics of pressure and bullying and suggests that in numerous instances it may backfire. Consider the history of economic sanctions: Hufbauer and colleagues in a landmark study estimated that their success rate in the examined cases was only 34 percent; a later reanalysis of the same data put the figure at a dismal 4 percent.

Whereas international sanctions imposed on Iran arguably brought it to the negotiating table and enabled the nuclear deal of 2015, other well-known sanctions produced downright fiascos. Extensive sanctions imposed on India and Pakistan didn’t deter them from acquiring a nuclear capability, nor did sanctions against Russia prevent its aggression in Ukraine or the annexation of Crimea. Economic pressure by the United States in the 1970s did not convince Turkey to remove its troops from Cyprus, nor did the grain embargo imposed by Jimmy Carter or our boycotting of the Moscow Olympics dissuade the Soviets from their occupation of Afghanistan. The list of failed and ineffective sanctions is long, indeed.

Apparently, however, the use of force is irresistibly appealing and we never learn, nor cease hoping, against mounting evidence, that the ‘rationality’ of force would ultimately prevail. Recent U.S. decision to cut aid to the Palestinians and the mounting tariffs on China’s imports are cases in point. But the calculus of material ‘rationality,’ and the power of brute force, typically is undermined by the more basic psycho-logic of dignity and significance. No policy is likely to work without it affecting people as intended. Learning what makes people tick, and appreciating their deep seated quest for significance and dignity would be a desirable first step toward a true rationality in the management of our national affairs.