Braniff named University of Maryland Professor of the Practice

Braniff named University of Maryland Professor of the Practice

This summer, START Executive Director William Braniff was named a University of Maryland Professor of the Practice in a unanimous decision by the UMD Criminology and Criminal Justice Department. 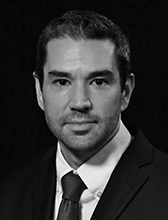 The Professor of the Practice designation honors individuals who have attained regional and national prominence for outstanding achievement and leadership within their fields, and have demonstrated superior teaching ability appropriate to assigned responsibilities.

“Bill has had an incredibly positive effect on START during his time with us,” said START Director Gary LaFree. “He has been a leader for the organization during a period of rapid growth, seeing us through two office moves and streamlining our work force."

Braniff joined start in 2012 as executive director, spearheading efforts to sustainably grow the organization while keeping true to its mission to advance the science-based knowledge of causes and consequences of terrorism. On behalf of START, he teaches within the Global Terrorism minor and appears in START’s massive open on-line course, regularly delivers training to the national security  community and has testified before Congress about the state of al-Qaida and the Islamic State, as well as U.S. Attitudes towards terrorism and counterterrorism.

Prior to joining START, Braniff served as the Director of Practitioner Education and an Instructor at West Point’s Combating Terrorism Center. There, he led the practitioner education program, at the time the largest provider of counterterrorism education to federal, state and local government audiences. Braniff is a graduate of the United States Military Academy. Following his Company Command as an Armor Officer in the U.S. Army, Braniff attended Johns Hopkins University School of Advanced International Studies, where he received a master’s degree in international relations. Upon graduation, Bill worked in the nuclear counterterrorism field at the Department of Energy’s National Nuclear Security Administration, and as a research associate with the CTC Harmony Project at West Point.