Broadening the Discussion about Women and Violent Extremism

The following is part of a series of thought pieces authored by members of the START Consortium. These editorial columns reflect the opinions of the author(s), and not necessarily the opinions of the START Consortium. This series is penned by scholars who have grappled with complicated and often politicized topics, and our hope is that they will foster thoughtful reflection and discussion by professionals and students alike. Dr. Szmania’s comments are adapted from her remarks at the “Women and Violent Extremism Summit” organized by the Institute for Strategic Dialogue and hosted by the Center for Strategic and International Studies on June 8-9, 2015 in Washington D.C.

Policymakers and practitioners involved in countering violent extremism (CVE) have taken great interest in better understanding the role that women play in terrorism prevention.   However, this singular focus, usually on women as peacemakers, overlooks the range of activities that women are engaged in, from active participation in terrorism networks to a wide range of creative and effective intervention, prevention and advocacy roles.  To broaden the discussion, I outline three areas where we can do more to increase our knowledge about women and violent extremism.

First, we must invest in research about female terrorists. 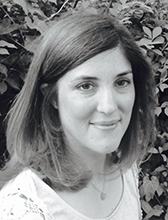 Mia Bloom’s 2011 book Bombshell: Women and Terrorism serves as an important resource for understanding international cases of women who have participated in terrorism, and the book illustrates the fact that women are often active perpetrators of serious terrorist crimes.   More recent work, such as the Institute for Strategic Dialogue's reports on females and the ISIS phenomenon, contributes important data about women who travel in support of terror groups, even if they do not take part in battlefield activities.

A special challenge when researching women and terrorism is that there are fewer cases of female terrorists than males.  For example, women make up approximately 10 percent of the cases included in START’s Profiles of Individual Radicalization in the United States.  As a result, it is difficult to build strong conclusions about characteristics of violent female extremists.  Support for international research collaboration on datasets of female violent extremists, ideally across the ideological spectrum, holds the potential to provide more robust evidence, and the results will help better target resources and programs aimed at preventing women and young girls from being lured into criminal terrorist activity.

Second, we need to increase our evidence-based knowledge about the effectiveness of women in CVE engagement efforts.  Practitioners and policymakers are quick to champion the idea that women play an important role in terrorism prevention.  Indeed, there are inspirational women around the globe who have created and developed terrorism prevention programs, sometimes based on tragic personal experience.  There are also emerging projects such as Women Without Borders’ Sisters Against Violent Extremism to teach women how to “speak up against radical influences in their communities.”

At the heart of this work is the belief that women are uniquely positioned to provide effective violence prevention and rehabilitation services.  Many of these attributes are elaborated in the United Nations Security Council Resolution 1325, which advocates for recognizing the effects of war on women and girls and also calls for greater representation of women in conflict resolution and peace building efforts. To bolster this work and link it to emerging CVE policies and practices, rigorous measurement and evaluation of CVE programs is needed.

Third, we must do more to promote female leaders in the field of CVE.  To date, global CVE efforts have benefitted from the work of prominent female advocates as elected officials, in government policymaking positions, as law enforcement officers and as leaders in local communities. Similarly, we can do more to advance women researching the causes and consequences violent extremism.

A key outcome of the recent White House CVE Summit is the creation of an international network of researchers investigating issues related to violent extremism.  The purpose of this network will be to “deliver practical, timely and plainspoken results to practitioners.” To truly be effective, this network, once established, should work to support and develop future terrorism researchers, including women.  In this regard, START’s Terrorism Research Award is one example of a program that can promote new voices and new perspectives on terrorism.

Understanding the many roles that women play in promoting and preventing violent extremism is challenging.  However, without broadening our perspective, we risk addressing only part of the problem.