Capturing the politics behind national movements 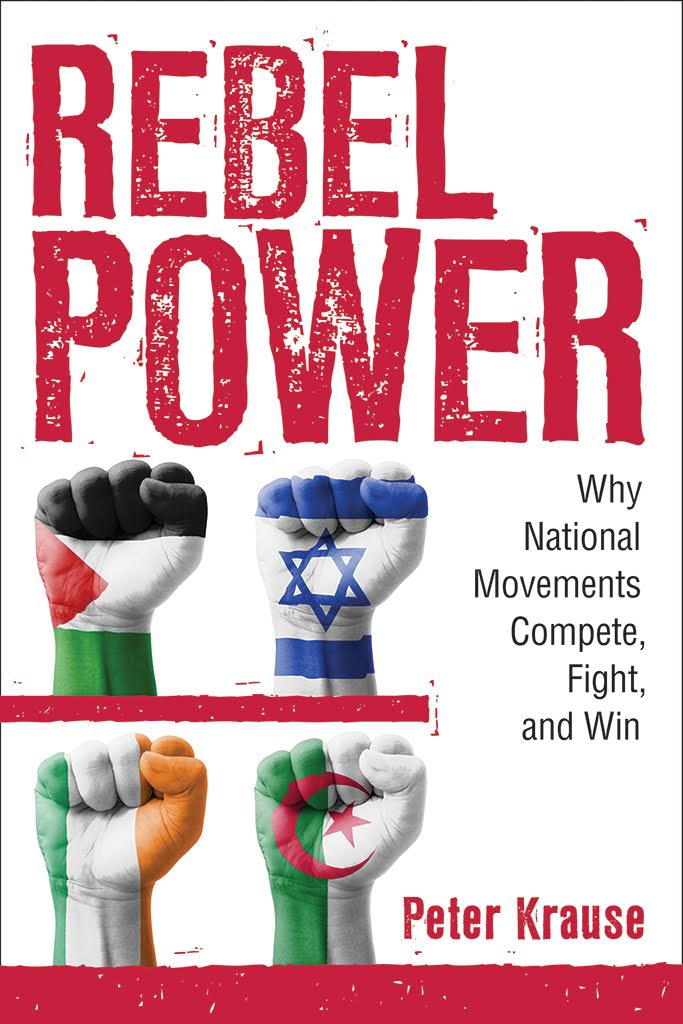 Peter Krause spoke with activists in Algiers, protesters in Ireland and fighters in Tel Aviv, and was struck by one pervasive trend: all of these people shared a desire for a state they could call home.

This was one example of the many lessons Krause, an associate professor at Boston College and START-affiliated researcher, learned while researching his book “Rebel Power: Why National Movements Compete, Fight, and Win,” which he published earlier this year.

“I pride myself on being able to communicate complex issues in clear, engaging ways to all types of audiences,” Krause said. “I work hard to remain a fair-minded analyst while operating in politicized issue areas like political violence and Middle East politics.”

At the outset of Krause’s career, while working on his dissertation, he received the Terrorism Research Award (TRA) from START and got the opportunity to work under and with established START researchers.

While completing his PhD in political science at MIT, Krause continued his research at Brandeis University and the John F. Kennedy School of Government at Harvard. He has published papers on the Syrian civil war, the Palestinian national movement and the 2001 U.S. operations at Tora Bora, among others. He eventually landed at Boston College where he works hard to balance his research with his role as a professor of political science and international studies.

How did you get involved in the field of international security and terrorism studies? 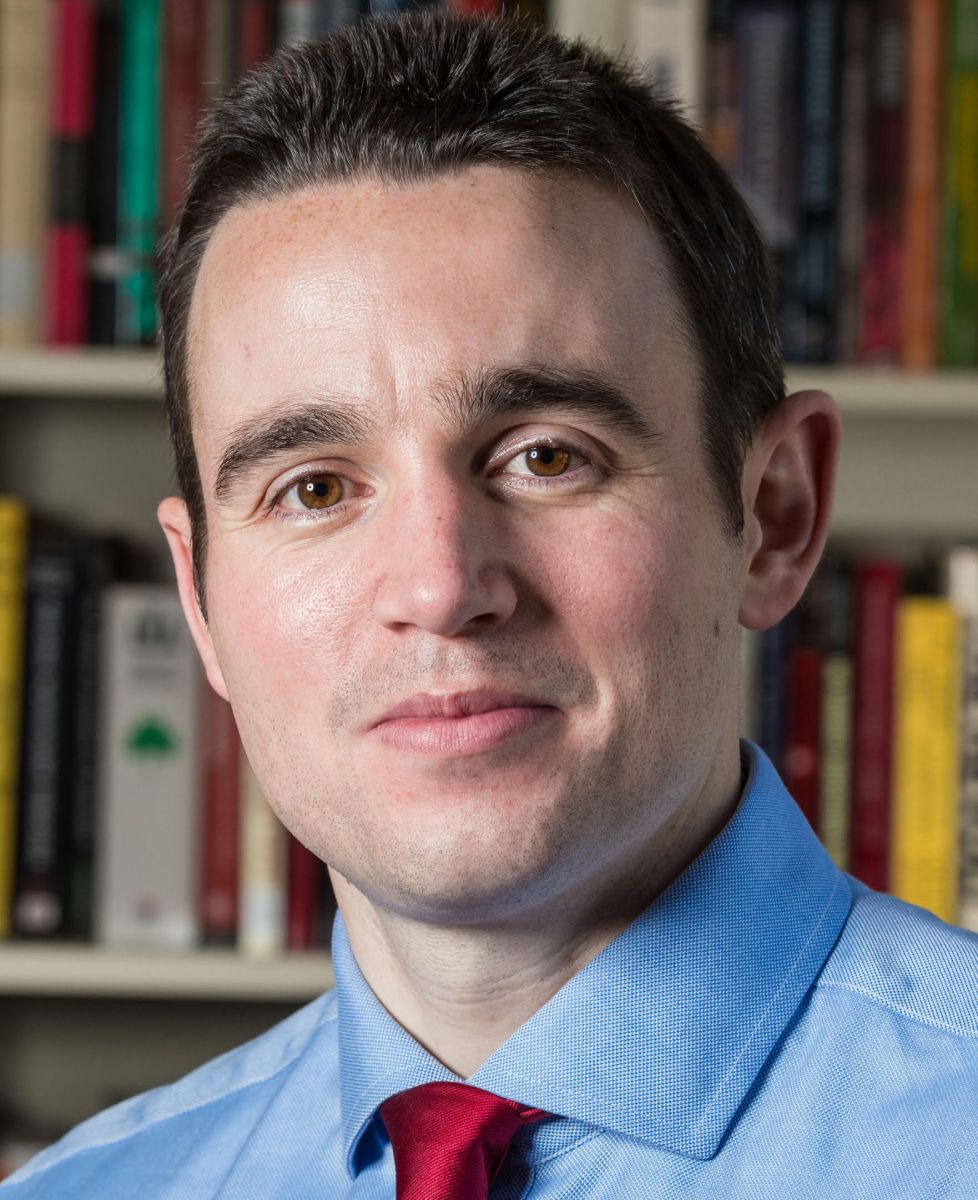 I grew up on the History Channel and in the “history and politics” sections of bookstores, so I’ve always had the bug to some extent. I’ve always had a particular interest in U.S. foreign policy, particularly in areas of the world in which I felt that Americans had little understanding and the U.S. government could improve its conduct.

From high school onward, it became very clear that no region fit the bill more than the Middle East. I am fascinated by the politics of the region, where nationalism, state borders, and power politics remain q​uite live issues. At the same time, I am driven to study conflict and how to prevent it, and in many ways terrorism and insurgency are the conflict of our time. Unfortunately, much of this violence is currently concentrated in the Middle East due to the numerous civil wars in the region, and so my regional and topical focuses overlap.

Along the way, I have been incredibly fortunate to have wonderful professors to guide me in my research on both topics. I took my first class in political science with Marc Lynch at

I have also been fortunate to work with and be mentored by great scholars through START, like Martha Crenshaw and Victor Asal.

What keeps you interested in the research you conduct?

First, I care deeply about doing policy-relevant work. I don’t just research and write for myself or a few other professors. I do it to help educate my students, fellow citizens, and governments, with the belief that a more informed public and more informed policymakers lead to better political and social outcomes.

That’s why I research issues like the causes and effectiveness of terrorism and political violence; not simply because they interest me personally, but also because I believe they are of great interest to those around me.

Second, the modern subfields of political violence and Middle East politics are still relatively young, so there are so many fascinating dynamics to study and explain. I am excited to be one of many scholars working to improve our knowledge of these key issues.

If I ever need a boost to keep studying these heavy topics, all I need to do is deliver a talk to a public audience. Their passion and interest in Middle East politics and political violence reminds me of why I do what I do, and how the impact of my work can reach far beyond the words on a page.

How do you balance research and teaching?

Thankfully, I love both research and teaching, so although it seems there is never enough time, whatever time I do devote to either is well spent.

There are two great examples of connections between the two.

First, my research team, The Project on National Movements and Political Violence, is a collection of 10 to 20 research assistants who work with me each semester. The team supports all of my research, from coding and analyzing original datasets to assisting with research in the archives to editing and proofreading publications. At the same time, I provide hands-on guidance to all of my research assistants in these key skills, which allows them to gain experience and learn above and beyond what they gain in the classroom.

Second, I was inspired by teaching my first class on terrorism to help address a longstanding question in the field. The question being how large is the threat of terrorism, and how does one’s knowledge impact one’s assessment of the threat? Both sides argue that individuals would agree with them if they only knew how many terrorist groups exist or how few Americans die from terrorist attacks, but these claims have not been subject to rigorous experimental testing. After initially surveying the students in my class and a control group of those who requested entry after randomly receiving later registration times, we have now surveyed thousands of students at over 10 universities across the country before and after they took classes on terrorism to analyze the effect on their attitudes.

START and its researchers have been incredibly helpful in this endeavor, which just yielded the first of what we hope will be numerous publications: “Know Thy Enemy: Education About Terrorism Improves Social Attitudes Toward Terrorists,” in the Journal of Experimental Psychology: General.

How did your new book come about?

I began to consider the topic as I was fortunate to be accepted as a START Fellow in 2008, when I was just starting to work on my dissertation. The project I completed during my time as a START TRA on organizational motivations for violence helped form the foundation for my dissertation and my book “Rebel Power: Why National Movement Compete, Fight, and Win.”  I am forever grateful for the experience, and to have Martha Crenshaw as my mentor in the program. She is as generous with her time and guidance as she is a prolific and distinguished scholar.

The decision to write the book itself was based on its position at the nexus of so many key topics, combined with the lack of adequate answers to its central questions.

I realized that much of the existing literature on the causes and effects of political violence looked at terrorist organizations and insurgencies as unitary actors, whereas I believed that the internal politics between organizations was the key to explaining why they opted for violence and why their shared movement succeeded or failed.

I knew it was the right project when I generated an original theory that explained the behavior of political organizations and the outcome of their struggles using the internal balance of power among factions.

When I was able to test that theory by conducting extensive interviews with former movement members and research in archives across the Middle East, North Africa, and Europe, I knew I could write the book I wanted.

Why is fieldwork so critical to your work?

Fieldwork is essential to understanding a place and its people.

If someone told you they were an expert on the United States but had never spoken to an American or visited the United States, I think most of us would be somewhat skeptical. And yet, we seem to have less of an issue with people analyzing the Middle East who have never lived there, or writing about insurgencies without ever talking to an insurgent.

Even if one is doing statistical analysis or laboratory experiments, so much is gained from talking to participants in whatever area one is researching. When I do fieldwork and interviews, I always get new ideas for theories, new perspectives on events, and, most importantly, new questions I never thought to ask.

Beyond research benefits, I believe we have an ethical responsibility as researchers to give back and work with those we write about. I don’t do it as well as some exemplary folks in our field, but I always try to clearly communicate what I am doing, tell a clear and fair story, and share my findings.

How do you hope your book can shape the conversation on national movements and political violence and nonviolence?

For policymakers and the general public, I hope the book opens their eyes to the importance of understanding the internal dynamics of national movements, insurgencies, and terrorist organizations

More specifically, I hope they grasp some of its key lessons, including that the search for “moderate” allies and the fight against supposedly irreconcilable “extremists” is often misguided. Groups’ positions on employing violence, negotiating, and supporting an end to a conflict has as much to do with their position of power as their ideology or leadership.

Furthermore, it is difficult to both decrease violence and achieve victory, let alone democratize, due to the fact that such goals call for opposing strategies regarding movement structure.

For professors, “Rebel Power” is a great text for classes on Middle East politics, nationalism, social movements, terrorism and political violence, causes of war and conflict, and classes on Israel, Palestine, Algeria, or Ireland and Northern Ireland.

For future research, the book provides a clear, parsimonious theory than can be applied to any other insurgency or national movement, as I have begun to do in subsequent projects.

How has serving as an editor informed your own writing?

Being an editor has taught me about other great work in our field, how to be a better writer, and how edited volumes are true passion projects, given the significant effort one must put into coordinating so many professors at once.

Writing chapters within Coercion: The Power to Hurt in International Politics (Oxford University Press, due out this winter) allowed me to test my theory on a new case and region, specifically Eritrea and Africa, as well as place my theory and findings within the broader context of coercion. The volume was designed to focus on tools, such as terrorism, sanctions, drones, cyber warfare, intelligence, and forced migration; actors, such as insurgents, social movements, and NGOs; and mechanisms, such as trilateral coercion, diplomatic and economic isolation, foreign-imposed regime change, coercion of nuclear proliferators, and two-level games, that have become more prominent in recent years, but which have yet to be extensively or systematically addressed in either academic or policy literatures.

My work fits squarely within that mission, as does that of 14 excellent scholars my co-editor Kelly Greenhill and I were able to assemble.

What words of wisdom do you have for a young scholar who wants to do the kind of work that you do?

Spend time honing key skills that will pay off later on, whether learning a language, conducting ethnographic research, or doing statistical analysis. These skills take years to hone, so start them early.

Surround yourself with students and faculty who challenge you but also support you. A good network of individuals from whom you can learn and work with is one of the most valuable things you can have, both personally and professionally.

Finally, put some consideration into where the gaps are in the field, but recognize that there is always a need for people who work hard and produce top quality work in any area.​