It’s often difficult for an ordinary person to understand the way an extremist views the world, but START researcher Dr. Arie Kruglanksi breaks it down in his recent article for Reuters and in a longer form article for E-International Relations.

In addition to performing research for START, Dr. Kruglanski is a Distinguished Professor at the University of Maryland. He earned his Ph.D. from the University of California and has had a long and remarkable career as a social psychologist. 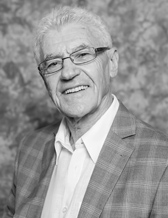 Q: In recent news media interviews, START Executive Director William Braniff among others have spoken to the fact that the actions and views of ISIS do not represent the majority of Muslims, but a very small minority of extremists. Could you elaborate on what makes this minority so vulnerable to ISIS propaganda?

A: We know from our research that people who have a high need for cognitive closure respond positively to black-and-white ideology that paints everything in sharp colors, like good versus bad, right versus wrong or sacred versus profane. Also, people who have experienced a loss of significance and craving for stature tend to respond enthusiastically to ideologies that promise them significance. Many youngsters find significance and cognitive closure in mainstream ideologies, but some who feel particularly uncertain, or are particularly prone to seek immediate significance, are attracted to extremist ideologies that preach violence. There are situational causes and personality differences that combine to produce susceptibility to an extremist ideology.

A: Young men are the prototypical volunteers for terrorism. Violence and fighting have been traditionally the province of young men and their way to distinguish themselves by proving their courage and aggressiveness. Some women can be attracted to the possibility of becoming wives of warriors. However, it is the warriors (men) who have most of the glory.

A: I think they all did. Ehud Sprinzak wrote in 2001 about megalomaniacal hyper terrorists (see his article in Foreign Affairs) and he mentioned Bin Laden, Mohammad Atta and others. The older Tsarnaev brother sought significance through boxing and other ways and was frustrated by the lack of status and respect he had in America. The quest for significance is a general motivation that underlies vengeance, honor seeking, love for leader and a plethora of specific motives that were listed as responsible for terrorism and radicalization.

Q: How do Islamist extremists believe “their brethren in faith” are being “humiliated and disgraced?” How do they justify their actions then, if those actions contribute to the stigmas and stereotypes of their religion that cause the hardship and victimization they’re attempting to eliminate?

A: Extremists want to regain their status by showing how powerful they are by causing harm to the victims and inducing fear in others. This violence is a more primitive and direct (in their opinion) way of gaining significance, as compared to playing by what they consider unfavorable rules.

Q: If the Islamic State didn’t force women into marrying its fighters, do you think women would still want to voluntarily be wed to them? If so, can you explain the psychology behind that?

A: Some women do volunteer to marry fighters because they feel they will be highly respected and admired by spawning children for the glory of Islam and caring for brave warriors for Islam. Not all women are forced to marry jihadists. Some are happy to volunteer.

Q: What is the best way to combat this type of extremist thought?

As I say in the article, to combat this extremism, the glamour of jihad must be countered by an alternative glamour; the charisma of martyrdom pitted against a different kind of charisma, the appeal to primitive drives redirected, jiu jitsu style, against the brutality of the enemy, turning the psychological tables on the Islamic State.

On October 28, Dr. Kruglanski further expanded upon the topic of extremist psychology in a research article for E-International Relations. You can find that article here.

Washington Post: Courier for Mexican cartel pleads guilty to money laundering
National Institute of Justice: Domestic radicalization and deradicalization: Insights from family and friends
Russia Matters: Foreign fighters in Ukraine: What concerns should really be on the agenda?
END_OF_DOCUMENT_TOKEN_TO_BE_REPLACED