Dr. Erik Dahl speaks about intelligence failure, and his unique map to improvement 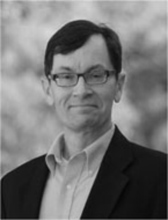 nesday June 25, START research affiliate Dr. Erik Dahl spoke at START headquarters about his book “Intelligence and Surprise Attack: Failure and Success from Pearl Harbor to 9/11 and Beyond.”

In his book Dahl challenges the conventional wisdom about intelligence failure, and sets forth his own findings about what is needed to improve.

Conventional thinking identifies several problems with intelligence analysis, Dahl said, which have supposedly allowed events such as Pearl Harbor and 9/11 to happen. The first problem identified is that while we collect the information and warnings, we "fail to connect the dots." The second is a “lack of imagination,” and the third is an absence of “big picture, long-range intelligence.” However, Dahl thinks we may be looking for answers in the wrong places.

“Our academic understanding lies mostly on our intelligence failures,” Dahl said. “That makes sense. It’s mostly when things go wrong that we look at them. But if you’re trying to do better, shouldn’t we learn from intelligence successes?”

Instead of the traditional issues thought to cause intelligence failure, what we really lack is specific and compelling, actionable evidence, Dahl said.

As an example, he cited a lesser known Japanese operation several months after Pearl Harbor known as Operation K. Before the operation occurred, lead U.S. Cryptographer Joseph Rochefort connected the dots and warned his commanders about a possible operation, Dahl said. However, he hadn’t fully broken the code and didn’t know for sure, so his commanders said there were no indications of an attack. In the middle of the night two Japanese aircraft flew over Honolulu and dropped bombs that exploded harmlessly, but frightened local residents, Dahl said.

“The problem is when an intelligence analyst takes a piece of great analysis to a decision-maker, the decision-maker isn’t going to buy it unless it’s accompanied by some darn solid evidence,” Dahl said

Dahl also cited an instance leading up to 9/11 in which the Federal Aviation Administration was warned about a possibility that terrorists could hijack and use commercial airlines as bombs. Once again, the lack of solid evidence left the decision-makers unconvinced.

Dahl is an assistant professor of national security affairs at the Naval Postgraduate School in Monterey, Calif. He retired from the U.S. Navy in 2002. Currently, he is studying unsuccessful domestic terrorist plots in the U.S. His book, “Intelligence and Surprise Attack: Failure and Success from Pearl Harbor to 9/11 and Beyond” can be found on Amazon.