While the ​​focus remains on the potential effects of the Turkish intervention in Afrin across the Middle East, 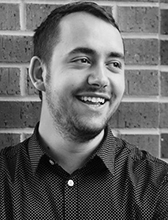 the Operation Olive Branch is a strategic play in President Erdogan’s path to securing a victory in the 2019 Presidential Elections. Faced with his first legitimate challenge from Turkey’s “Iron Lady” Meral Aksener, Erdogan turns to fighting Kurds in Syria with hopes of raising the nationalist sentiment within the country and curtailing Aksener’s growing influence over the nationalist conservative base. Erdogan’s risky gamble may fail to boost his popularity – especially considering Aksener represents an alternative platform that is ideologically similar to Erdogan’s with a promise to end the Erdogan’s authoritarian rule in a milestone election that will grant the winner almost unlimited and unchecked executive power.

When the AKP burst onto the Turkish political scene, Erdogan campaigned on improving Turkish democracy and won significant victories in subsequent elections with the help of Kurdish voters in the predominantly Kurdish Southeastern provinces. In return, Erdogan’s agenda included improving the rights and conditions of the Kurdish minority living in Turkey, including legalizing education in Kurdish and launching the first Kurdish-language TV channel, and ending the PKK (Kurdistan Workers' Party) insurgency against the Turkish state. Ankara and the PKK finally reached a ceasefire in 2013 after months of negotiations and the PKK started to withdraw from Turkish soil. Despite these revolutionary efforts, however, Kurds always remained in President Erdogan’s back pocket as a bargaining chip. When the pro-Kurdish party HDP (The Peoples' Democratic Party) became the first of its kind to exceed the Turkish electoral threshold (10% of popular vote) to be represented in the Parliament, contributing to a significant drop in the number of seats held by AKP, Erdogan reignited the Turkish-Kurdish conflict. As the Economist put it, “the hatred [of Kurds] never went away,” it was manipulated by Erdogan to be used at the right time.

Although Erdogan may have thought it is the right time to unleash yet another wave of anti-Kurdish sentiment, there is a difference this time: Erdogan never had a challenger like Aksener. Failing to upend Erdogan in the polls, Turkey’s main opposition parties, the secular-social democrat CHP (The Republican People's Party) and the ultra-nationalist MHP opted to follow different strategies. The CHP continued to isolate its secular base by attacking Erdogan and his party platform with accusations of anti-Kemalism and Neo-Ottomanism; while the MHP aligned itself closer with the AKP with the hopes of regaining its waning support among the conservative nationalist base, especially following the failed coup attempt in 2016. The CHP saw a glimmer of success in 2017’s much-disputed constitutional referendum on a series of regulations that proposed fundamental changes to Turkey’s political system. The CHP and HDP-backed “No” campaign, that opposed to a political system that gave the president unprecedented control over all branches of the government, came out on top in almost all major Turkish cities, eventually losing 51.4% to 48.5% to the AKP-MHP coalition’s “Yes” campaign. Never in the history of the Republic had a sitting president campaigned for a referendum until Erdogan, who is aware that the stakes are getting higher as he continues to consolidate his power.

While the CHP hopes to carry this momentum into the 2019 Presidential elections where Turks will decide between “a one-man regime” versus representative democracy as Erdogan seeks reelection, it is experiencing internal turblances. Many members of the CHP are unsatisfied with the current administration, and believe that a change of leadership is vital to CHP’s success in the upcoming election. Despite being recently reelected as CHP’s chair and showing support of Operation Olive Branch, the party members do not see Kilicdaroglu as a strong candidate against Erdogan. Kilicaroglu’s track record against Erdogan does not help either. The MHP, on the other hand, announced its full support for Erdogan’s candidacy shortly before the beginning of the operation. Having already purged much of the opposition and “secured” the alliance of the nationalist-conservative base, Erdogan turned to Turkey’s long-time enemies; the Kurds. Kurds are the obvious target for Erdogan who wants to kill two birds with one stone. Kurds have long been painted as the number one enemy to Turkey’s indivisibility and burder security. This resonates greatly with the teachings of the nationalist conservative political ideology, playing into the narrative of Erdogan as a strong man who protects Turkey from the enemies at home and abroad while embarking on a well-planned nation making project.

This very political atmosphere gave rise to Meral Aksener’s insurgency within the MHP and eventually lead to her splitting from the party to launch her own: The IYI (Good) Party. A seasoned politician and the former Interior Minister, she is well-known and respected within the nationalist movement, and is emerging as the first serious contender to Erdogan since 2002. Even the IYI Party logo bares a cunning resemblance to that of the AKP’s: A bold sun to AKP’s light bulb. The CHP is experiencing its own internal turbulences between those who support the current leader Kemal Kilicdaroglu and those who demand new leadership, but no matter the outcome, the party’s platform does not resonate with the Turkish voters outside the big cities. The MHP’s base, however, continues to weaken, raising questions regarding whether Erdogan could count on the MHP voters to carry him over the finish line in 2019. According to Turkish polling agency Gezici, Aksener is polling only 2.8% behind Erdogan in a potential head-to-head presidential match up. Another Turkish polling agency SONAR points to Aksener’s wide appeal and claims that Aksener could win “more than a tenth of AKP support” while eroding the support base of both the MHP and the CHP.

Aksener does not shy away from calling Erdogan a dictator, and often criticizes him for singlehandedly eroding Turkey’s democracy. In a recent interview, Aksener stated that Turkey has turned into a country where it’s not allowed to debate foreign policy in the parliament or in public because the foreign policy is shaped by Erdogan alone. She further commented that because of the extent of Erdogan’s power over all domestic and international government functions “the foreign ministry had been deactivated,” which de facto eliminated democratic accountability. As she campaigns on returning Turkey’s democracy to its better days, Aksener puts her money where her mouth is. Last week, IYI Party hosted a formal dinner with 300 attendees from twelve political parties, to hear their complaints, experiences and advice. In her welcome address, Aksener said “Turkey needs to converse. If Turkey could freely converse, we would have been able to address many issues, including Afrin, easily [sic].”

Erdogan’s recent alliance with Aksener’s old party, the MHP (The Nationalist Movement Party), and the increasingly aggressive operation in Syria point to signs of an impending snap election. Aksener forecasts that the election could take place as early as July 15, 2018. Realizing the emerging threat, Erdogan took a page from his own book: create political, economic and societal instability and uncertainty, diffuse the blame to “external powers” and the Kurdish minority to agitate the conservative nationalist base, and re-iterate Erdogan’s role as the great stabilizer and selfless leader of modern Turkey. It would, therefore, make sense that Erdogan may want to go for early elections immediately after the Operation, citing concerns of economic and political stability and security. This strategic approach paid off exponentially in the previous elections. Will he be able to pull it off again?

Max Erdemandi is currently working on a doctorate in Communication Science and Social Cognition at the University of Maryland. While at START, he was a member of the Political Instability and Counterterrorism portfolio, where he worked on government-funded research and education initiatives on counterterrorism policy and efficacy, P/CVE programming, partner capacity building, near-peer competition and cooperation, and strategic influence.