The fascinating puzzle of the GTD

The fascinating puzzle of the GTD

Erin Miller’s first introduction to the Global Terrorism Database came in 2004 as a graduate assistant with an assignment to standardize the 5,000 perpetrator group names linked to roughly 65,000 entries of terrorist attacks worldwide. While some may consider such data cleaning mundane, Miller describes it as a massive, fascinating puzzle, on which she was instantly hooked.

“Every entry I researched was a rabbit hole that gave me a crash course on a particular historical context, and reinforced how ludicrous it is to think of ‘terrorist groups’ as uniform, discrete entities with linear trajectories,” Miller says. “I worked on that task for about three years until every entry had been reviewed at least once and the perpetrator data were generally in decent shape.” 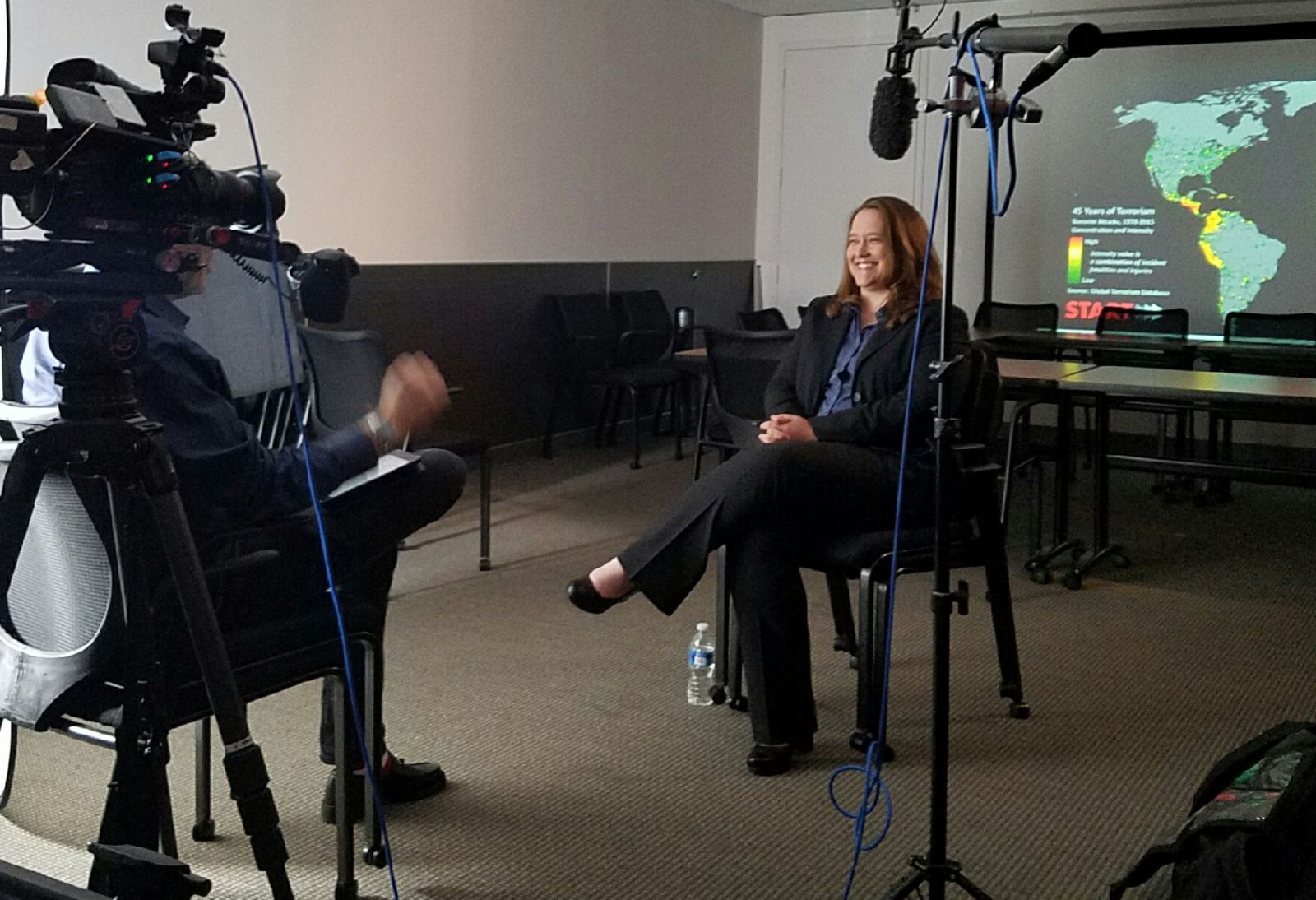 More than 80,000 entries and 12 years later, Miller is still engaged in the enigma of the world’s most comprehensive open-source database of terrorist attacks.

Miller has served as the program manager for the GTD for the past seven years, and leveraged GTD data – including the perpetrator data she was initially charged with cleaning – for her dissertation, “Patterns of Collective Desistance from Terrorism.” It was recently named best doctoral dissertation on terrorism and counterterrorism in 2015 by the Terrorism Research Initiative. The award letter lauded Miller for showing the heterogeneity and fluidity of terrorist groups and for being “the heart and soul” of the GTD.

Miller would never take such credit – she is the first and loudest voice to identify the team effort that fuels the enormous undertaking. Though she has spent more than a decade in the trenches of data collection and analysis, she is still humbled by the sheer magnitude of information the database contains. That hasn’t changed since her initial tasking.

What was your first impression of the Global Terrorism Database?

The GTD has always been overwhelming, but in a really exciting way. I remember thinking "wow, we have a ton of work to do, but it's going to be fascinating, and it's going to be rewarding, useful and important." That hasn't changed. I still have that same thought pretty much every day, but if anything, it's doubled down on all counts.

The vastness of the work has increased in many ways, and I've become more and more aware of how useful it is. For years I was so focused on the task of figuring out the puzzles, resolving inconsistencies in the data, and tying off loose threads that I had no concept of how widely people were using the data. Our engagement with users started to increase gradually, and then more rapidly, and before long were routinely hearing from users about how they use the data. Users are from all over the world—students, researchers, think tanks, journalists, policymakers, NGOs, etc. It's really gratifying.

What gets you excited about the work you do?

The fight against terrorism, not unlike other types of crime, is often subject to misconceptions. Good data—whether big or small, quantitative or qualitative—is fundamental for really understanding these problems in order to have any hope of solving them. Datasets are never perfect, and must be used thoughtfully and responsibly, but for serious topics in need of objective reality we definitely have a responsibility to make our best effort.

The most exciting thing about producing the GTD as a public good and taking care to ensure the quality of the data, is that it's a tremendous opportunity to be a force multiplier. If we maximize the quality of the information that thousands of people use to do their jobs, that's a far bigger impact than just trying to do a good job on my own personal research.

In addition to the data itself, your analysis of it is cited widely throughout the world. How does it feel to see your work in print or on air like that?

It is rewarding, yes, but the most rewarding aspect of my job is working with the GTD team. Data collection is not glamorous work. There is not a lot of personal glory to be had, yet my team works extremely hard on a topic that is intellectually and emotionally challenging, and often politically charged. And without exception, their only agenda is to get it right: to find and document the details as accurately and consistently and comprehensively as possible, and to figure out how to best deal with inevitable uncertainty.

Have you had any “Mission Accomplished” moments here at START?

The closest I've been to Mission Accomplished is when we moved the entire data collection process to START headquarters, and there were about a million ways it could've gone wrong. I developed a sort of novel workflow, hired smart people, tried to consider all the possible contingencies, and by some miracle it worked. Obviously, we've continued to tweak it here and there, but there was definitely a sense of accomplishment.

What drew you to this line of work?

I was drawn to criminology and criminal justice by a handful of inspiring professors, but my love for data crunching comes from some innate parts of my personality. I have an almost obnoxious appreciation for connecting a person with a bit of information they're in need of – providing a sort of information customer service. When I was in middle school I volunteered at the local library and then in college I worked at a bookstore. It was really satisfying to make people happy by handing them the thing they were looking for. 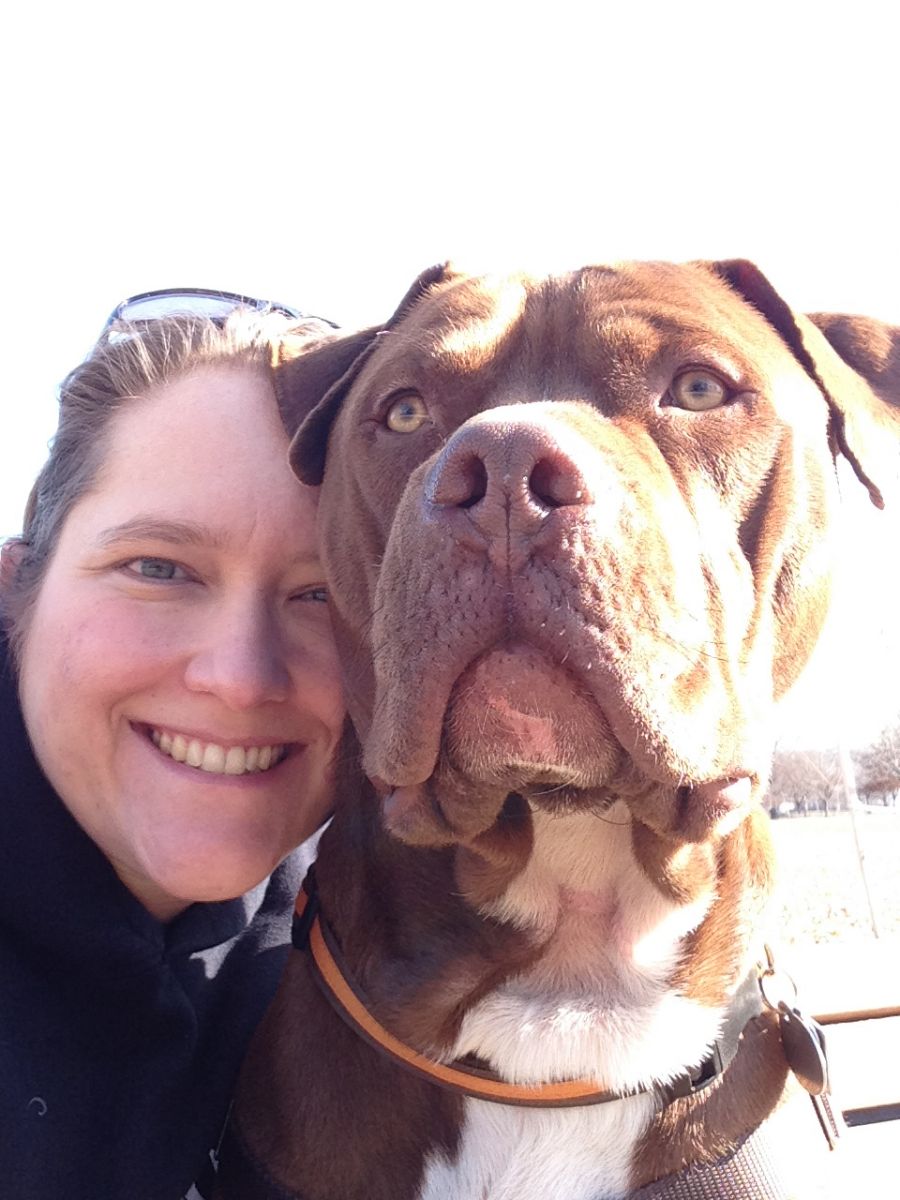 I also have always loved organizing stuff in ways that make sense and are useful. When I was in high school I volunteered in the operating room where my mom worked as a nurse; mainly I assembled kits of various surgical instruments needed for particular procedures. It was great. Working on the GTD has been kind of a combination of these things, only much more challenging, obviously.

What advice would you give to someone launching some kind of large data collection effort?

It might sound boring, but focus on the basics (I still routinely use principles I learned in introductory research methods classes). Plan for the worst case scenario in terms of the resources that will be needed. Always validate the data. Get really comfortable with imperfection, but challenge it as much as you possibly can. There are no magical columns of magic.

Given the weight of the topic of terrorism, how do you keep balance and perspective?

The work definitely has a huge impact on one's perspective, which is impossible to avoid. The heaviness and challenges can be tough at times, so when I do unwind it's usually by doing silly, attainable things like teaching my dog new tricks. It also helps that START is home to many good-natured people with charming senses of humor. It's hard to be too depressed around people who spend three months growing beards modeled after Civil War generals as a team building exercise.

The Wall Street Journal: Cities Were Filled With Mass Protests in the Summer of 2020. They Are Different Now.
ISC News: Horizon scanning for future threats: An emerging technique for security
The Atlantic: When Women Lead Protest Movements
END_OF_DOCUMENT_TOKEN_TO_BE_REPLACED

Tortured Logic: Why Some Americans Support the Use of Torture in Counterterrorism