From Kosovo to College Park

From Kosovo to College Park

To prepare for her internship a world away, Kately 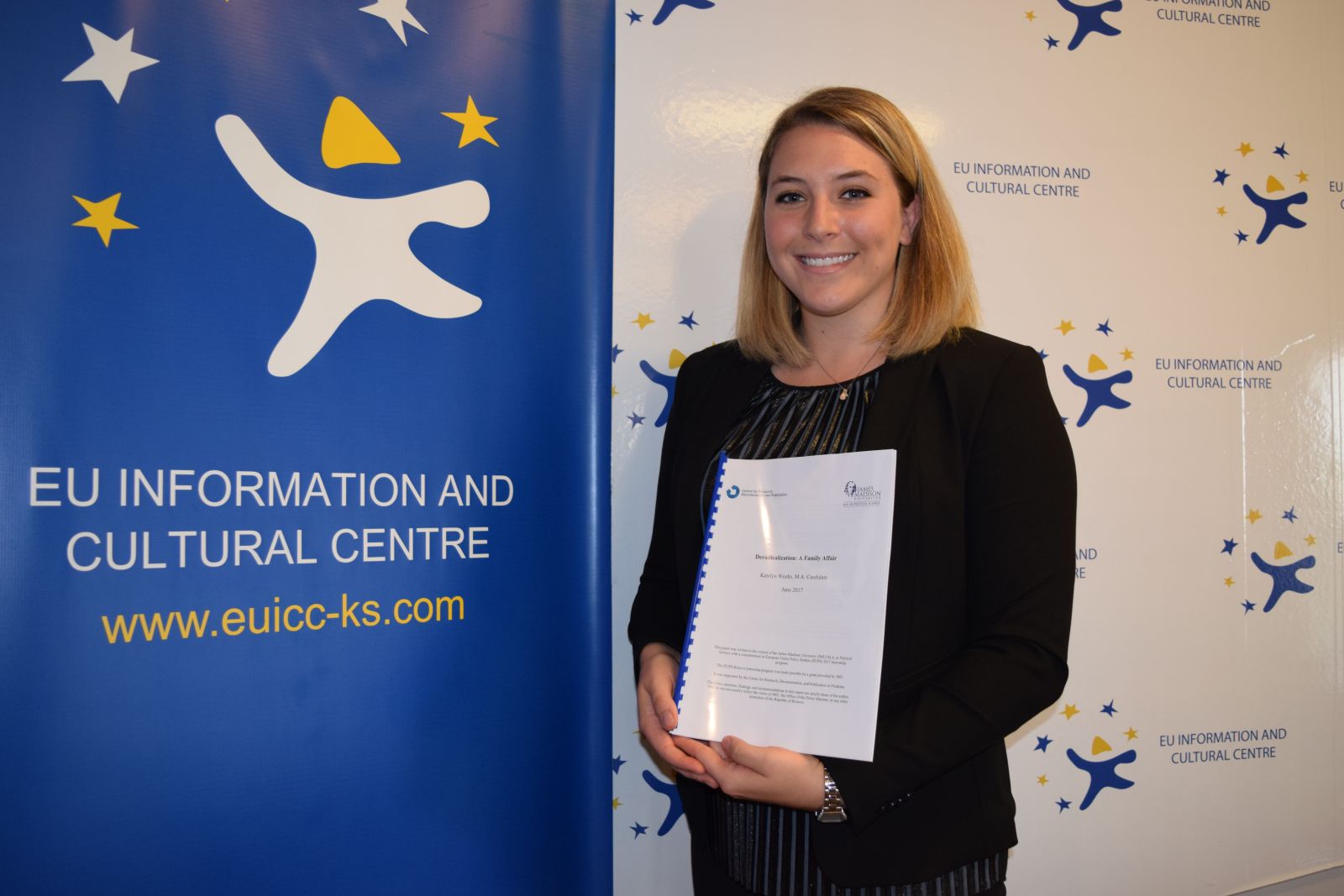 n Weeks spent weeks poring over books and articles on extremism. A common theme emerged from the mountains of papers and caches of online journal articles: religion often influenced terrorists’ motivations to engage in extremism.

“I thought that religion would have to be the top factor for the high number of Kosovars participating in violent extremism given the religiosity there,” Weeks said.

In her semester abroad as a Policy Analyst Intern for the Office of the Prime Minister of Kosovo, Weeks learned that the research she did before her trip only scratched the surface of the topic of violent extremism: the picture on the ground was much more complex.

Upon her arrival to Kosovo, Weeks was assigned to draft a new policy for Countering Violent Extremism (CVE). She began preliminary interviews and research into the extremism problems in Kosovo. She found that many civilians returning from fighting in foreign wars were being jailed for their extremist views – views that are strengthened in Kosovo prisons.

Weeks had the opportunity to interview diplomats from the U.S. Embassy in Pristina, scholars from the Kosovar Centre for Security Studies, university students that were engaged in civil society programs as well as Besa Kabashi-Ramaj, the Strategic Security Sector Review Coordinator who authored and supervised the strategies used by the Kosovo government.

Kosovo already had policy in place regarding establishing civil society programs and national strategies aimed at preventing radicalization among its population. Based on a recommendation from one of her interviewees, Weeks chose to aim her policy toward family counseling.

She worked to transition research on the family counseling process into applications for preventing radicalization, assisting in de-radicalization and reintegration. 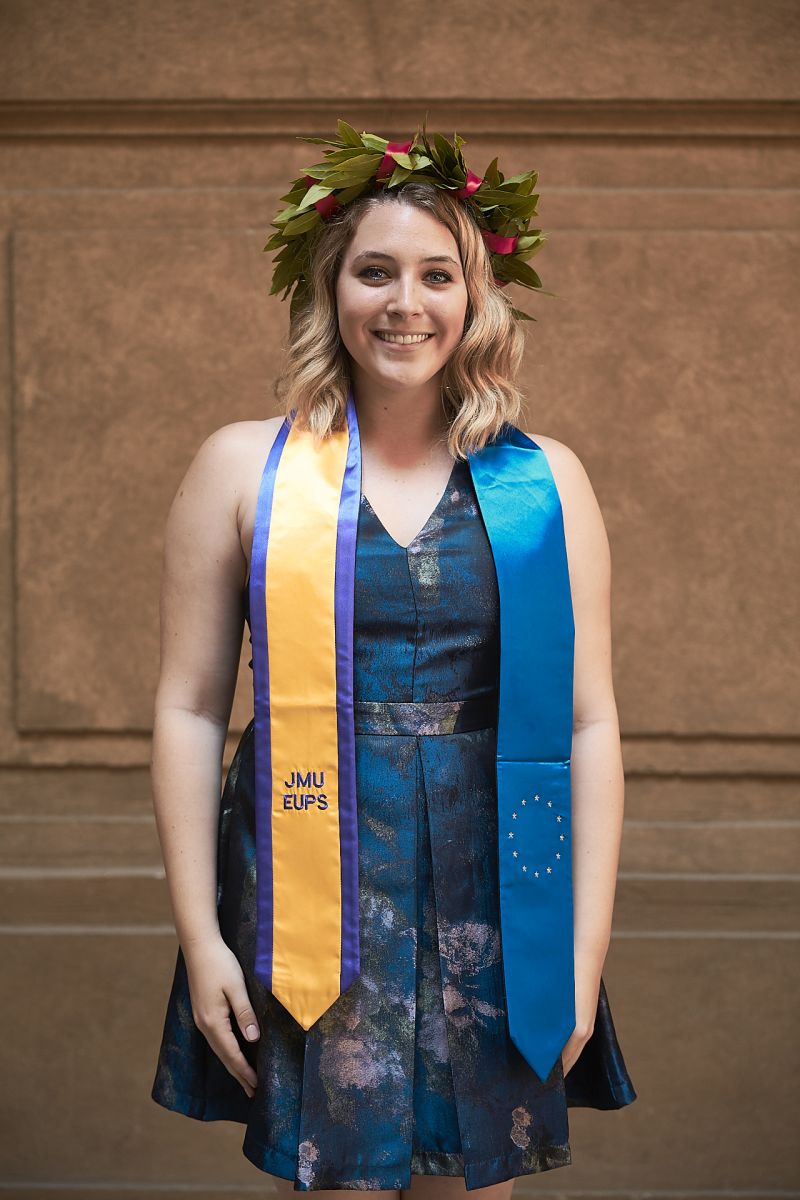 “I determined that Kosovar society was disrupted during war but has remained resilient and retained traditional familial structures and dependencies,” Weeks said. “So family counseling could theoretically work due to the social bonds that are established between family members.”

Finally, Weeks presented a policy that provided a well-developed plan with specific recommendations on where resources and funding could be found and how family counseling initiatives could be supported through existing government institutions.

“[Kosovo] taught me that real life does not always match up to literature on a topic,” Weeks said. “You have to go into field work expecting this variation if you want to understand the true dynamics of a situation.”

With an educational background in liberal arts, heavily focused on writing and literature, the James Madison University graduate student has been pleasantly surprised by the data-driven research and analysis in her current internship with START’s Unconventional Weapons and Technology Division (UWT).

“My work at START has already inspired me to tell my past self, ‘Don’t be so afraid of science!’” Weeks said. “Understanding the physical world and how it plays into terrorism will be essential to learning about weapons in terrorism and how they can affect the world.”

Apart from the research and critical thinking skills she has developed, Weeks values her internship at START for its professional opportunities.

“I feel like no matter what direction I go in my career, that there will be START alumni there who have already blazed the trail,” she said. “The people I’m working with at START have already established an invaluable professional network that I am hoping to tap into.”

In the future, Weeks is open to a variety of careers in international security and hopes that her experience at START and abroad will be applicable to many positions in the field.

Week’s work in Kosovo is not publicly available but was sponsored by the Centre for Research, Documentation, and Publication (CRDP), whose mission and other projects can be found here: http://crdp-ks.org/en/ .