START Director Gary LaFree and Executive Director William Braniff were among those invited to preview the National September 11 Memorial & Museum earlier this month, before it opened to the public May 21.

While working at the Combating Terrorism Center at West Point, Braniff participated in two webinars for the museum’s online exhibit “Exploring 9/11: Middle East History and Security.” He provided two professional development lectures for the museum staff geared at helping them understand 9/11 in a broader context, to include how to understand and explain al-Qaida from an organizational, historical and political perspective. As part of a speaker series, Braniff offered a public lecture from the 9/11 Museum Preview Site on “Understanding al-Qaida.”

While at START, Braniff continued to work with the 9/11 Memorial Museum, being interviewed for and appearing in the “Reflecting on 9/11” exhibit, an ongoing media installation that tracks personal reflections about 9/11 by government officials, historians, 9/11 survivors, family members of victims, journalists and museum visitors. He also continued to advise the museum staff on the treatment of al-Qaida in Part 2 of the September 11, 2001 Historical Exhibition.

Braniff’s reflections on the 9/11 Memorial Museum:

“It is a powerful place. That might seem like an inevitable outcome given the significance of the events of September 11, 2001, but the museum staff faced an exceptionally difficult set of challenges that could have undermined their efforts. How do you tell the story of a spectacular act of terrorism without aggrandizing the terrorist organization?  How do you balance respect for the victims and their families, with the mandate to document the tragic history in an unadulterated way?  How do you document the motivation behind the attack of a self-declared religious terrorist group without offending the Muslim community for whom al-Qaida does not speak? 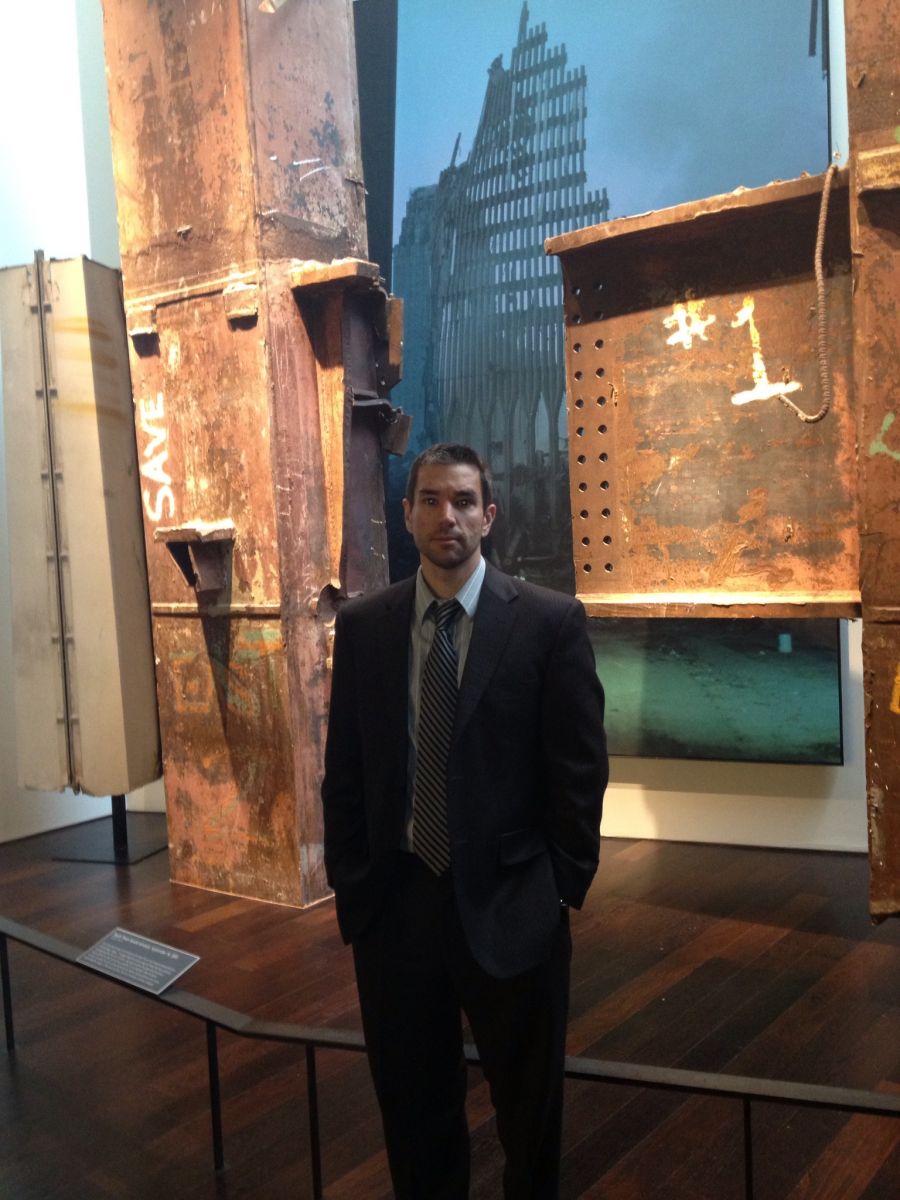 As a result of these pressures, I believe the staff created an exceptionally well thought-through museum.  The architecture, volume and physicality of the museum strikes you as you descend down the ramp towards the museum floor; it communicates immediately at a guttural level that you are someplace meaningful and separate from your day-to-day life.

The awe of that expansive space is quickly filled, one individual story at a time, by the physical objects, recorded phone conversations and images of that day. The artifacts tell the tragic and heroic stories of 9/11 in a deeply personal way, documenting the humanity of the event and its aftermath.  The sum of these individual stories begins to tell a bigger story, but the museum staff understood that visitors to the museum would not find the answers to all of their questions no matter how much time they took to absorb the dense exhibits.

The final exhibit, a set of interlaced interviews with policy makers, first responders, victims, families and scholars, provides a multitude of different answers to some of the most difficult questions raised by 9/11: what have we learned since then?; why did this happen?; how has my life changed since then?; how do we balance security and freedom in the post 9/11 world?  The exhibit is interactive; visitors can record their own answers to these questions, further adding to the tapestry of perspectives that comprise the museum.”

LaFree’s reflections on the 9/11 Memorial Museum:

“At the most basic level a museum is simply a building in which objects of historical or cultural interest are exhibited. Most museums have as one of their goals giving visitors a better understanding of some period of history, or series of scientific inventions, artistic developments or historical events. We can probably think about the museums we have visited and rank them in terms of the extent to 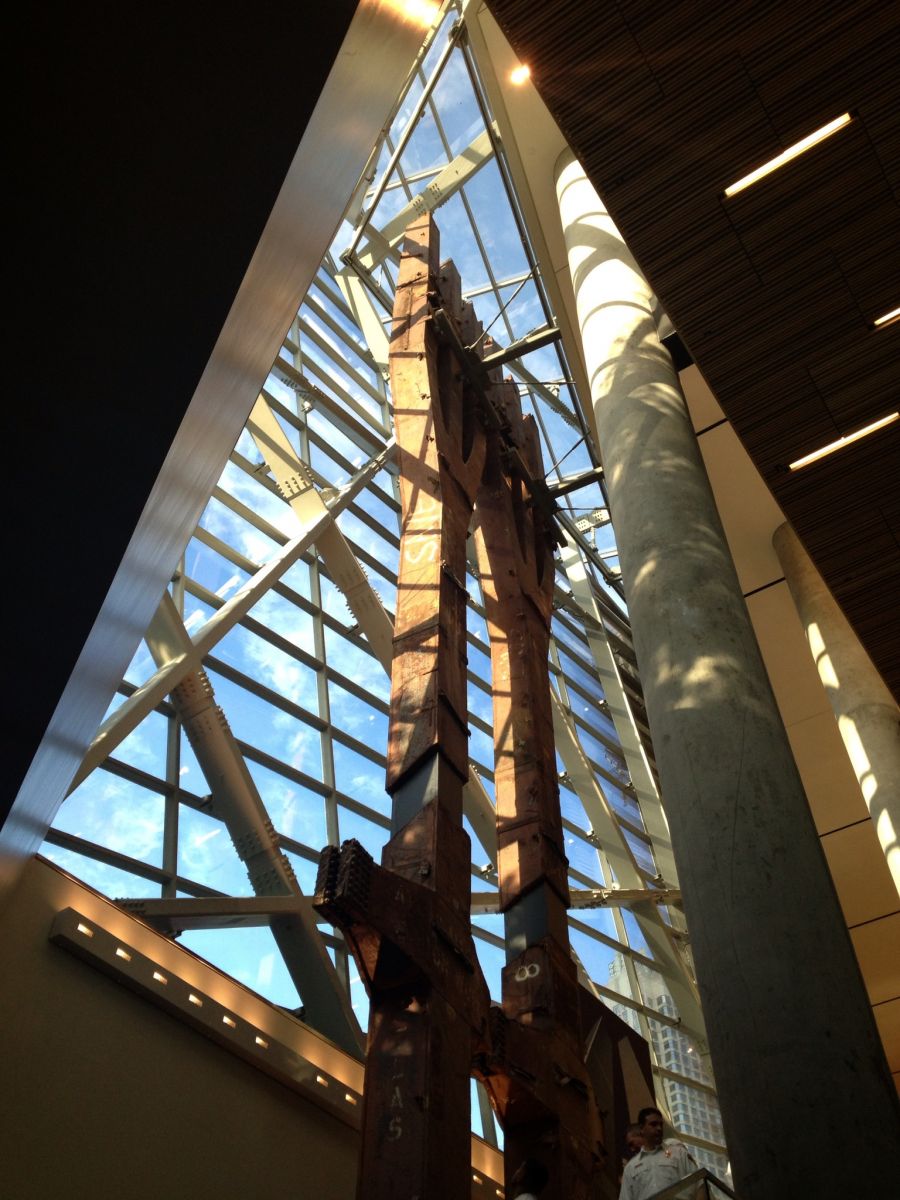 which they succeed in making visitors feel that they somehow share the epoch or the experience being presented.

What I found perhaps most memorable about the 9/11 Museum is the immediacy of the experience—I left feeling like I had directly relived that sunny morning in September.

My guess is that several things contribute to this feeling.  First, the technology that went into designing this museum is truly impressive. The exhibits really take advantage of all the latest gadgets. Second, the 9/11 attacks themselves are among the most intensively recorded and studied events in world history.  So there is an amazing amount of primary data available for use in a museum.

In one display visitors face a wall with an image of the twin towers and are able to hear in real time actual recorded conversations from the people in the buildings as the morning unfolded. As each new person enters the conversation lights show where they were located in the towers. As events gradually evolve, and with the advantage of hindsight, the experience is incredibly moving. For example, we hear a person near the top of tower two tell loved ones that he is perfectly safe because only tower one has been hit.

And finally, because the museum is located in the footprints of the twin towers, it puts visitors spatially into the event in a much more immediate way than a museum in a distant location would have done. In fact, in the middle of one of the Museum’s central exhibit spaces, it is possible to see the outlines of both towers. It is an impressive way of remembering this pivotal event in world history.”