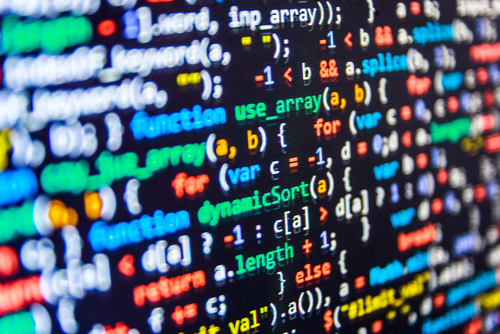 START-affiliated researchers ​​Karsten Donnay (University of Konstanz), Eric Dunford, Erin McGrath, David Backer, and David Cunningham have released a new tool to aid in the unbiased understanding of political instability through the integration of event data sets typical of an unstable political climate, ranging from protests to political violence to terrorist incidents.

The tool, “Matching Event Data by Location, Time and Type” or MELTT, was spawned as the “dependent variable” for the National Science Foundation’s Interdisciplinary Research and Education (INSPIRE) project, which uses data science to predict political instability through grievances measured on global media, including social media.

“To measure political instability as a concept, we needed to incorporate data on a variety of different types of activities,” said Erin McGrath, a START post-doctoral researcher and a member of the MELTT development team.

MELTT was conceptualized in 2015 by Backer, Cunningham and Dunford. The team, along with University of Konstanz Assistant Professor of Computer Social Science Karsten Donnay and McGrath, spent a year developing the tool, a user guide, and a forthcoming methodological paper and accompanying conflict event dataset.

“MELTT arose from a need for a more comprehensive measure of conflict and contentious activity,” McGrath said.

In order to attack political instability, the INSPIRE project team needed to use data on a multitude of events that occur in an unstable state, such as protests.

“Most researchers bring this data together by hand, but realize that this is not only too time consuming, but also that it requires them to make a range of assumptions that should be explicit,” McGrath said.

Researchers integrating event datasets had to avoid inadvertent duplicate results of the same incident. To do this, they needed a way to specify how close two event observations had to be in space, time and type to identify them as the same event. McGrath said the researchers found that it was impossible for a single set of parameters to bring the data together perfectly.

MELTT allows for these parameters to be transparent and reproducible, allowing researchers to test whether modifying the variables will change how data sets fit together.

“To this end, MELTT offers a bridge between different subfields of political research,” McGrath said.

The most obvious application of the MELTT tool is to effectively illuminate event data that is coded for space and time, which is applicable in the realms of political science, criminology, economics and public health. However, MELTT is useful to anyone who needs to generate datasets about events.

McGrath said, “All in all, MELLT’s key asset is its flexibility.”

Our hope is that this tool will spark research questions about the relationship between non-violent and violent activity, conflict escalation and diffusion, and organizational behavior in these settings, McGrath said.

The tool was initially validated by integrating a year’s worth of event data from Nigeria in 2011. According to McGrath, a result that would have taken 40 hours to produce by hand was produced in a matter of seconds using the MELTT tool.

“This allows us to see dynamics of conflict activity on a scale that is unprecedented,” McGrath said. “It is the fullest representation of contentious activity that we have, that we know of, to date.”

The tool has also been used to aggregate event data for Sub-Saharan Africa between 1989 and 2015, and Signals Intelligence data in Afghanistan.

MELTT has been in beta for a year and was released to the public on the CRAN repository for R software packages in May 2017. The methodological paper focused on MELTT is under review and the dataset paper is still being written.

According to the research team, the production of the tool was not easy, but it was ultimately worth the hard work.

“Engaging in this collaborative process, through challenges and payoffs, and seeing obstacles overcome to create this tool for conflict researchers, was both a personally and professionally rewarding experience,” McGrath said on behalf of the research team. The team will be teaching researchers how to use the tool at a pre-conference workshop at the annual meeting of the American Political Science Association on August 30 in San Francisco.

Fox 42: Targeted violence increases around presidential elections, research shows
The Conversation: The 6 countries in Trump’s new travel ban pose little threat to US national security
Bustle: Practical Steps To Take If You're Feeling Anxious In The Wake Of A Terrorist Attack
END_OF_DOCUMENT_TOKEN_TO_BE_REPLACED