On the morning of Monday, November 3rd, I walked from office to office visiting with our staff.  The news of Paul’s death devastated us over the weekend, and Monday was our first chance to commune and grieve together.  We gathered in small groups, cried together and we told stories.  Most of the stories were funny, of course – how could they not be with Paul as a central character?  And while we loved Paul’s sense of humor, Paul was not just an entertaining colleague. 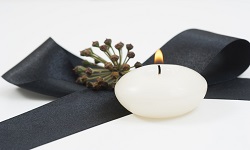 START strives to be a place that helps people to get to where they want to go, but that only works if the people who sign on are passionate and driven.  Paul started as an unpaid intern.  Having distinguished himself from the crowd, he was brought on as an hourly employee, and then eventually hired as a full-time researcher. Two different research teams fought over him. Because Paul wanted to work in a specific area of the national security community, he focused his efforts on radiological and nuclear security issues.  He was working towards his Master’s degree, fitting classes in around his work schedule and his family life.  He worked hard. Paul was doing all the right things to make opportunities for himself. Ever the volunteer fire-fighter, Paul saw himself as a public servant and never stopped trying to qualify for that role.

Beyond living an inspirational professional story, Paul created a sense of community here at START.  We try to cultivate a collegial office culture, but again – this only works if the individuals who sign on genuinely care about the people around them.  When Paul walked past my office, leaned against the doorjamb and asked me about what kind of trouble I was going to get into during the coming weekend, it was because he hoped I was going to have some fun with my family and he cared enough to ask – that’s it. Paul had no artifice. He related to people and respected people for their humanity, not because of a job title. As a result, I feel like I knew what Paul was about, and that he understood what I was about.  There are many people up and down the hallways here who would say the same.

START can be a very hectic place; Paul could certainly attest to the pace. And yet as an organization we are trying to be better about striking a work-life balance. This has required a bit of culture-change over the last few years.  In this effort, I relied on Paul more heavily than others may know.  For all his humor, Paul could be the adult in the room in the most important of ways; Paul reminded us about where our priorities should be. Paul was so proud of his wife.  He was so proud of his boys. Because Paul was going to support the Scouts, the lacrosse team, and cover down on the family while his wife mobilized for the next storm, START had to be better about honoring its staff. If START is a healthier place now, we have Paul to thank in no short measure.

I love Paul’s story, as much as I am saddened by its ending far too early.  Paul’s life had great meaning here at START, and greater purpose at home.  That he could do all of this while making us laugh is just remarkable.  We lost a remarkable friend this November.  Our love goes out to Paul’s family and friends.