Police and community cooperation in counterterrorism in Australia 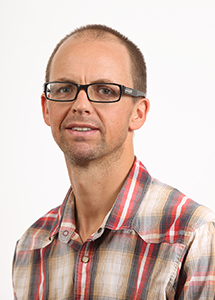 START is reaching out to the other side of the world to provide its students access to cutting-edge research and scholars such as Dr. Adrian Cherney, a Senior Lecturer in Criminology in the School of Social Science at the University of Queensland. In August, Cherney will offer a virtual lecture, “Police and Community Cooperation in Counterterrorism: Research Evidence and Insights from Australia” for START students and staff.

Cherney hasn’t always focused on terrorism and counterterrorism: his interest in the field grew from his previous research into policing and police relations with ethnic groups.

“I had done work on police community liaison officers here in Australia and also ethnic group cooperation with police,” Cherney said. “That led to a particular focus on the topic of Muslim community cooperation in counter-terrorism. With all the talk of the need of police and governments to form partnerships with Muslim communities to tackle terrorism and radicalization it seemed an obvious extension to my previous research.”

Cherney is currently completing interviews with police about their community engagement efforts with the Muslim community in Australia in an effort to examine police efforts to engage the community.

“What is particularly fascinating for me is how police manage the tensions in their engagement work – from choosing the right partners to balancing intelligence gathering and community outreach to facilitating trust in an environment that treats the Muslim community as suspect – and what the lessons for best-practice might be,” Cherney said.

His research work has been very well received – not just by the academic community but by the government. His work with Dr. Tina Murphy from Griffith University on the impact of counterterrorism policing on Muslim communities in Australia and community cooperation has generated interest from state and federal police. They received feedback from the Australian Federal Police that their research would be used to educate counterterrorism investigators. They’ve also briefed Muslim communities as well.

“I remember one instance when presenting findings to a council of Imams here in Queensland, how all of the Imams were nodding their heads and engaging in the conversation when presenting finds from our survey and focus group data,” Cherney said. “Following that some Imams requested additional analysis of the survey data which we provided.”

In working with these groups and with police, Cherney has noticed a potentially counterproductive blurring between community policing (outreach and partnerships) and counterterrorism and a desire to focus community engagement on intelligence gathering.

“But what I have observed is that the best partnerships are not premised on intelligence gathering, although this may be an outcome, but are simply about forming relationships where there is an emphasis on building trust and mutual understanding,” Cherney said.

Through efforts like Cherney’s and his colleagues, we are better understanding where community engagement and counterterrorism meet, however, there he said there is still much work left to be done.

“For police, counterterrorism is a real challenge,” Cherney said. “Often police have to take action based on the smallest and often inconclusive forms of intelligence or information. Also every time a politician makes a dumb and ignorant statement about Muslims, Islam and terrorism it actually makes the job of the police harder because they are the ones who have to deal with the fallout from such politically motivated actions. While police may have little control over the social and political debate that surrounds terrorism, they can influence the quality of the engagement they have with the Muslim community and need to consider the counter-productive outcomes, such as potentially less cooperation, in how they interact with and engage Muslim communities.”

Some of his publications on the topic include:

Cherney holds a PhD in Criminology from the University of Melbourne. One major focus of his work is on institutional legitimacy and cooperation with authorities e.g. police and government. He is currently undertaking research on Muslim community cooperation in counter-terrorism and examining grass root efforts to counter violent extremism. He has secured both national and international competitive grants from the Australian Research Council, US Air Force and the Institute of Criminology. He has briefed law enforcement agencies and Muslim community groups in Australia about the outcomes of his research.