Robbed at gunpoint: One GTD intern’s experience spurs his study of terrorism

Robbed at gunpoint: One GTD intern’s experience spurs his study of terrorism 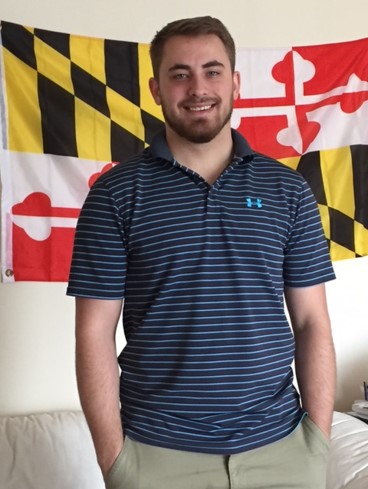 “I was hijacked and robbed at gunpoint,” Budnichuk said of his study abroad in South Africa.

A mere two days into what was supposed to be an eight-week trip, four motorcyclists surrounded the Pretoria-bound bus that Budnichuk and his group were riding. The bus driver suspiciously slowed down to a stop and exited, leaving the group behind.

“A man boarded the bus, cocked his pistol in our faces and demanded everybody’s money and valuables,” Budnichuk said. “Before leaving, he said ‘Enjoy the rest of your trip,’ but that pretty much ended our stay. After hours of intense police interviews, our program administrators decided it was time for us to head home.”

Though he was disappointed to see the program end before it began, Budnichuk found a silver lining.

“I ended up doing a capstone project on house break-ins in all provinces in South Africa to analyze which provinces faced the largest threats,” Budnichuk said. “During our brief stay, I noticed that nearly every house was surrounded with electric wires along the walls, equipped with improvised security systems. And given what I knew of South African crime rates, I wouldn’t say I was surprised.”

In his graduate program at Stevenson University, Budnichuk has continued to pursue an interest in security, pursuing a degree in forensics with an investigations track. He believes that his background in investigations will lend him unique insight into the study of terrorism.

“Right now, I’m researching how the digital currency Bitcoin is exploited to fund terrorism,” Budnichuk said. “I am still in the initial stages, but so far I’m finding that the promise of anonymity is the key factor that appeals to terrorist organizations and other criminals.”

At START, he is working with the Global Terrorism Database on the Weapons and Tactics team.

“I think START will help enhance and advance my research skills,” Budnichuk said. “This is my first internship since my failed internship in South Africa, and ever since September 11, I’ve taken a huge interest in the terrorism studies field.”

At the time of the attacks, Budnichuk, like most of his fellow second graders, struggled to understand what was happening and what it meant. But he faced an added horror of the unknown as his mother was traveling by plane that day.

“We were wrecked with panic and getting more and more nervous as the minutes ticked by. We couldn’t get a hold of her,” he said. “Her plane made an emergency landing in South Carolina, but there was a two-hour timeframe when we didn’t know where she was.”

That experience was the first glimpse into the field of study Budnichuk has chosen to take on.

“It opened my eyes to what I wanted to do for the rest of my life – I want to work to provide support to counterterrorism efforts and to diffuse dangerous situations,” Budnichuk said.

He has his sights set on pursuing a career with the Department of Homeland Security or creating or serving on terrorism task forces on a local level.