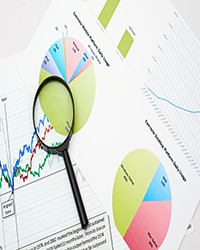 Later this month, START Director Gary LaFree will travel to Milan to kick off a new project funded by a Horizon 2020 grant from the EU Framework Programme for Research and Innovation. The grant is the first of its kind to be awarded to START.

For the project, “Modelling the PRocesses leading to Organised crime and TerrOrist Networks” (also called PROTON), the team will perform research on the emotional and cognitive determinants of terrorist involvement. Led by LaFree, the START faction will use data from its Profiles on Individual Radicalization in the United States (PIRUS) project to compare radicalization and violent extremism in the United States and Europe.

The expansive PROTON research team comprises 75 researchers from about 20 institutions around the world. Horizon 2020 is the biggest EU Research and Innovation program ever and the financial instrument implementing the Innovation Union, a Europe 2020 flagship initiative aimed at securing Europe’s global competitiveness.