“Criminology is a fledgling enterprise in China, as is political science,” LaFree explained. “The students appreciated that we took a scientific, research-oriented approach to examining the two nations’ criminal justice systems and their components, like police, prosecutors, courts, jury systems and corrections systems.” 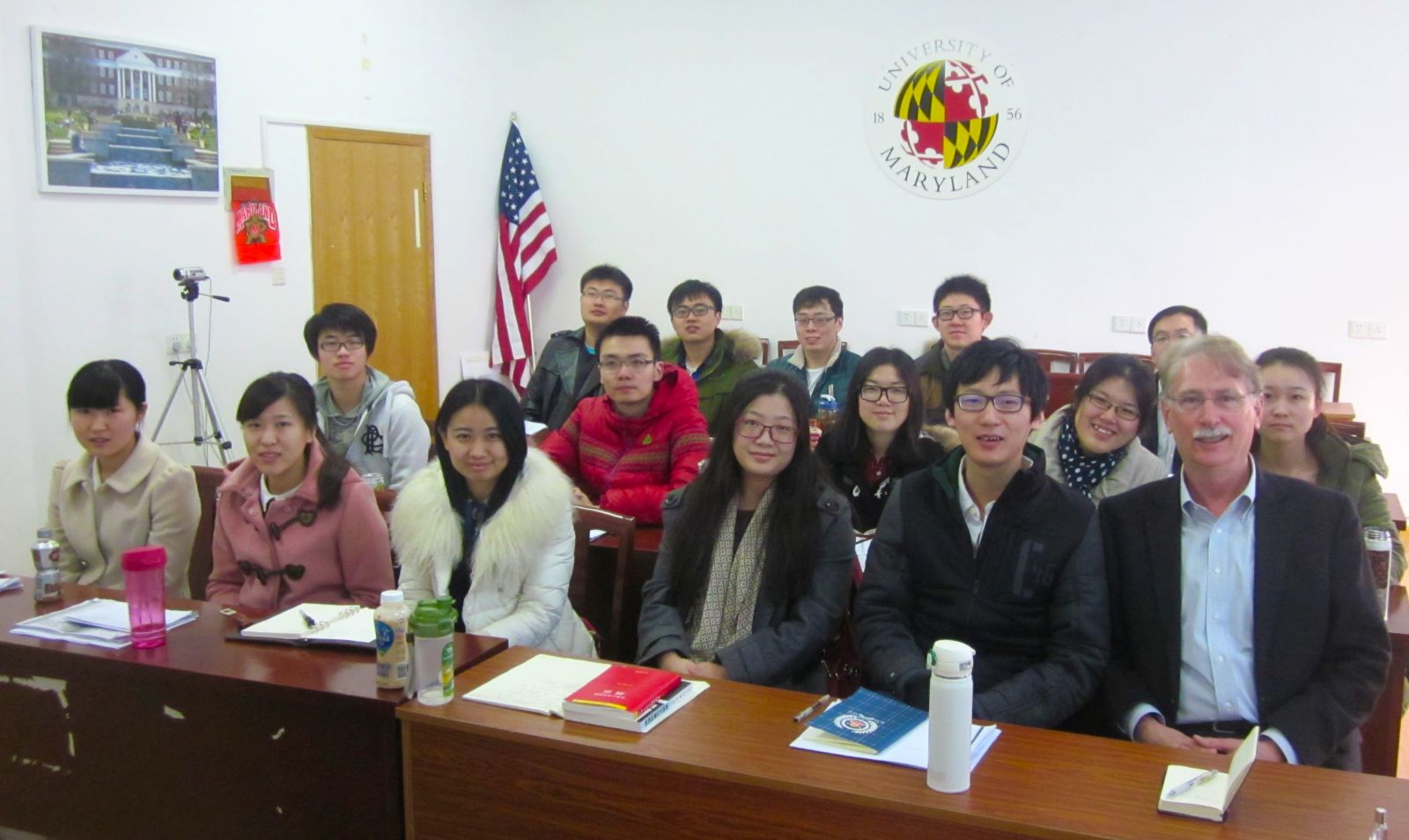 learning more about counterterrorism and terrorism research, especially in regards to START’s efforts in this field.

The burgeoning partnership may also have the potential to expand future access to data and provide insight into China’s relatively closed society. After reviewing the GTD during LaFree’s visit, the Nanjing students believed they knew of additional terrorist incidents not covered by the Chinese media and thus absent in the GTD.

“I think the Chinese felt insulated from terrorism until recently, and some recent events are bringing it more to the forefront of the public’s mind,” LaFree said.

In fact, the tragic attack carried out by Uighur separatists at a train station in southwestern China occurred as LaFree was departing for the United States.

“It felt quite surreal,” LaFree recalled. “During the criminology course, I covered a section on terrorism, and we discussed the potential for terrorism in China. China has experienced little terrorism to date compared to the United States or United Kingdom, but the biggest threat is probably from separatist groups, particularly the Uighurs. We had just been discussing this possibility, so I received several emails from students after news of the incident broke.”

As China continues to promote rapid development, especially within areas inhabited by ethnic minorities, blowback in the form of terrorism is a worrisome threat, according to LaFree.

Following his lectures in Nanjing, LaFree had the opportunity to travel to Chengdu and the Tibetan plateau for a first-hand look at China’s recent growth. He was impressed by the investment in infrastructure, especially the modern airports and high-speed trains.  LaFree noted that this expansion has contributed to a flood of Han, China’s dominant ethnic group, into Tibet, potentially creating tension with the local culture of ethnic minorities. Thus, he suggested, such growth may warrant careful consideration of implications related to China’s national security.

When he wasn’t teaching, LaFree took advantage of the variety of cuisines China had to offer, thanks to his students who generously organized meal outings. His sense of adventure led him to try yak, water buffalo and even quail ovaries. Jellyfish was his favorite dish, but next time, he said, he will probably pass on the sea turtle.

LaFree said he left feeling a strong kinship with the Chinese people, and the university has already invited him to return to lecture on the subject of terrorism.

He will also have the opportunity to return the favor of the Chinese’s hospitality very soon. As part of the criminology program, the Chinese students will spend about six months in the United States to complete their coursework. LaFree intends to invite them to START for a tour and presentations.

Al Jazeera: US braces for #JusticeforJ6 rallies supporting pro-Trump rioters
Vox: 20 years, $6 trillion, 900,000 lives: The enormous costs and elusive benefits of the war on terror.
MSN: How many Canadians have fallen victim to terrorism?
END_OF_DOCUMENT_TOKEN_TO_BE_REPLACED