The battle to earn a degree or internship can be an intense experience for many college students, but that competition pales in comparison to the mental and physical battles START Intern Morgan Dailey pursues as a Mixed Martial Arts fighter.

Dailey, a senior criminal justice major and Global Terrorism Minor at the University of Maryland, won her first official MMA fight this summer. 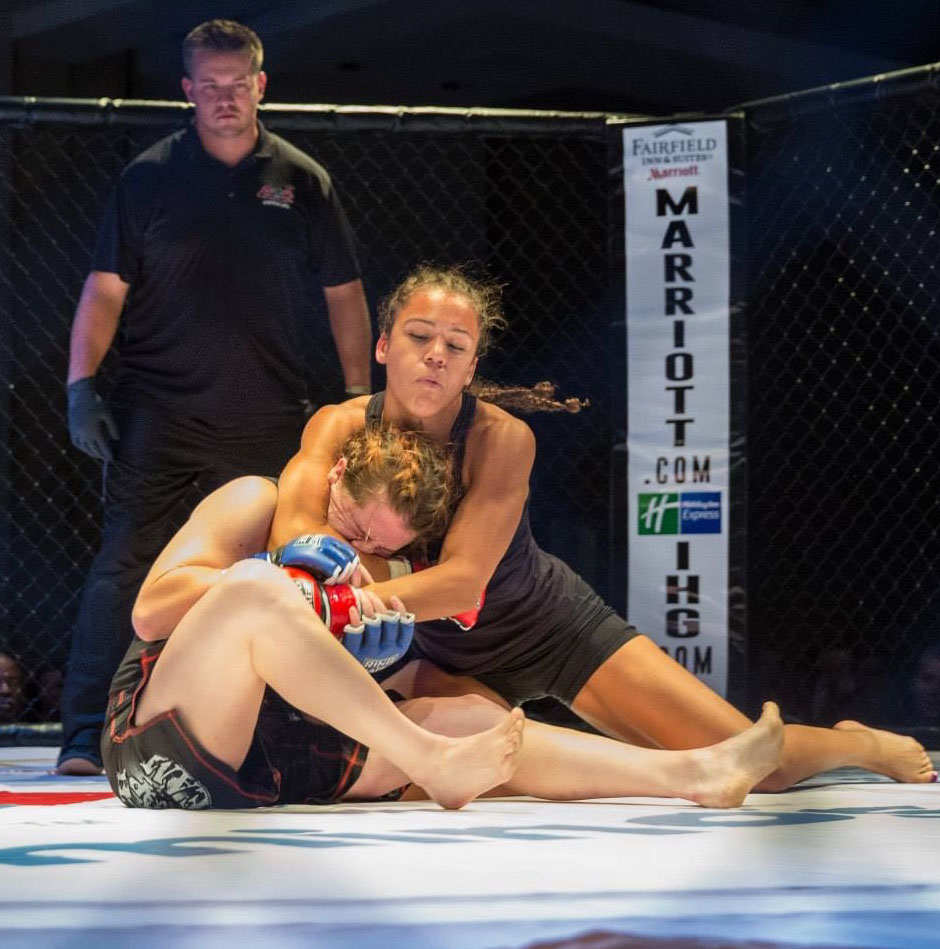 MMA is unarmed combat that draws on the martial arts and includes kicking, striking, grappling and submission holds, according to the Ultimate Fighting Championship (UFC). Dailey said she believed the sport was something she could be good at after her father encouraged her to give it a try.

Dailey began training after her sophomore year and quickly developed a passion for MMA, evidenced by her strict dedication to the sport. Dailey said she focused on improving her skills for about a year before she even stepped into the ring. She increased her training to twice a day in the months leading up to her first official fight.

In late August, Dailey walked away from her first amateur level contest with a victory.

“I felt proud that all my hard work had paid off, and that I had shown my coaches that they had invested their time into someone who took the sport very seriously,” Dailey said.

As an intern at START, Dailey shows a similar degree of discipline in her work on the Propaganda Analysis project, where she helps code terrorist propaganda videos. Dailey said her interest in terrorist ideologies and motives, along with her early knowledge and curiosity about 9/11, pushed her to pursue an internship at START.

Dailey’s interest in terrorism research extends into her career goals.

“I am hoping to go into a field relating to terrorism,” Dailey said. “Having knowledge and background from such a well-known organization like START will be beneficial for me.”

With her full course load, internship and her 1-year-old daughter to keep her busy, Dailey said her next fight will have to wait until December or January. In the meantime, she is still training and planning for a future that includes fighting at the UFC professional level.

“I will fight until my body cannot physically do it any longer, but I know it will always be a part of my life,” Dailey said.