START releases new data on radicalization in the United States

START has released a new research brief and an update to its Profiles of Individual Radicalization in the United States (PIRUS) dataset, which now includes information on 2,226 Islamist, far-left, far-right and single-issue extremists who have radicalized to violent and nonviolent extremism in the United States from 1948 through 2018. The data is freely available on START's website and allows users to explore the radicalization trajectories of individuals from far-right, far-left and Islamist ideologies. 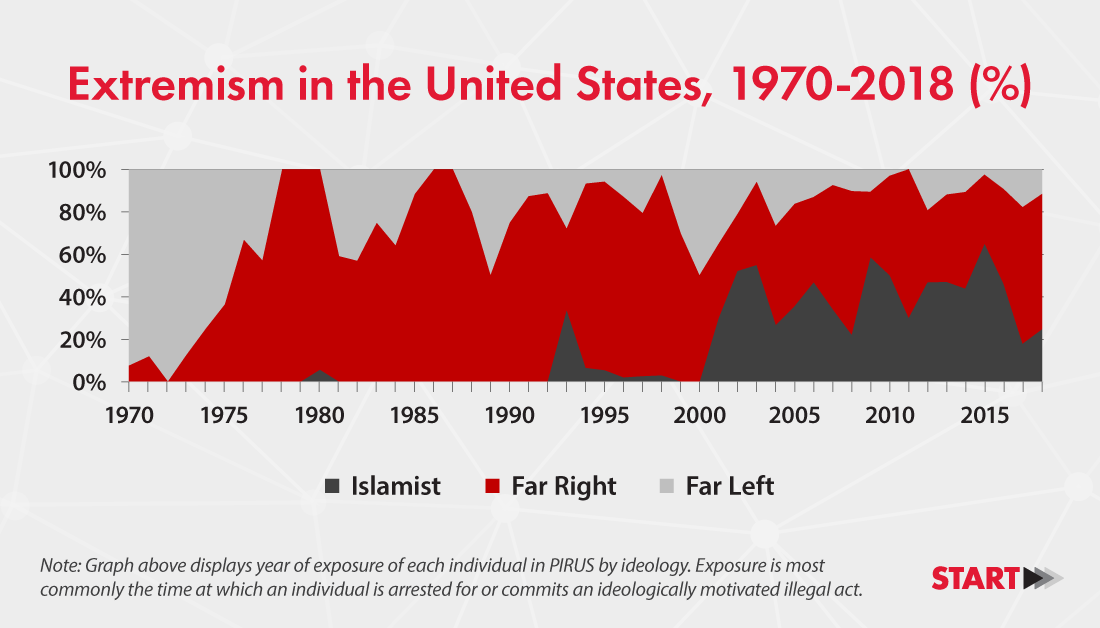 The brief draws on the full dataset and illustrates the important differences that exist across ideological groups, as well as those which distinguish violent from nonviolent extremists. Among the findings: 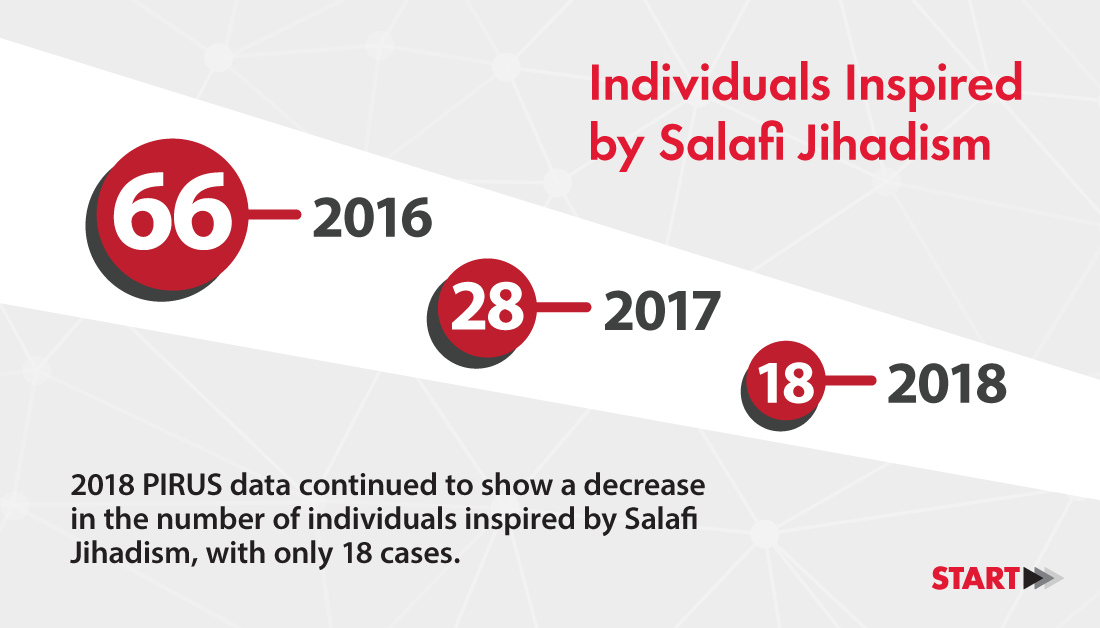