This month, a team of students from START’s Department of Homeland Security-funded Career Development Program presented their work with the Peer to Peer (P2P): Challenging Extremism initiative, for which they earned Honorable Mention, a distinction reserved for the top ten teams out of 50 participants. The domestic P2P: Challenging Extremism competition is a public-private partnership aimed at finding new ways to challenge extremism led by DHS and managed by EdVenture Partners, with an international component supported by the Department of State and Facebook. The domestic P2P finals took place at the Hart Senate Office Building in Washington, D.C. and featured an address by U.S. Sen. Cory Booker. 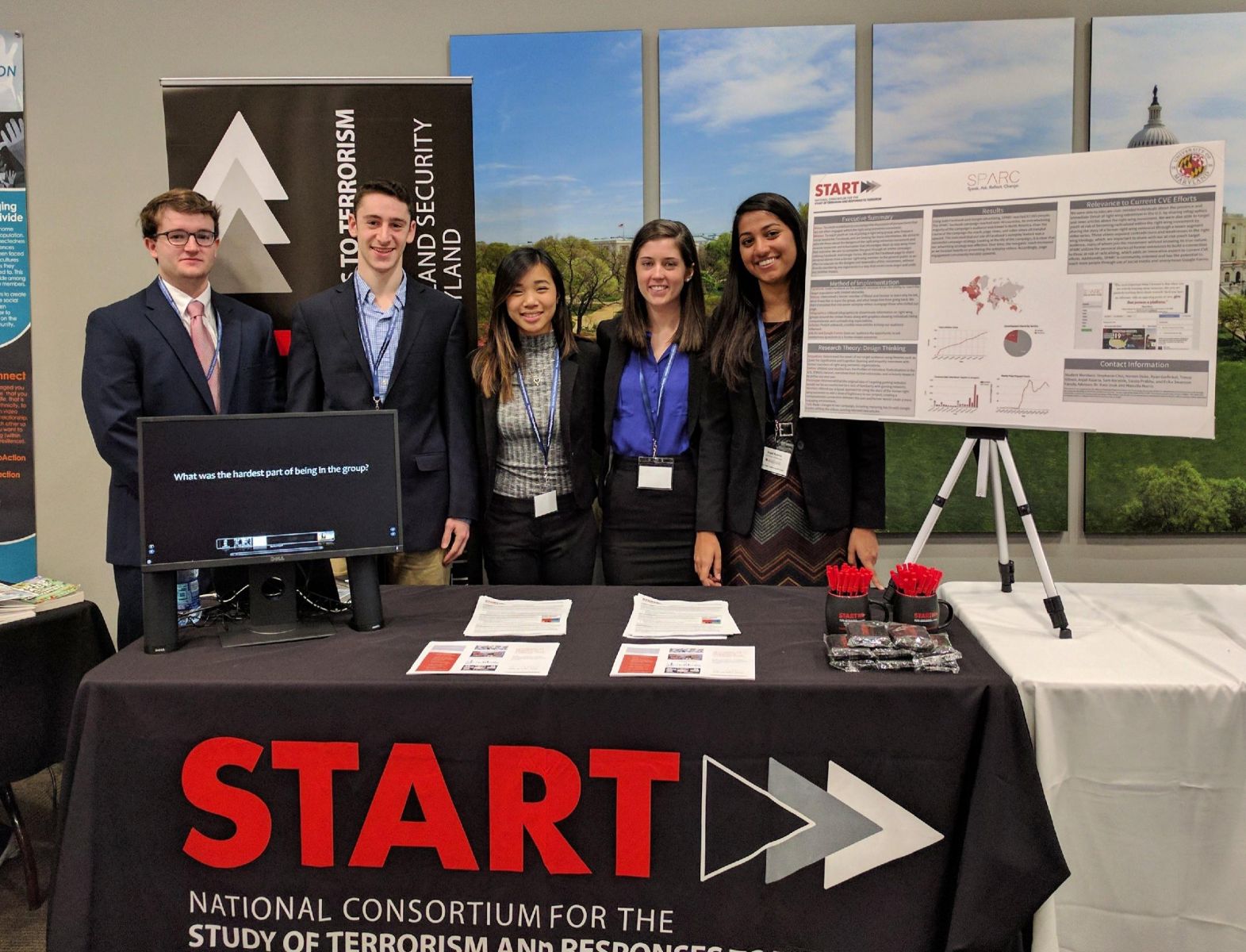 “We wanted to choose an acronym that reflected the campaign’s goal of alternative messaging, or getting at-risk youth to reflect on their value system and, ultimately, reject extremist narratives,” said Swanson, a UMD senior and P2P team member. 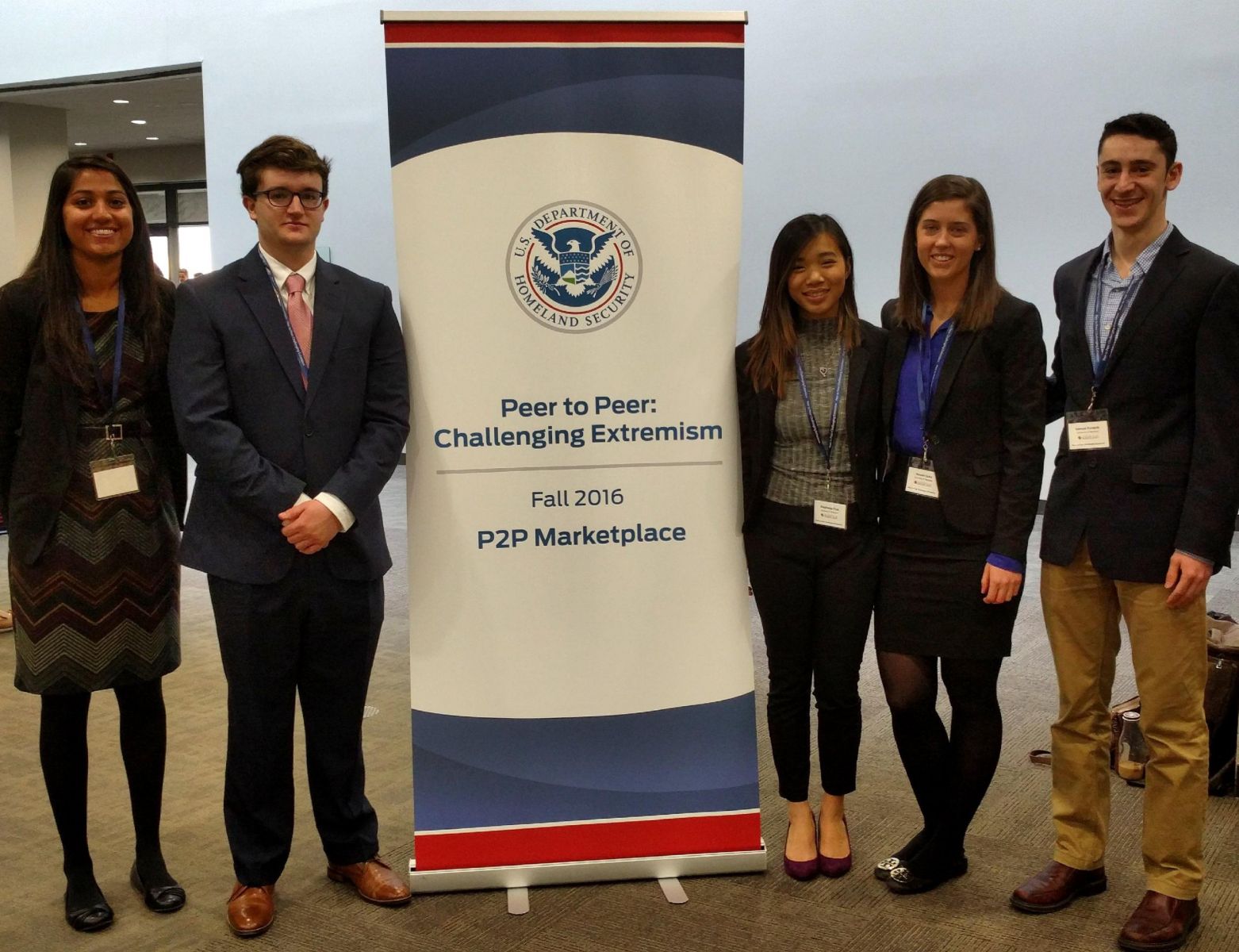 The team worked closely with Life After Hate, a nonprofit organization dedicated to inspiring individuals to leave extremist organizations, to develop 30-second testimonial video clips for Facebook about the de-radicalization process of former right-wing extremists.

“These Facebook videos were a key part of our campaign. Prior to working on this project, I had heard stories about individuals who successfully rejected extreme right-wing ideology, but it was very inspiring to hear directly from real people affected by extremism.”

Understanding the Rise and Resilience of Islamic State Khorasan in Afghanistan