Where religion, politics and terrorism meet

Where religion, politics and terrorism meet 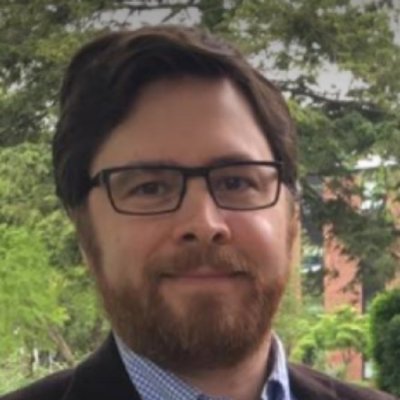 When the newly-elected Turkish government criticized the 2003 invasion of Iraq, many painted the government as typical radical ​​Islamists, rejecting America and the West. However, Peter Henne’s research into the subject revealed a different story of nuanced interplay between the Islamic religion and politics.

“Realizing there was a story behind something that seemed pretty simple at the time encouraged me to look deeper into the issue of Islam and Counterterrorism,” Henne said.

In his recently published book, “Islamic Politics, Muslim States, and Counterterrorism Tensions,” Henne delves into the political relationship between Islam and the states that espouse the religion.

The book is the culmination of six years of research, beginning with his dissertation.

Henne is currently a researcher and professor at the University of Vermont. His research has covered topics ranging from the role of religion in the United Nations to what “Battlestar Galactica” tells us about society.

Henne’s main interest is how religion affects international relations but also is concerned with how to recognize and combat religious repression around the world. 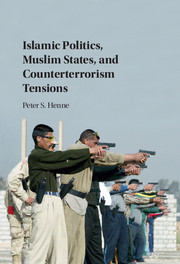 How did you get involved in the field of international politics and religion?

It was actually 9/11. That was my second week of college, so it framed my interests and general college experience from the beginning. I was hoping to make sense of what happened, and also understand how religion could lead to such positive and negative aspects of international relations.

With your new book, how does it feel to have finally “completed” this chapter in your research career?

Now that it's out, it's nice to look at the book as the conclusion to my first set of research projects on the interaction between religion, the state and terrorism.

In one way, the book was a bit exhausting, as I'd been working on this project for about six years. At the same time, it was exciting to further investigate the ideas from my dissertation in the book. The book let me take a step back and reflect on everything that had changed since I started the book and since I first started following this topic in college.

How did you implement the Global Terrorism Database (GTD) into your book?

In the book, I argue that the relationship between Islam and the state, and the peculiar political dynamics it creates, was one of the biggest contributors to counterterrorism tensions between America and Muslim states. But one of the alternative explanations is that states facing a lot of terrorist attacks may find it harder to cooperate on counterterrorism. So I used the GTD to assess this counterargument.

The counterargument didn't hold up. Terrorism in a country didn't affect its level of cooperation with America on counterterrorism, but I needed the good data in the GTD to find that out.

More generally, I think this shows that even in cases where terrorism doesn't drive international relations, good terrorism data, and the researchers behind it, are still essential to understand these areas.

How do you hope your book can shape the conversation on counterterrorism and politics in the Middle East?

I'm hoping it can demonstrate the complex ways religion matters in Middle East politics and counterterrorism. It's not a so-called "clash of civilizations," or an irrational rejection of America. States that justify their rule and policies through religion face an intense set of pressures to live up to these commitments, which can make it harder for them to work with America on controversial issues like counterterrorism.

The general approach I take to religion and politics, what I call the institutional approach to religion and international relations, could be of use to researchers investigating these topics. It points them to the relationship between religion and the state as a primary area for study, while also providing a clear set of hypotheses and indicators to study them. The book includes a methodological appendix and I'll eventually release the dataset for anyone to use.

How do you strike a balance between conducting research and teaching?

My first year at the University of Vermont has been great. It's an institution committed to a teacher-scholar model, so professors are encouraged to place value on both sides of our roles.

I try to set aside a few days a week just for research, so I have enough time to progress on both my scholarship and teaching preparation.

But the two sometimes feed into each other. In the lecture on religion in my Intro to International Relations course this spring, student questions on how religion may affect states helped me clarify some of my own theories on this topic.

This reminded me of my time at START, as my team would hold weekly meetings for all the interns to discuss the work they were doing but also the academic underpinnings of the project, in that case it was radicalization.

Often talking through the research with interns, and answering questions on how everything connected, would improve my thinking on the project itself.

How did your time at START fit into your career trajectory?

My time at START was really valuable. I worked at START after completing my doctorate. This gave me a chance to hone my methodological and management skills, and I learned about an aspect of terrorism, the radicalization process, I hadn't previously focused on. I had gone from working in counterterrorism, before graduate school, to studying it academically, and being around the experts at START helped me to think about how academic and policy work in this area can come together.

I became more interested in countering violent extremism, which led in a roundabout way to some of my new research on state support for religion.

What new research are you working on?

I'm starting three research projects. The primary one will expand my research into religion and international relations, which will be my next book project. I am looking at the ways states attempt to use religion in international crises to justify their actions or try and undermine support for opponents.

I also have a few papers I'm starting on how state policies towards religion affect terrorism and extremism in a country. That is, does state control or sponsorship of certain religions affect violence in society? This will continue my interest in terrorism, and connect it with a cause I care a lot about, international religious freedom.

Finally, I'm looking a bit beyond religion with some studies on international hierarchy: how some states gain authority over others in international relations, even if they don't have formal "imperial" control. This grew out of my book, as I was interested in the ways the United States did manage to exert some control over other states' policies. I'll be looking primarily at the jockeying for status and influence that occurs in Middle East politics.

Do you have any words of wisdom to doctoral students who want to turn their dissertation into a book?

My advisers told me to think about the dissertation as the first draft of the book, don't just write to your advisers or in an attempt to just finish it, but think about where you can go with it next. At the same time, the dissertation is not the book, it's ok to leave some aspects unexplored, because you can expand on them later. And once you start shopping the book proposal around, remember that methodological rigor matters, but you also need to be able to tell a story based on your book that could interest a broad audience.

What do you think is the value of a research organization like START?

There was an explosion of terrorism "expertise" after 9/11, but it was hard to wade through the noise. A center like START is useful as it produces high-quality work that is made accessible to both scholars and the general public.

It also directly connects academic expertise with policymakers, which helps out both sides immensely. It can be a great resource for individual researchers looking for high-quality information on terrorism.

What do you do to unplug from such a heavy research and teaching topic?

Just like I try to have clear research and teaching times at work, I also like to have clear family and work times, especially since my daughter was born as the book was finishing up. This actually helps me be more productive, as I have a set amount of time each week to get work done. I also try to have interests completely unrelated to international relations, so I can avoid just thinking about work topics all the time.

Washington Post: Courier for Mexican cartel pleads guilty to money laundering
National Institute of Justice: Domestic radicalization and deradicalization: Insights from family and friends
Russia Matters: Foreign fighters in Ukraine: What concerns should really be on the agenda?
END_OF_DOCUMENT_TOKEN_TO_BE_REPLACED