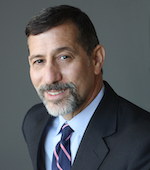 On Thursday, June 11 at 11:00 a.m., START will host Professor and Director of both the Center for Security Studies and Security Studies Program at Georgetown University, Bruce Hoffman. Professor Hoffman will be discussing his latest book, Anonymous Soldiers: The Struggle for Israel, 1917-1947. The event is free and open to the public, but guests must RSVP by COB Wednesday, June 10.

Professor Hoffman has been studying terrorism and insurgency for nearly four decades. In addition to his positions at Georgetown, he is Professor of Terrorism Studies (part-time) at St Andrews University, Scotland. Professor Hoffman previously held the Corporate Chair in Counterterrorism and Counterinsurgency at the RAND Corporation and was also Director of RAND's Washington, D.C. Office. He was appointed by the U.S. Congress to serve as a commissioner on the Independent Commission to Review the FBI's Post-9/11 Response to Terrorism and Radicalization and co-wrote its report. 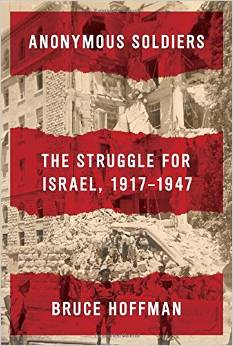 Professor Hoffman was Scholar-in-Residence for Counterterrorism at the Central Intelligence Agency between 2004 and 2006; an adviser on counterterrorism to the Office of National Security Affairs, Coalition Provisional Authority, Baghdad, Iraq in 2004 and from 2004-2005 an adviser on counterinsurgency to the Strategy, Plans and Analysis Office at Multi-National Forces-Iraq Headquarters, Baghdad. He was also an advisor to the Iraq Study Group. He is the author of Inside Terrorism (2006). Professor Hoffman's most recent books are The Evolution of the Global Terrorist Threat: Cases From 9/11 to Osama bin Laden's Death (2014), and Anonymous Soldiers: The Struggle for Israel, 1917-1947 (2015).

Anonymous Soldiers chronicles the British Mandate in Palestine, nearly three decades of growing unrest that culminated in British withdrawal in the U.N. resolution to create two separate states. Based on voluminous archival sources and personal papers collections, Hoffman tells the story of how Britain, in the twilight of empire, struggled and ultimately failed to reconcile competing Arab and Jewish demands. It thus provides a uniquely detailed and sustained account of one of the 20th Century's most consequential terrorist and counterterrorist campaigns, and also provides a definitive account of the struggle for Israel.

New York Times: What Is Antifa, the Movement Trump Wants to Declare a Terror Group?
The Conversation: As states reopen, tensions flare between the rule followers and rule breakers
Business Insider: Why anti-lockdown protests are a 'magnet' for white supremacists and far-right extremists
END_OF_DOCUMENT_TOKEN_TO_BE_REPLACED