"God Loves the Just: American Muslims Tackling Extremism and the Path to Violence"

"God Loves the Just: American Muslims Tackling Extremism and the Path to Violence"

Policy analyst Alejandro J. Beutel will offer a talk, "God Loves the Just: American Muslims Tackling Extremism and the Path to Violence,” 11 a.m. Thursday, March 13 at START Headquarters (8400 Baltimore Ave., Suite 250, College Park, MD 20740). Hosted by the Muslim Public Affairs Council (MPAC) and START, the event is free and open to the public but attendees should register at the link to the left.

Beutel will discuss a publication he developed with American Muslims and the Muslim Public Affairs Council. The publication, "God Loves the Just," provides detailed guidance on how to counter extremist ideologies and interrupt a person’s movement to violence. At the center of this document is the “Prevention, Intervention, Ejection” (PIE) framework to "keep communities and our country healthy, safe and free." The toolkit was developed in response to the Boston Marathon attack on April 15, 2013. 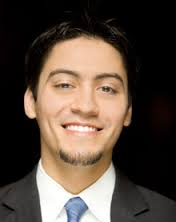 "Since the tragic attacks of 9/11, American Muslim communities have mobilized themselves to understand and combat what drives people to commit acts of violence in the name of Islam by emphasizing its message of equality, mercy, and justice," Beutel said. "The horrific attack, which took place at the Boston Marathon on April 15, 2013, shook American Muslims to their core – and revealed to leaders the need to step up their efforts."

From 2009 to 2012 he was the Government and Policy Analyst at the Muslim Public Affairs Council (MPAC), a faith-based and anti-hate advocacy group. At MPAC he authored and directed several of its publications, including Building Bridges to Strengthen America, a partnership-based strategy between American Muslims and law enforcement to counter violent extremism (CVE). In 2011 the U.S. Department of Homeland Security listed Building Bridges was as a “CVE Best Practices” resource.

Beutel has a Master of Public Policy degree from the University of Maryland, College Park and a Bachelor of Science in International Relations and Diplomacy from Seton Hall University.

National Institute of Justice: Hate crimes: National database identifies traits and motivations marking distinct pathways of people who commit bias-based offenses
Business Insider: Inside a DC jail's 'Patriot Wing,' where Capitol riot defendants sing the national anthem and act like prisoners of war — but struggle to cope with being locked up
USA Today: When does speech become dangerous? Rep. Gosar’s ties to white nationalists added to concerns about his video
END_OF_DOCUMENT_TOKEN_TO_BE_REPLACED