Though his family tree is rooted in military service and filled with armor officers dating back to 10th century Korean General Sin (Shin) Sung-Gyeom, Steve Sin was the first of his family to serve in the U.S. military. He spent most of his childhood in South Korea during the late 70s and early 80s, where military service was mandatory and tensions between North Korea and South Korea were tense, at best.

His first brush with the U.S. Army came during college when he joined the Army ROTC and knew almost immediately that he wanted to become a military intelligence officer. 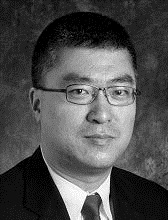 With a branch detail assignment to the Air Defense Artillery, Sin worked with tactical-level and strategic-level intelligence information and requirements. He learned quickly that while the types of intelligence needed at each level varied quite a bit, there were two common threads to all intelligence produced regardless of the level of end user: “why?” and “so what?”

Those questions continue to guide him today as a lead investigator in START’s Unconventional Weapons and Technology Division (UWT). With regional expertise in Northeast Asia, Sin studies illicit trafficking of radiological and nuclear materials as well as the use of the cyber domain by non-state actors.

How has your past as an intelligence officer shaped your research agenda?

I’ve always been a curious person, so am naturally inclined to try to pursue the question of “why?” Working in the intelligence field only heightened that passion. Both as an intelligence officer and now as a researcher, I have sought to find out why an individual/organization/government is behaving in a certain way and what the implications of those behaviors and decisions are – the “so what.”

Although I am no longer an intelligence officer, what I do is fundamentally the same – I try to understand why people do what they do and why it matters.

At START, I have two projects that are particularly near and dear to my heart – Capability Development Framework (CDF) and Transnational Illicit Trafficking (TransIT). These two projects highlight how theoretically driven multi-disciplinary research can have direct implications on future government policies. It is extremely rewarding to have the opportunity to work on projects that are theoretically grounded and result in tools that practitioners can use in the field.

In a very concrete way, our research at START can contribute to future policy decisions. We provide the United States government, not only the facts, but also the why and the so what that are crucial to understanding the root causes of the issues under examination so that the government can develop and implement the most effective policies to address said issues. At the risk of sounding cliché, I believe our research here at START, at the end of the day, saves lives.

What are some of the research topics on your “wish list”?

Cyber and counterterrorism. I would like to explore the social side of cyber and build up a cyber research portfolio for START. Second is the area of counterterrorism. Since September 11, we’ve had about 15 years to examine why terrorism and insurgencies occur, and we know more about these two areas today by leaps and bounds as compared to 15 years ago. In contrast, our understanding of counterterrorism is not as developed.

Given your interest and expertise in U.S.-North Korean relations, do you have any insight into how the relationship will evolve?

You always say how you love to teach – how has teaching influenced how you approach your research?

Teaching has allowed me to look at the topics more broadly and from different aspects than I did as a practitioner. When you are a practitioner, your needs are almost always immediate and sometimes it is extremely difficult to see past what is directly in front of you. As a teacher, I have the luxury that is not often afforded to practitioners – time. With time, I am able to explore the issue more broadly and think about it more holistically, which can lead to ideas and solutions that were not always apparent when I was a practitioner.

Students teach me as much as I teach them, sometimes more. While it is true that I may have more academic and/or practical knowledge on the subject I am teaching than the students in my classes, it is the students who bring to the classroom new ideas that can potentially solve the age-old problems in different ways.

What was the most important lesson you took away from your time in the Army?

Take care of the people around you.

It is an extremely rare event that a person is able to accomplish something completely by oneself without other’s assistance and support. There is a saying in the Army that when we go into battle, we don’t fight for the country, the ideals of democracy, the American flag, the American way of life, mom, or apple pie; we fight, and die if necessary, for the men and women standing next to us and behind us because they will do the same for us.

This sentiment is equally applicable in or out of the Army. If you take care of the people around you, they will take care of you, and you will excel in all you do as an organization and as an individual.

Has becoming a father changed the way you approach your research?

I don’t think being a father has changed the way I approach my research, but for me, it has changed the importance of the research that I conduct. As a father of a six year-old, the research that we do here at START is not only important because of the future policy implications or because it increases our understanding in a given subject, but the research has taken on an added importance because what we do today may allow our children and their children to live in a world with less strife.