Classes were already in session on the University of Maryland campus 20 years ago tomorrow, when, over a cataclysmic hour and 17 minutes, passenger planes commandeered by terrorists struck the Twin Towers in New York City, slammed into the Pentagon 10 miles away in Northern Virginia and crashed into a field near Shanksville, Pa.

Although the university didn’t close that day, few students made it to later classes, the then-editor of The Diamondback later recalled; contemporaneous reporting described them reeling in shock or huddling around campus work trucks, listening to their radios to get news in the era before smartphones.

More than 8,000 people converged on McKeldin Mall the following day for a service of mourning and reflection. Students drew together to hug, cry and support each other, while—in a scene presaging strong xenophobic currents of coming decades—the Muslim Students’ Association cautioned Muslims to “observe caution in your public movements,” the newspaper reported. Meanwhile, the University Health Center organized a blood drive, athletic events throughout the ACC were canceled, and UMD counselors met with students to help them come to terms with the trauma of the attacks.

While most campus operations resumed Sept. 13, including the annual First Look Fair, they did so in a world already being reshaped by the actions of the al-Qaida terrorists and the reactions of the United States and its allies. Below, seven faculty members, staff and then-students share their recollections of the campus experience and their personal and professional perspectives on the meaning of 9/11 and the changes that followed. 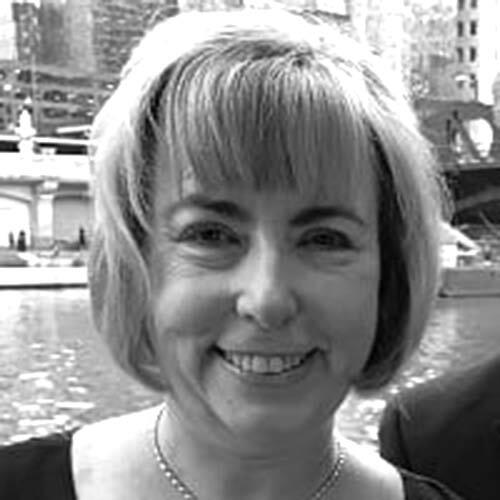 We were all eating breakfast during an economics conference at the Marriott World Trade Center hotel ballroom. I heard a loud boom and saw the chandeliers start shaking. A person sitting at my table said, “I didn’t know you had earthquakes in New York.” The security guards quickly evacuated us, and I was across the street when I saw the second plane hit World Trade Two, right in the middle. That’s when I knew it wasn’t an accident. For a long time, when I saw planes landing at airports, I relived seeing the plane crash.

I had worked in New York for years. I felt responsible for all the conference attendees from out of town because I knew the area. That helped me stay under control and manage my anxiety until I got home. I led them north, toward the trains, to get out of Manhattan.

Everyone we encountered that day was helpful and friendly. Strangers offered money and shoes to those without. Many of my Rutgers colleagues, where I worked at the time, stood in three-hour lines to donate blood. After a contentious 2000 presidential election, we came together as a country. Unfortunately, 20 years later, we’re back at each others’ throats. I want people to care about each other the way we did that day.

‘Rivers of People’ Came Together to Mourn 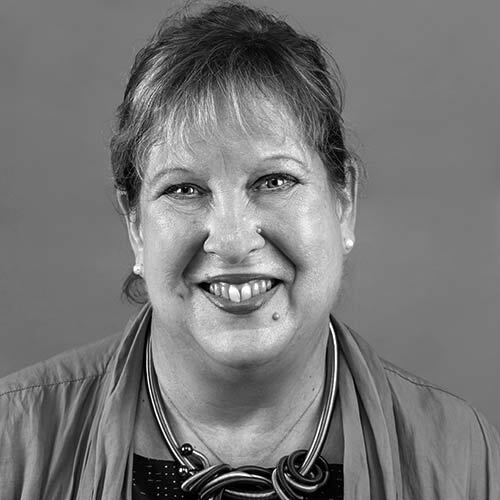 There weren’t many televisions in the old student union, so we went down to TerpZone once we heard. I vividly remember watching the second plane hit the World Trade Center. Our phones started ringing off the hook, and I was part of a group that gathered to figure out what was next. Do you keep everyone in classes or let them go? What was the safest thing to do in terms of mental health and physical well-being?

I’ve always taught UNIV100, and that Tuesday was my class. I remember saying to them, “If you need a hug, I’m here.” I thought one kid would take me up on it, but they literally lined up. I remember them saying to me, “Is this what adulthood looks like?”

The next day, we wanted to provide a gathering spot for the community. We got 10,000 flowers. We thought, what if no one comes? But then rivers of people came down the walkways on McKeldin Mall. A School of Music faculty member played the saxophone, and everyone put the flowers at the edge of the ODK Fountain. Two days later, we buried them at what is now the Peace Garden. 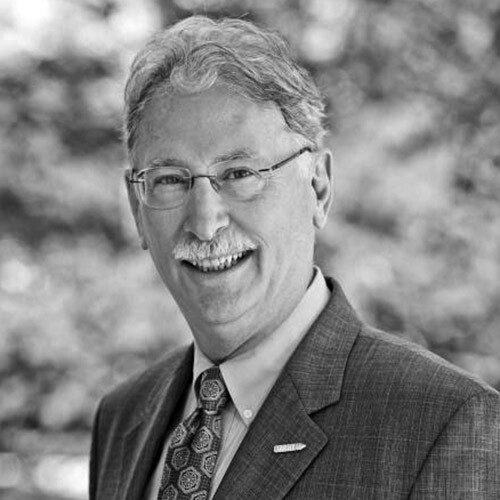 When 9/11 happened, there wasn’t much academic research being done on terrorism, whether in criminology, political science or psychology. There simply wasn’t much data, I think because terrorism is a strange beast. Much of the study of crime rests on surveys of offenders and surveys of victims, but terrorism perpetrators for obvious reasons are hard to get to—they want to kill you, or they died in the attack; victims are frequently chosen randomly and can’t tell you much. We didn’t even have definitions of terrorism we could agree on.

9/11 was really the catalyst for a scientific approach to terrorism. Researchers began to build databases to get around this lack of data; START and our Global Terrorism Database are kind of the poster child for this.

An advantage in studying terrorism is that offenders do want to get their message out and be heard. They are in the press. So today we go through 2 million stories a day to track terrorism incidents worldwide. 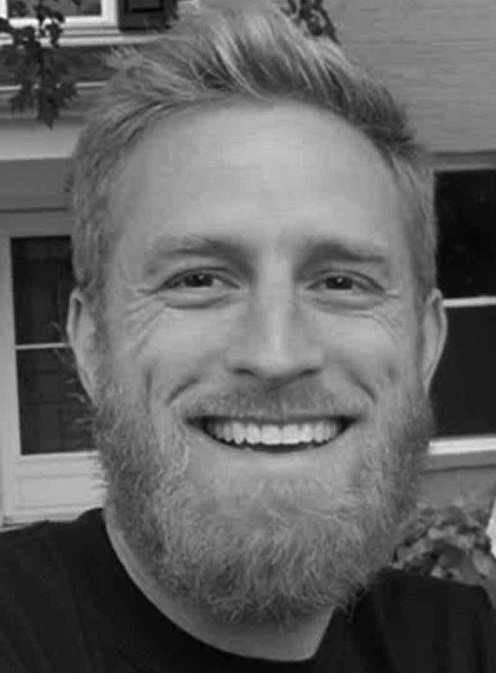 Coming onto campus was almost a harder transition than going from high school to the Army. I came back from Afghanistan, drove cross country and moved into a freshman dorm at almost 23. My UNIV100 experience was comical. I couldn’t relate at all. It’s different for 18-year-olds who are afraid of their own shadow and veterans coming back, most of whom had been deployed. So the following year, I helped lead a UNIV100 for veterans. Even though just a couple people signed up, I built an instant connection with them.

I came at a perfect time with Terp Vets getting under way with the support of people like Kirby Bowling (formerly of the UMD Veterans Program Office), and Marsha Guenzler-Stevens (Stamp Student Union director). It offered an environment where I could settle down. I’m still on the Terp Vets Facebook group because it brings me joy to see how things have blossomed over the years.

There are so many veterans returning from service. It’s important to acknowledge that we are here—it’s the first step in the integration process and understanding one another and feeling empathy. 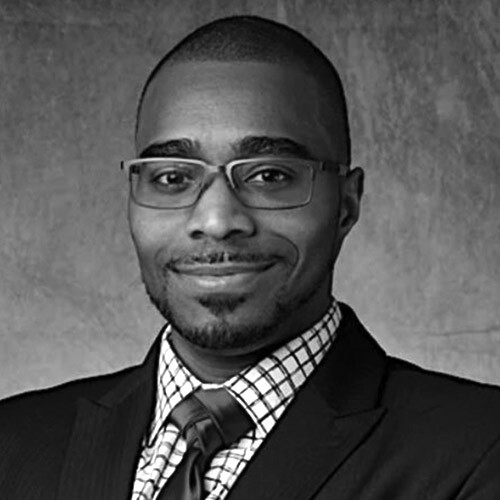 The U.S. spent trillions of dollars on the war in Afghanistan, but what that money bought didn’t stay there. As American troops returned to the U.S. over the past 20 years, some of the military equipment they used was transferred to law enforcement agencies—and appeared during protests in Ferguson and elsewhere in the past several years.

As activists see weapons of war on their own streets, they have noted the connection between military equipment and use of force, particularly during protests focused on racial justice following the deaths of Michael Brown and George Floyd. Their demands have started to be heard: Some universities, like UMD, have decided to divest from these programs. 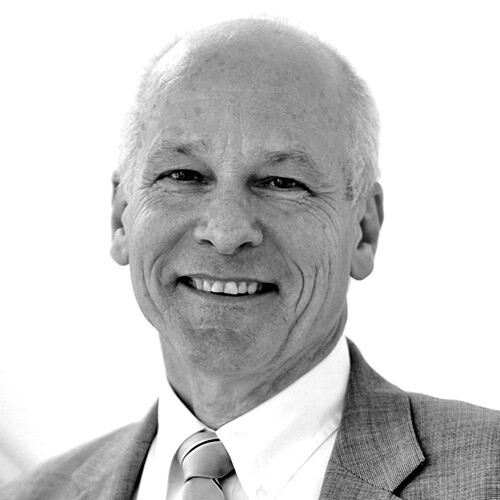 People ask me what’s the most memorable thing that’s happened in my career: The investigation and analysis of what happened at the World Trade Center is No. 1, far and away.

We were on site on Oct. 7, 2001, as soon as it was open to civilian organizations. Until then it had been a rescue and recovery operation, and then it was a crime scene, and now we were going to see what we could learn as a group of mostly engineers and a couple of architects.

The magnitude of it was overwhelming. I recall walking to the top of a mound of debris, maybe three stories above the street, and it was just dust. You couldn’t make out anything specific left from the towers.

There was a wide range of theories being thrown around as to the cause of the collapses, and our charge was to provide preliminary assessments of what may have happened to cause those. We finished in May 2002.

Several changes made in building codes in the years after 9/11 aimed at making very tall buildings that could be potential targets of terrorists safer. Some of them were to provide more fire resilience, hardening stair shafts to resist damage to allow people to evacuate, and changes to create more redundancy in water supplies to help fight fires. 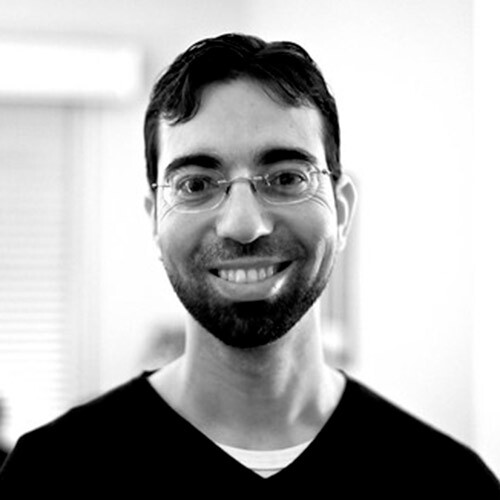 I had just graduated from UMD and was working at NASA Goddard. I received a phone call from my sister telling me we’d been attacked. As I started realizing what was happening, (I felt) profound pain, grief, sadness and numbness. I drove home to be with my family. We felt a very disorienting realization of what was coming. We recognized instantly that we were going to be looked at as villains just by being Muslim. There was a profound sense of fear.

I had an experience not too long after 9/11 where I was driving to Connecticut with my family. Somebody on the highway saw my sister dressed with a hijab, and he lost his mind. He was waving his hands at us and uttering ethnic slurs, and chased us to try to run us off the road.

We had to deal with this escalation of bigotry, but we also were inspired and uplifted by an equally powerful wave of amplified solidarity, fellowship and courage by people who stood up against what was going on against Muslims. These moments made us recognize that despite the pain and the challenges, we have a tremendous opportunity for countering the misguided voices of hate with equally powerful voices of reason, morality and truth. That was a reminder of the beautiful good in our country.

This article originally appeared on the Maryland Today website.