Cohesion amidst the chaos of public opinion

Cohesion amidst the chaos of public opinion

On its face, Amy Adamczyk’s research portfolio may seem disjointed – a variable grab bag of politically charged topics such as abortion, terrorism, homosexuality and drug use. It’s perfectly cohesive though for Adamczyk, who has always been interested in studying “behaviors that are on the edge of being illegal.” 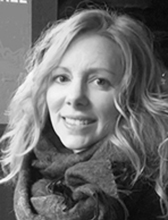 A professor of sociology at John Jay College of Criminal Justice, Adamczyk researches how the larger social, economic, national and historical context shapes the way such behaviors (e.g., political protest, same-sex sexual relations, abortion, etc.) are viewed by the public and what characteristics influence the likelihood that people will engage in them.

Adamczyk first added the study terrorism to her research repertoire when her colleague, Josh Freilich, invited her contribute to a START project. That project – which employed her expertise in understanding the role of religion in shaping attitudes and behaviors – led to further collaborations with other researchers.

She is currently working on a project with START Director Gary LaFree that looks at the role of personal religious beliefs and the religious context of 33 African nations for shaping the extent to which residents are civically engaged and willing to engage in extreme protest behaviors, including politically motivated terrorism.

Adamczyk also has a new book coming out. “Cross-National Public Opinion about Homosexuality” is the first book-length study that examines attitudes about homosexuality across nearly 90 societies. It features survey data, case studies of various countries, content analysis of newspaper articles and in-depth interviews to examine how individual and country characteristics influence acceptance of homosexuality.

How does your work in studying public opinion about homosexuality dovetail with your research interests in terrorism?

I see a strong link between the study of terrorism and public opinion about homosexuality. Whereas in some nations homosexuality may be seen as normative and unproblematic, in others it is a crime that can be punished with death. Terrorism is a similarly tricky issue.  In some places behaviors that might otherwise be described as “terrorism,” may be seen as political protest or freedom fighting.

The right-ness or wrong-ness of each behavior can depend on the context and society in which it’s taking place.

What’s been so interesting about terrorism-related research is that people really seem to pay attention. I once conducted a series of research articles that looked at the role of religion in shaping the likelihood that women would abort an out-of-wedlock pregnancy.  As much as this work sounds edgy and controversial, my terrorism-related work got more attention. One of our projects on U.S. Attitudes toward Terrorism and Counterterrorism was the subject of Congressional testimony.

People are really interested in the factors that shape terrorism, and unfortunately, attacks keep occurring. That helps guide me in this line of research: The research we are doing can help inform policy, which will hopefully make the world a safer place. 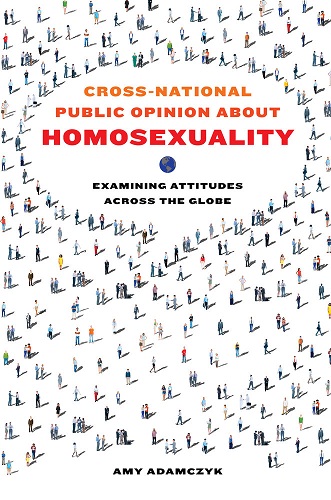 Tell me more about the findings detailed in your book.

Public opinion about homosexuality varies substantially around the world. While residents in some nations have embraced gay rights as human rights, people in many other countries find homosexuality unacceptable. The survey data show that cross-national differences in opinion can be explained by three primary factors: the strength of democratic institutions; the level of economic development; and the religious context of the places where people live.  The world’s poorest, least democratic and most religious countries are more likely to have laws that punish same-sex sexual behaviors and have a high proportion of residents who disapprove of homosexuality.  While the United States has high levels of economic development and a strong democracy, it has been slower to change its laws and attitudes about homosexuality than some of its European counterparts, in part because the United States is a more religious country.

Over the course of your research examining public opinion, has anything surprised you or caught you off guard?

I think the biggest surprise for many researchers who work with public opinion data is the recent national election. We put a lot of trust in sampling design, survey construction, and polling data.  The majority of polls declared Hillary Clinton the winner, and she got the popular vote.  However, there was not enough attention given to people who did not vote, the vast differences in how people across the nation were viewing the candidates, and the extent to which Trump’s message resonated with large segments of the population.  As an academic living in New York City, I know I am isolated from how many people in other parts of the country view key issues.  The election really made clear to me just how differently people see things.

What other research areas would you like to explore?

Right now I am working on several different projects.  On one project, I’m evaluating attitudes on abortion, and on another project, I’m looking at the factors that have shaped changes in Americans’ views of marijuana. As the legalization of it in some states suggest, Americans’ attitudes have become drastically more liberal, sharing some similarities with the vast increases in support for homosexuality in the United States over the last three decades.

I’m also interested comparing the religious and moral reasoning of women who get an abortion before having children and those who obtain one after they already have kids. We know that a higher proportion of women get abortions after they have already had children, but we know relatively little about their reasoning process, the circumstances shaping their decision, the other people involved with that decision, and how these things may differ for their counterparts without children. In the next four years abortion is likely to become an even more popular media topic and I would like my research to inform some of that discourse.

What advice would you give to a junior scholar who hopes to do what you do?

The job market for professors is tight.  If doctoral students want to study something that is a little esoteric (e.g., sociology of religion) it would be a good idea to pair that interest with a more popular area of study like criminology. In the end you want to be able to enjoy what you do and get paid for it, so it’s good to be at least somewhat practical.

Who have been your mentors or greatest influencers?

In the terrorism field I am indebted to Gary LaFree, Josh Freilich, and Steve Chermak.  They are my main collaborators on terrorism-related studies and they showed me how to research terrorism, especially since it can be so tricky to measure.  I have done a lot of studies using secondary public opinion data where a large sample is typically available.  However, in the United States there are (thankfully) relatively few people who engage in violent terrorist activities. We mostly know who these individuals are and where they lived.  However, there are not many of them so we sometimes need to use more sophisticated analytical techniques then are typically used in national surveys to see how various characteristics shaped their likelihood of engaging in terrorist activities.

What does life look like for you outside of your scholarly endeavors?

My job as a professor has given me a lot of autonomy, which I love.  I work hard, but also play hard.  I love the theater and living in New York City has made it possible for me to see a lot of shows. I do some international travel and have been able to find a lot of opportunities to travel to interesting places through my research. I am hoping to make it to Cuba and Palestine this summer and I have my sights set on India in the next two years.  Over the last five years I have spent time in Europe (e.g., Italy, Germany, Poland, Switzerland, France, the Netherlands), Africa (Kenya, Uganda, South Africa, etc.), and Asia (e.g., Taiwan, China, Indonesia, Thailand, Vietnam, etc.).

The Conversation: A quest for significance gone horribly wrong – how mass shooters pervert a universal desire to make a difference in the world
PolitiFact: What is the 'great replacement theory' linked to the Buffalo shooter?
Rolling Stone: Caught on tape: Oath Keeper leader wanted Trump to 'expose all the pedophiles'
END_OF_DOCUMENT_TOKEN_TO_BE_REPLACED