From a pool hall in New Jersey in 1998, Kurt Braddock watched the news coverage of U.S. strikes against al-Qaida targets in Sudan and Afghanistan in response to the bombings of U.S. Embassies in Kenya and Tanzania. It was the first time that Braddock, then a high school student, had really thought about terrorism. Inherently inquisitive, he began seeking out all he could find to better understand the phenomenon. The first books he read on the subject dealt with the 1972 Olympics in Berlin and the 1993 World Trade Center bombing.

“At that time, terrorism was just something that intrigued me,” he said.

Now, nearly 20 years later, that intrigue has shaped his career. A lecturer in Communication Arts and Sciences at Pennsylvania State University, Braddock studies the effects of specific types of communication in the processes surrounding the use of terrorism. Specifically, his work focuses on how terrorist groups use different persuasive techniques to draw individuals to join their groups, and how similar techniques can be used in counterterrorism efforts to get individuals to leave terrorist groups.

How did your interest in the terrorism phenomenon evolve into a research topic? 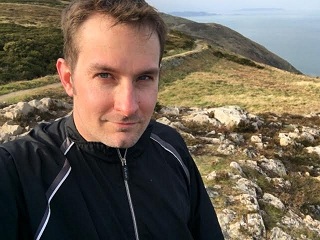 I was a teenager when I watched the strikes in Sudan and Afghanistan, and I didn’t know much, but I did know that I was nervous. I realized that something unique was happening on the international stage, and it might lead to increased hostilities. That feeling never really left me.

A few years later, on September 11th, I turned on the television just as the second plane hit the World Trade Center. Those attacks lit a fire under me and made me feel like I needed to do something to protect the United States. I decided that when I graduated from The College of New Jersey, I would either go into officer training in the military or go to graduate school to "fight" terrorism academically. I chose the latter path and pursued my master’s at the University of Delaware, where my concentration was on group communication. I’ve gradually focused my research to examine group communication and persuasion in the context of terrorism and political violence.

What would you say is your most meaningful research to date?

I've recently renewed my efforts to build a research agenda primed to develop practical, applicable findings. Ultimately, I want the work that I do to be useful to people who are on the front lines of fighting terrorism.

The best example of this, and perhaps my most important work to date, is the research I recently completed with Dr. John Horgan, which was published in Studies in Conflict and Terrorism.

The scholar in me loves the development of theory and understanding what makes terrorists do what they do, but I really want my research to be practically useful as well.

Tell us more about your work with John Horgan. 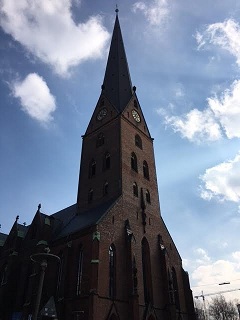 It is impossible to overstate how much my working relationship with Dr. Horgan has shaped my career. To be blunt, I wouldn't have an academic career if it wasn't for him. When he arrived at Penn State and developed the International Center for the Study of Terrorism, I reached out to him and, after a relatively quick chat, became his first assistant for that center. I continued to work with him as a research assistant and project manager, and eventually as a collaborator. So, practically speaking, John has supported (and collaborated) on my research from the beginning.

Working with John has also shaped my approach to the study of terrorism. As a psychologist, he has always performed research that largely focuses on the social and psychological processes that drive terrorism. I have developed many of the same interests, and much of his approach can be seen in my own work. In addition, John emphasizes the importance of impartiality and data-driven conclusions related to issues surrounding terrorism. Too often, we've seen individuals in the field offer speculation posing as science. John imparted an appreciation of scientific rigor on me and others at ICST.

John is also the one who introduced me to START, encouraged me to pursue funding from the Terrorism Research Award program and then served as my mentor.

How did your research exchange in the United Kingdom come together? 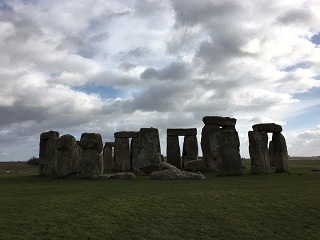 Although I have begun a series of studies that provide practitioners and analysts with actionable steps, I am still very much interested in understanding the psychology of terrorism. I've always been interested in the violent radicalization process. In the past, many researchers tried to explain terrorism as a function of psychological abnormality. Others (myself included) have said that exposure to terrorist messaging can contribute to violent radicalization. As a communication researcher, I've been trained to always look for interactions between messages and audience features. So, I thought: why not look for those types of interactions in the development of a terrorist as well?

As I thought about this project, I considered co-authors that I'd like to involve. Although I can hold my own in the field of psychology, I am no expert. So, I got in contact with Dr. Paul Gill at University College London (UCL), who had done work with another START TRA, Emily Corner, related to terrorist psychological abnormality. UCL is a partner in VOX-Pol, the European Union's Network of Excellence related to the study of violent online political extremism. VOX-Pol made it possible to take a big idea related to the violent radicalization process and turn it into an actual study in a short period of time – Dr. Gill and I were able to begin work on the study in less than a month.

The research exchange has been a wonderful experience. Also, the pubs in Dublin are outstanding. I can't fail to mention that.

What are your future goals and where do you see the field of conflict/terrorism studies heading in the next few years?

I plan to continue the line of research I've begun with the piece in Studies in Conflict and Terrorism. I currently am working on three projects in different stages of development, and hope to publish more papers that will help analysts and practitioners in their CVE and counter-terrorism efforts. I'm also hoping to discuss my work with different agencies that would be in a position to utilize it effectively.

As for terrorism studies, I am pleased to see the direction it is going. It seems that a greater number of researchers have begun to use empirical science to test research questions rather than engage in the speculation I referenced above.

Speculation posing as science is still relatively pervasive, but as more researchers from different fields get involved in the study of terrorism, I think we'll see more conclusions couched in good scientific method rather than assumption in the future.

To read Kurt Braddock and John Horgan’s article in Studies in Conflict & Terrorism, titled “Toward a Guide for Construction and Dissemination Counternarratives to Reduce Support for Terrorism,” click here.

Fox 42: Targeted violence increases around presidential elections, research shows
The Conversation: The 6 countries in Trump’s new travel ban pose little threat to US national security
Bustle: Practical Steps To Take If You're Feeling Anxious In The Wake Of A Terrorist Attack
END_OF_DOCUMENT_TOKEN_TO_BE_REPLACED