Discussion Point: The State of Al-Qaida, its Affiliates and Associated Groups

The following is part of a series of thought pieces authored by members of the START Consortium. These editorial columns reflect the opinions of the author(s), and not necessarily the opinions of the START Consortium. This series is penned by scholars who have grappled with complicated and often politicized topics, and our hope is that they will foster thoughtful reflection and discussion by professionals and students alike. This piece is the Oral Testimony of START Executive Director William Braniff before the House Armed Services Committee Feb. 4, 2014. An expanded version of this testimony appears on START's website and the recording of the hearing is available on the House Armed Services Committee Website.

Chairman McKeon, Ranking Member Smith, and esteemed members of the committee, I would like to thank you on behalf of the START Consortium for inviting us to speak with you today on the “State of al-Qa’ida.” There is, unfortunately, much to say. 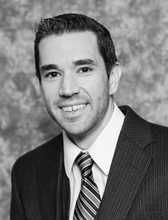 In 2012, the most recent year for which START has provided a complete set of terrorism data to the Department of State, more than 6,800 terrorist attacks killed more than 11,000 people. Even if you compare these more conservative Department of State figures against the more inclusive Global Terrorism Database statistics dating back to 1970, the previous record for number of attacks was over 5,000. This makes 2012 the most active year of terrorism on record by far.

Strikingly, the six most lethal groups in 2012 (the Taliban, Boko Haram, al-Qa’ida in the Arabian Peninsula, Tehrik-e Taliban Pakistan, al-Qaida in Iraq and al-Shabaab) are generally considered fellow travelers of al-Qa’ida, and yet al-Qa’ida itself was not responsible for a single attack in 2012.

What should we take from the seemingly contradictory developments? Did al-Qa’ida succeed by inspiring widespread jihadism, or has it lost to a variety of more popular, parochial actors?

Using preliminary START data from a different project examining terrorist group behavior, it appears that 12 of the 20 most lethal organizations and 10 of the 20 most active organizations had alliance connections to al-Qaida in 2012 ranging from direct collaboration to rhetorical support, suggesting that al-Qa’ida remained a central hub in a network of highly lethal and active terrorist organizations.

There are four primary reasons for these developments.

Taken as a whole, the increasingly intertwined histories of local, regional and global jihadist actors have at least four salient consequences.

First, the global jihadist cause often benefits from resources mobilized for other purposes. As long as there are local and regional jihadist fronts, global jihadist actors will have access to resources that they can direct against the “far enemy.”

Second, the multiplicity of narratives espoused by local, regional and global actors creates numerous mobilization pathways into any one conflict zone. Consider Najibullah Zazi, who left the United States to join the Taliban and defend Afghanistan, but who was redirected by al-Qa’ida to plot suicide attacks against the New York City subway system. Zazi was not primed to target American civilians when he entered into this militant ecosystem, but the geographic colocation of local and global jihadist organizations enabled that eventuality.

Third, the harmonization of parochial and cosmic narratives by al-Qa’ida’s propaganda organ helps conflate actions on the ground, increasing the chances that Western interests will be targeted in foreign settings. Consider the recent threat from Villeyat Dagestan, the sovereignty-seeking organization that committed two suicide attacks in Volgograd, Russia this December. If the Winter Olympics are held, the group threatened additional attacks targeting tourists in retaliation for “the Muslim blood that is shed every day around the world, be it in Afghanistan, Somalia, Syria, all around the world.”[1]

Fourth, the propagation of global jihadist ideas has helped to inspire a new cohort of individuals who are prepared to take action without ever having joined a formal organization. Al-Qa’ida’s endorsement of lone-actor jihadism following the Fort Hood attack bolstered this threat.

While it is certainly a mistake to conflate every local and regional jihadist organization with al-Qa’ida, the interplay of local, regional and global jihadism over 35 years presents a reality that counterterrorism professionals continue to address. In contested regions far from al-Qa’ida’s geographic center of gravity, violence targeting both local Muslim populations and Western targets persists. It is no longer always useful to identify where al-Qa’ida ends and others begin.

It would be dangerous, therefore, to conclude that because the al-Qa’ida organization is not generating violent attacks itself, that the attrition strategy fostered by the organization for over 20 years is also ineffectual. This has been the most active two years in the history of modern terrorism, and al-Qa’ida remains at the historical, organizational, and ideological center of the most lethal terrorist threats of our time.