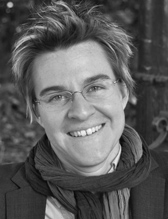 START Researcher Erica Chenoweth was named one of the 100 leading global thinkers by Foreign Policy for her continued research into civil resistance as an effective change agent. Chenoweth, a political scientist at the University of Denver, describes civil resistance to be “unarmed civilians who are actively prosecuting a conflict using nonviolent strategies, such as boycotts or protests.” She makes a clear distinction that civil resistance does not use violence, or the threat of violence, against its opponents.

Among other projects at START, Chenoweth is working with Laura Dugan to investigate the conditions under which different terrorism-relevant policies in the United States have been effective in reducing terrorism.

In 2011 she gave a START lecture at the University of Maryland based on her then new book, "Why Civil Resistance Works: The Strategic Logic of Nonviolent Conflict," which she co-authored with Maria Stephan.