Hindsight Not 20/20 for Smallpox Research

Hindsight Not 20/20 for Smallpox Research 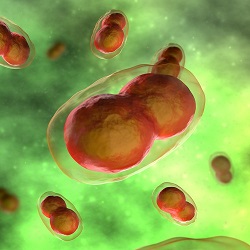 Smallpox was one of the worst diseases that ever plagued humankind. From the time of the pharaohs until the 20th century, it was a continuous scourge, killing 30 percent of those who were infected, and disfiguring most of the afflicted. The ability to vaccinate against it, and to use vaccine to diminish its spread, culminated in the eradication of smallpox. In 1980, the World Health Organization (WHO) declared that smallpox was no longer causing infections and that vaccinations could cease.

Once smallpox was extinct in the natural world, there were still many scientific questions to address in order to understand how this virus was able to defeat the human immune system so thoroughly. There was also the threat of a new pox virus epidemic. There are many pox viruses in the world, such as monkeypox, which infects humans causing a smallpox-like disease; it was important to understand how different the pox viruses are to estimate their potential to evolve into human threats.

The decision was made to sequence the genetic material of the smallpox virus and publish the results.1 At that time when this work was done, technologies for “reading” DNA (DNA sequencing) were much more advanced than those for “writing” DNA (gene synthesis). It was not remotely possible to synthesize a genome the size of smallpox, which is over 186,000 base pairs of DNA (a string of 30 base pairs would have been a challenge at the time). However, the ability to write DNA caught up rapidly with advances in technology. In 2002, a paper was published demonstrating that poliovirus could be synthesized, using mail-ordered DNA segments of 60 base pair pieces strung together to build DNA molecules encoding the approximately 7,500 base-pair virus.2 Once the DNA was transcribed into RNA and translated into proteins in a test tube, the researchers had infectious polio virus. Eckard Wimmer, a distinguished professor at the State University of New York in Stony Brook and the senior researcher on the publication, was quoted in the New York Times, saying, “You no longer need the real thing in order to make the virus and propagate it.”3

With gene synthesis technology accessible to people all over the world, and most genetic sequences for viruses including smallpox available on the Internet, there is now the potential that smallpox could return. When smallpox was originally sequenced, nobody anticipated that, as a 2010 World Health Organization report put it, “advances in genome sequencing and genome synthesis would render substantial portions of [smallpox virus] accessible to anyone with an internet connection and access to a DNA synthesizer.”4 To make the entire genome of such a large virus as smallpox would not be trivial. However, the technologies to synthesize a virus like smallpox are only getting more reliable and accessible. Should smallpox re-emerge, there would be practically no one under 45 who has been vaccinated in their lives, and most people over 45 would have little to no immunity.  A few nations, including the United States, have sufficient supplies of smallpox vaccine to limit the spread, but most nations do not—and billions of people would be vulnerable.

The sequencing of smallpox virus is a clear example of what is now called “dual-use” research. For most research fields, there is a big gap between legitimate research and weapons-related activities, but the potential for dual-use research to lower barriers to weapons is pervasive in life sciences research. The same techniques that are used to manipulate a virus to make a vaccine are the same techniques that would be required to make a virus more difficult to treat, or to make an existing vaccine or therapy ineffective. The dual-use problem has been the focus of many reports and studies. There have been attempts to narrow the area of potential security concern in order to provide oversight. The U.S. Government has defined a new category of Dual Use Research of Concern (known as DURC) as “life sciences research that, based on current understanding, can be reasonably anticipated to provide knowledge, information, products, or technologies that could be directly misapplied to pose a significant threat with broad potential consequences to public health and safety, agricultural crops and other plants, animals, the environment, materiel, or national security.”2

Still, defining DURC may be easier than knowing what to do about it. Over the last 15 years, numerous legitimate and informative biological studies have fallen into the DURC category, raising security questions, and splitting the opinions of scientists, ethicists, and policymakers on whether the research should have been performed or published. Part of the difficulty in overseeing DURC is that there are multiple actors who might misuse the biological research, with different levels of skill.  Without a defined malevolent actor in mind who might misuse the information to create a biological weapon—who has the necessary skills to manipulate biological systems as well as resources—it is a challenging process to balance the risks of publication and subsequent potential misuse along with the potential for more positive outcomes.

As the smallpox sequence example demonstrates, technology advances cannot be reliably predicted, so estimates could lead to false conclusions about how dual-use or how dangerous the publication of a particular piece of research could be.  If all stocks of the smallpox virus were destroyed in 1980, without ever being sequenced, information valuable to infectious disease research would have been lost forever. Yet now that the sequence is known, it is possible that smallpox could be remade. The likelihood of smallpox’s reintroduction to nature is unknown, and perhaps unknowable—while the positive contributions of the sequencing of the smallpox virus and subsequent research are immense and measurable.

The smallpox example demonstrates that even in hindsight, it is difficult to know what should be done about DURC research. As a practical matter, it also demonstrates that it is difficult to reach consensus about what to do about DURC research going forward. If a poll were conducted now whether smallpox virus should have been sequenced, it is likely that decision would also split the opinions of scientists, ethicists, and policymakers about whether the work should have been performed or published, just as current DURC examples do, without the benefit of hindsight.

Acknowledgements: I would like to thank Crystal Boddie and Randy Larsen for their comments and insights.

Business Insider: Inside a DC jail's 'Patriot Wing,' where Capitol riot defendants sing the national anthem and act like prisoners of war — but struggle to cope with being locked up
USA Today: When does speech become dangerous? Rep. Gosar’s ties to white nationalists added to concerns about his video
Military Times: Extremist crimes among veterans on the rise for the past decade, study finds
END_OF_DOCUMENT_TOKEN_TO_BE_REPLACED