Implications of research on traumatic stress for Countering Violent Extremism

There is no single known reason why people become violent extremists. Findings from a START project funded through the National Institute of Justice, Profiles of Individual Radicalization in the United States, describe the multifaceted phenomenon of radicalization by examining over 1500 cases across ideologies and time. Each case is unique, depending on personal circumstances and the larger environment. 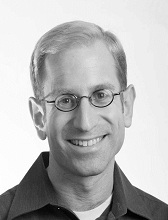 However, in determining possible entry points for interventions, there are some recurring factors associated with a significant percentage of individuals who carried out, or attempted to carry out acts of violent extremism. These findings, in turn have direct implications for community-based practices responding to violent extremism.

One of these commonalities is the factor of trauma and traumatic stress in the life circumstances of people who have become radicalized to violence.

Traumatic stress is not automatically a cause or trigger to become involved with violence and violent extremism, and like other factors, it does not appear in most or every instance of radicalization. But it is often a key factor that acts in combination with other pathways to violence.

It is important to understand about the relationship between trauma and possible radicalization to violence because it affects how communities can understand and help individuals who may be vulnerable to violent extremism.

This understanding is more than just the idea that “mental health and counseling are important.” We need to build on recent findings about the nature of traumatic stress as a complex phenomenon that needs to be thoughtfully addressed.

The Brain and Traumatic Stress

As a background to traumatic stress, it is helpful to consider the expressions a “gut feeling” or a “visceral feeling.” Most people are familiar with these expressions and the understanding they convey that something is deeply felt, in the body as well as in the brain.

This understanding is helpful to realize what is going on during traumatic stress.

Indeed, we know that what is now understood as “traumatic stress” is actually an evolutionary-based response that early human beings developed to deal with overwhelming events—such as wild animals attacking them. From an evolutionary point of view, it is meant to protect us in the short term. But this survival based response is often misunderstood by contemporary people in their everyday lives, and the impact of this phenomenon can be quite intense.

“During states of high arousal, the area of our brain responsible for the production of speech (known as Broca’s area) becomes inhibited.”[i] We do not put our feelings into words and construct a narrative of our experience, either in our conscious brain or in actual speech.

When the limbic brain registers the threats, we “remember” only the bodily, physical sensations that occurred at the time of the event. It is not a conscious memory.

When we experience any of the bodily, physical sensations that occurred during the original event, the lower parts of the brain send messages that the threat is reoccurring. This processing is both automatic and beyond our awareness.

The limbic brain responds in milliseconds, meaning that trauma memories or sensations kick in almost instantly. By contrast, the neocortex—the rational, thinking part of our brain takes about 7 seconds to kick in.

Indeed, Dr. Bessel van der Kolk, a specialist on trauma who worked for many years at the Veterans Administration, describes this phenomenon by saying “the body keeps the score.”

“What some people may not realize is that trauma is not the story of something terrible that happened in the past, but the residue of imprints left behind in people’s sensory and hormonal systems. Traumatized people often are terrified of the sensations in their own bodies.”[ii] In a sense, their visceral or gut feelings are misleading or not fully understood. They may confuse these sensations with something else— which gives an outlet to their fear and anger.

Traumatic Stress and Implications for Practices Responding to Violent Extremism

Violent crimes are often committed by people who lack the ability to regulate and modulate their bodily response to perceived danger. In some cases, this may be related to traumatic stress.

The same insight appears to also extend to violent extremism.

The individual who lacks the essential skill of using more sophisticated reasoning, perspective-taking, and emotional stabilization to regulate fear and aggressive impulses may repeatedly fall into the pattern of aggressive overreaction, often with escalating levels of violence.

In terms of addressing this kind of reaction, the challenge is, through integrative counseling efforts, to “enable traumatized individuals to tolerate feelings and related bodily sensations by increasing the capacity for interoception or sitting with themselves, noticing what’s going on inside.”[iii]

This might be done through a number of mind-body practices that focus on interaction among brain, body and behavior—including yoga, mindfulness-based stress reduction, meditation, and deep breathing.

Interoception has been described as a nonreactive response. This means that someone may experience bodily sensations without any of the past corresponding associations of danger or anger which has impelled them to action. They can learn how to modulate arousal, which in turn may affect how they will act in a community context.

For example, breathing exercises which activate the parasympathetic nervous system—the healing, calming part of the nervous system—might be an important component of community based educational interventions and counter messaging efforts to deconstruct and discredit violent extremist ideas.

These practices are also adaptable across cultural and religious contexts. They can be framed in a way that resonates with a particular faith tradition that a community holds, for example, so that someone can say a prayer or affirmation with each inhalation and exhalation of the breath.

Once an individual has gotten to a calmer state and ability to listen more openly, it may then be possible to build on existing resources in terms of counseling, mentoring, and education as part of a community-based response to radicalization and violence.

In recent years we greatly improved our understanding of the complex relationship between brain and body in the development of traumatic stress. These findings have exciting implications in terms of helping individuals to heal from personal traumas, and reducing the impact of violence on a larger society. It is equally instructive to begin incorporating trauma-informed insights into research and practice to counter violent extremism.

[i] Louis Cozolino, “It's a Jungle in There: Our Brains Not As Evolved As We Might Think” Psychotherapy Networker July 14, 2010, Alternet.org https://www.alternet.org/story/147539/it%27s_a_jungle_in_there%3A_our_brains_are_not_as_evolved_as_we_might_think (Accessed on 9 November 2017).