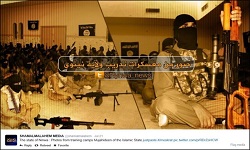 The report is part of a larger START project, funded by the Office of University Programs at the Science and Technology Directorate of DHS: “Organizational Determinants of Violence and Performance: The L.E.A.D.I.R Study,” that examines the capabilities of violent extremist organizations (VEOs) by coding individual organizational and leadership characteristics and comparing the VEO code results to a control group sample of a non-violent ideological organization. Through this process, researchers found support for ISIL’s durability based on three aspects of ISIL’s strategic resources and capabilities:

Researchers compared ISIL’s leadership to more than 90 other VEOs and found that not only is the structure rare, but it would also be difficult for other organizations to replicate due to the historical factors that contribute to ISIL’s rise to power. The report finds ISIL’s leadership and organization to be effective and potentially long-lasting because of Abu Bakr al-Baghdadi’s socialized leadership style, top-down decision making involving a capable leadership cadre, clear division and delegation of labor, formalization of member responsibilities, centralization of power and effective communication throughout the organization.

The researchers also believe ISIL’s state-of-the-art cyber capabilities make it unlike other VEOs. In addition to adapting video games and engaging in application development, ISIL’s use of social media: Twitter, YouTube, Facebook and Vine, for internal and external communication connects ISIL with larger audiences than other VEOs are able to reach through more traditional methods. Researchers attributed the organization’s success in recruitment and support to their variety of tailored messages in multiple languages disseminated frequently across various platforms. Essentially, ISIL has created an effective web-based public relations campaign that has ensured its own cultural relevance and established a clear brand image.

Researchers also examined the group’s organizational legitimacy in the geographic regions it occupies. ISIL has used extreme levels of violence to seize resources and impose its will on portions of Iraq and Syria. Having displaced or killed large numbers of dissenters, and through continued intimidation of those remaining dissenters, ISIL then engages in morality policing. By enforcing its interpretation of Islamic Law in the places it controls, its presence offers a predictability that was not present under the Syrian or Iraqi government. In addition to the legitimacy which comes from exercising power consistently and forcefully, the organization also engages in varying kinds of social service provision or facilitation. .

Objective 2: Identification of strategically relevant organizational resources and capabilities controlled by ISIL; and

The full report is available on the START website.