New GTD data will be explored during July 9 webinar 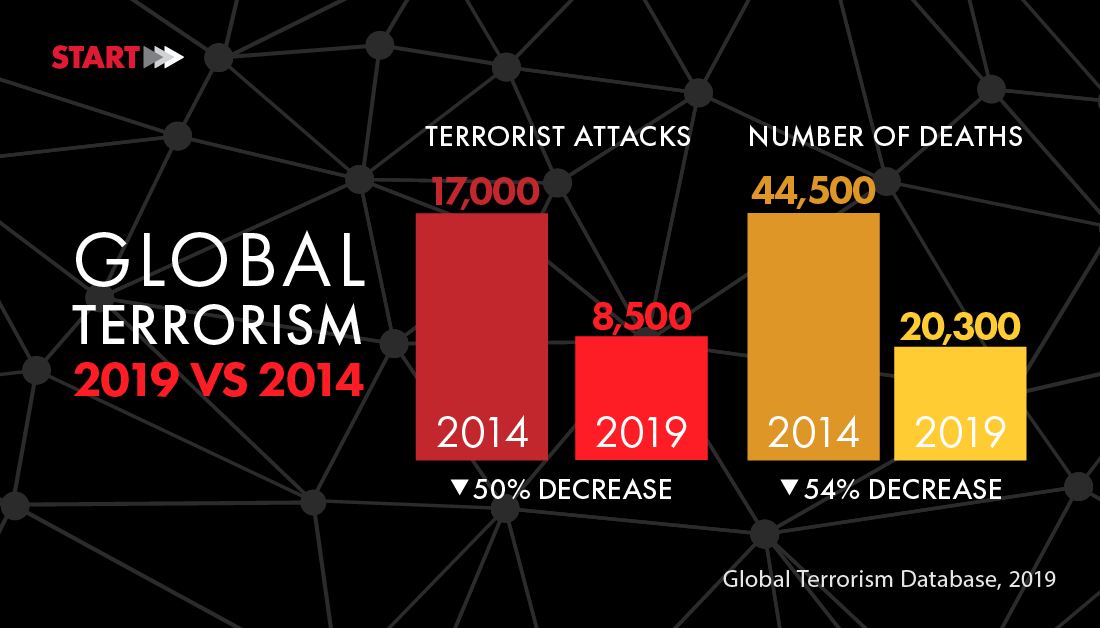 Terrorist attacks in Afghanistan sustained a longstanding upward trend amid Taliban peace talks, according to a new report to be released by the University of Maryland’s National Consortium for the Study of Terrorism and Responses to Terrorism (START) during an 11 a.m. ET July 9 webinar. The webinar will explore the most recent terrorism trends found in the Global Terrorism Database (GTD)™, including an overall decrease in terrorist attacks worldwide, an increase in terrorism in several African countries, and an increase in racially and ethnically motivated terrorism.

The GTD is the most comprehensive unclassified database of terrorist attacks in the world, and the 2020 update includes details of more than 200,000 events that took place worldwide over 50 years, from 1970 to 2019. 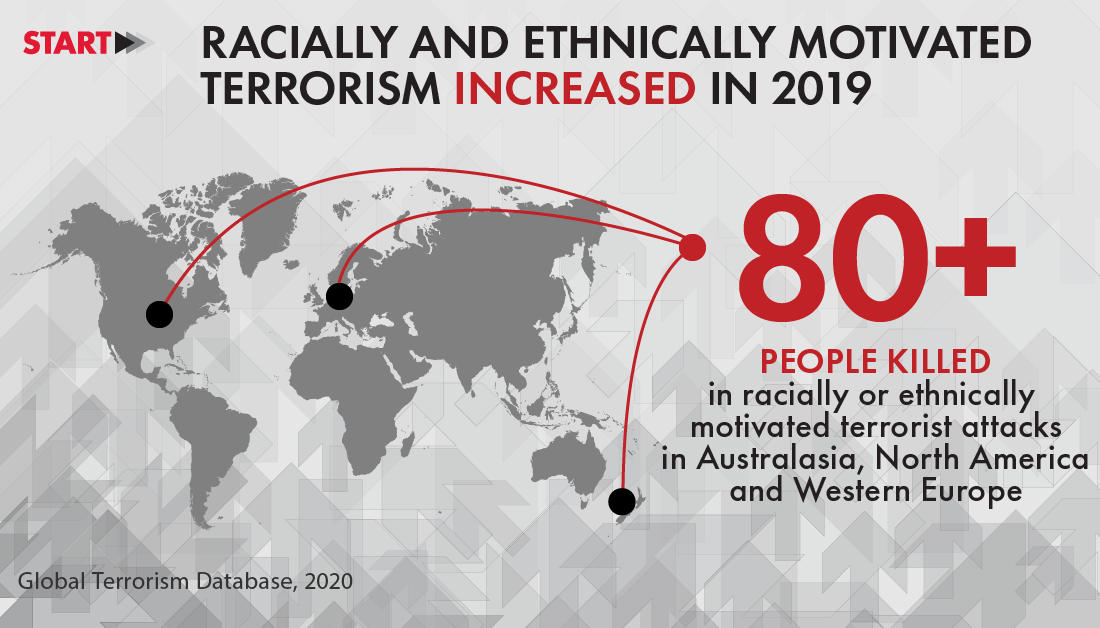 The GTD research team combines artificial intelligence and analysis to systematically identify violent events that meet the definition of terrorism and record a wide range of information about each event. The database, which is sourced by news media articles published around the world, includes more than 100 variables documenting the date, location, weapons, tactics, targets, perpetrators, and casualties and outcomes of each attack.

The webinar will be led by Dr. Erin Miller, the program manager for the Global Terrorism Database (GTD) at START headquarters at the University of Maryland, where she has been part of the GTD team since 2004. Her roles have included improving the consistency of the data and adding key variables to the database, developing efficient and effective data collection strategies and training, and producing accessible analysis that provides context for current events in terrorism and counterterrorism. She frequently consults with users of the database, including researchers, policymakers, analysts, journalists and students. For six years, Miller authored the Statistical Annex for the U.S. State Department’s Country Reports on Terrorism (2012–2017). She has served as principal investigator on a number of START research projects related to the GTD, including the Terrorism and Extremist Violence in the United States (TEVUS) platform, the Profiles of Perpetrators of Terrorism in the United States (PPT-US) database, and the Program to Prepare Communities for Complex Coordinated Terrorist Attacks.

Registration for the webinar is free and are welcome to attend the event, but RSVPs are required. Additional information, including registration forms, is available on START’s website.