Understanding the tools used to radicalize and recruit

In a recent in-depth analysis of Inspire magazine, START researchers applied the information, motivation, and behavioral skills model (IMB) of behavior change, an empirically tested and widely applied model, and found that the online English-language jihadist publication created in Yemen used religious arguments, terroristic propaganda and quotes from prominent American figures as tools to radicalize and recruit Western terrorists and promote a do-it-yourself approach to terrorism. 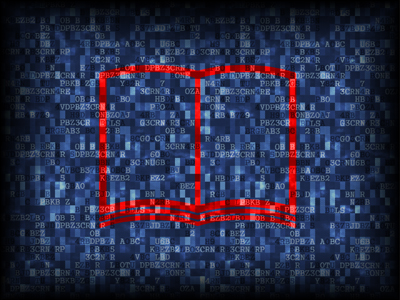 As al-Qaida Central’s media node, as-Sahab Media recently announced that it will release a new English-language jihadist publication called Resurgence, this new study also provides an analytical template against which this new publication can be compared and contrasted to al-Qaida in the Arabian Peninsula’s Inspire magazine.

Researchers found that Inspire also focused on “creative” terrorism to mobilize individuals. That is, using easily found objects and turning them into weapons of mass destruction. Case in point, the magazine featured articles such as “Make a Bomb in the Kitchen of Your Mom.”

“One of the things that appears to make Inspire a significant addition to the online communication landscape is its ability to pull together so many elements that provide both the influence -- information, attitudinal and normative components -- and the skills -- behavioral skills and technical abilities -- for a do-it-yourself jihadist to plan and execute a successful attack,” said START Investigator Anthony Lemieux, associate professor of communication at Georgia State University.

“Throughout the magazine, there is a focus on mobilizing, but the central themes are more about allowing readers to feel a sense of identity and connectedness and then take action,” said Lemieux, the lead researcher of Georgia State’s Transcultural Conflict and Violence Program. “And that action can be taken at an individual level.”

Developed with significant editorial input by Samir Khan and Anwar al-Awlaki, both U.S. citizens, Inspire has been implicated in several terrorist plots in the United States, including in the Boston Marathon Bombings. Dzhokhar Tsarnaev admitted to using the magazine’s information on bombs to help build a pressure cooker bomb. Additional copies of the magazine were found on Tamerlan Tsarnev’s wife’s computer.

Lemieux, along with fellow START Investigator Jarret Brachman and researchers Jason Levitt and Jay Wood, evaluated 11 editions of the magazine. Specifically, the research team assessed how Inspire’s editors presented information, how the editors motivated audience members to act and the frequency of proposed terrorism plots advertised in the magazine.

Despite the findings that jihadist magazines support terroristic activities, the researchers warn against exaggerating the influence of publications such as Inspire.

“Magazines alone do not push extremists. Propaganda and communication in all its forms, especially online chatrooms, discussion forums, and YouTube videos carry significance as well,” according to the researchers.

Click for the study, published in Terrorism and Political Violence, “Inspire Magazine: A Critical Analysis of its Significance and Potential Impact Through the Lens of the Information, Motivation, and Behavioral Skills Model.”