The death of former Israeli President Shimon Peres on September 27 marks the end of an era in Middle Eastern politics, diplomacy and peacemaking. START Senior Researcher Peter Weinberger shares a memorable conversation he had with Peres.

In summer of 2000, I traveled to Israel to conduct research related to my Ph.D. dissertation about the Oslo agreements between Israel and the Palestinians. 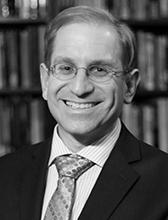 While visiting a family friend in Tel Aviv, I happened to mention my desire to interview Shimon Peres, but of the difficulty in getting access to him at such short notice. My family friend mentioned that she knew Peres and within seconds was on the phone, “Shimele (the Hebrew diminutive of Shimon), there’s someone you need to meet.”

Not long after that, I found myself in his Tel Aviv office. Peres invited me to start the interview by stating, “Begin.”

I asked, “What do you say to critics who call you duplicitous?”

Peres’s response was sarcastic, “Are you a student or a journalist?”

Peres was a gracious host, engaged in the conversation, and shared memories with an unusual level of detail. He was just as interested in me and my research as I was in him and his work.

Our discussion wasn’t limited to the negotiations leading up to the Oslo agreements, and veered back and forth over a host of historical events: the founding of the State of Israel, his experiences as Prime Minister, Foreign Minister, and Minister of Defense, his thoughts on conflict and war, terrorism and counterterrorism, and the possibility of peace between Israel and its neighbors.

I asked, “What did you see as the endgame of the [Oslo] agreement? There’s a lot that has been left unsaid, or is unclear. The agreements just say that after an interim period, another set of negotiations should begin. But surely you had to know that something would come about. Did you think it would lead to the creation of a Palestinian state?”

I remember he told me, “We were not sure how it would end. We had some ideas but we thought it best not to work them out, and hope for the best.”

He answered, “Not everything in this life can be known or meticulously planned. You have to keep your options open. In Israel, we have to have a strong military option, the ability to respond if we are threatened or attacked. We need to be able to respond against terrorism, to try to prevent it, to deter attackers. We in Israel are very good in our police and military response. This is a source of pride for us. You have to have that as an option. But that can’t be the sole approach, and sometimes you have to try other things. So we did.”

At the time of our conversation, I was simply impressed with Peres’s honesty and candor. But I understand his words and legacy more profoundly now. We at START take a big picture approach to assess the drivers of violence and terrorism. My work as a Senior Researcher for countering violent extremism is very much about identifying new pathways of action, to expand the boundaries of what constitutes security. This, I think, is something that Shimon Peres understood quite well.

Fox 42: Targeted violence increases around presidential elections, research shows
The Conversation: The 6 countries in Trump’s new travel ban pose little threat to US national security
Bustle: Practical Steps To Take If You're Feeling Anxious In The Wake Of A Terrorist Attack
END_OF_DOCUMENT_TOKEN_TO_BE_REPLACED