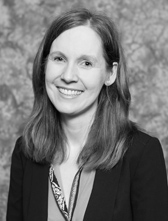 As she pursued her goal of becoming a journalist covering Hispanic/Latino immigrant populations in the United States, Brooke Liu heard a different calling: teaching and researching in the social sciences. The fellowship she received at the Missouri School of Journalism offered her more than tuition and a stipend; it gave her the opportunity to serve as a teaching assistant for a large undergraduate research methods course. She was hooked.

As she refined her professional aspirations, she remained steady in her love of studying culture and language and went on to pursue her doctorate in mass communication at University of North Carolina-Chapel Hill. While she was interviewing for the program, she learned about a severe winter storm in which multiple Spanish-only speaking residents died. They hadn’t taken the recommended actions because they hadn’t received warnings about the storm in Spanish, despite the fact that the area had one of the quickest growing Hispanic populations in the country. That disaster ultimately influenced her to write her dissertation on the status of disaster information for Spanish-only speaking Hispanics in states and counties with large and/or rapidly growing Hispanics populations.

Then Hurricane Katrina struck, spurring Liu to focus more broadly on evaluating the effectiveness of government risk and crisis communication, which she continues to research today as a START investigator and associate professor of communication at the University of Maryland.

How have your research interests evolved over the years?

I’m a planner by nature. I love checklists and to-do lists, mapping out weekly and monthly research goals, etc. However, when it comes to my research interests I’ve overcome my natural inclination to plan and instead have attempted to be open to opportunities and events that inform where my research can be most impactful. In other words, serendipity. And this has proven to be a rewarding and fruitful approach.

How has working with START helped expand your research portfolio?

University of Maryland was always my “dream job” as there is no better place to study government risk/crisis communication. So, from the beginning, I had the department of communication on my radar screen, particularly as it is also one of the highest ranked programs in the country for research productivity and quality of its undergraduate and graduate programs. When I started as an assistant professor here in 2009, START had an opportunity available on a project with a communication counterterrorism component. I managed that project and from there, I’ve had increasing opportunities to manage and seek funding for START projects more exclusively focused on risk communication.

Most notably is the Training in Risk and Crisis Communication (TRACC) program, a two-year effort funded by the U.S. Department of Homeland Security Science and Technology Directorate’s Homeland Security Advanced Research Projects Agency through START. It aims to put scientific research to use in developing and delivering theoretically rigorous and practical training for risk and crisis communicators in the United States.

We’ve spent the past two years conducting foundational research – literature reviews, surveys and analyses – and developing three training modules: media relations with a heavy emphasis on social media; one on audience analysis and engagement; and an online, interactive crisis simulation.

I think we had a lot of success for our first attempt at transitioning risk communication science into training, and I’m really excited to see where TRACC takes us in the next few years. We are actively looking for opportunities to continue to develop new TRACC content, such as additional original research case studies and tailored training module content.

Social and new media certainly can help distribute government’s crisis communication messages efficiently and potentially to a wider audience. However, I think it’s important to be cautious about over-hyping the influence of social media as the preferred risk/crisis communication tool, particularly as we have very little empirical evidence about how the U.S. public processes and reacts to risk/crisis information disseminated by the government via social media.

My team and I recently wrapped up a START project that synthesized what we know about why the public uses and doesn’t use social media during disasters. It included a nationally representative field experiment with 2,015 U.S. adults. One of the key findings from that project was that participants primarily preferred offline interpersonal channels rather than social media to learn more about an unfolding disaster and to share information about it.

This is not to say that government shouldn’t use social media, but it points to the importance of disseminating risk/crisis information through a variety of channels, including both government- sponsored outlets and traditional media.

Are there any topics or researchers that you have been eager to work with but haven’t quite had the chance to yet?

On my research project wish list right now is to investigate what would motivate members of the public to use government-sponsored social media, such as FEMA’s disaster reporter or the Mississippi Emergency Management Agency’s disaster preparedness app, rather than social media giants like Facebook, Twitter and Instagram. I think these types of social media have great promise in providing optimally useful information for government disaster communicators and responders if the public will use them.

I’m also very interested in understanding more about how we can potentially use social and mobile media to motivate certain subpopulations to encourage others to become more resilient. Another key finding from the recently completed START social media field experiment project was that older adults were more likely to view the hypothetical disaster that we tested as severe and to report that they would take recommended protective actions, while younger adults were more likely to blame the government. That finding certainly needs to be unpacked further in terms of how we can motivate younger adults to become more resilient, as well as how we can potentially harness older adults’ greater resilience inclinations to influence their friends, families and neighbors to become resilient.

Finally, over the past several years we’ve amassed a respectable body of knowledge on effective social and mobile media usage during disasters, but we know comparatively less about how social and mobile media alongside other information forms could improve disaster preparedness and recovery, which is definitely something I plan to pursue in future research projects.

What’s your favorite part of your job?

I have two favorite parts of my job. The first is mentoring the next generation of risk/crisis communicators, teachers, and researchers. I love the excitement of working with students and junior colleagues, and find that I learn just as much from them as they hopefully do from me.

The second is working with government funders and policymakers to see our START risk communication and resilience research put into practice. The types of research questions we investigate are highly applied, and it’s thrilling to know that at times we can inform risk/crisis communication practice and policy rather than the couple dozen of academics that may read one of our peer-review journal articles.

What are your interests outside of academia and research?

Outside of academia and research I spend almost all of my time with my family. My twins Evelyn and Sophie are now two years old, and the typical weekend for my family involves lots of hide-and-go seek, picture book reading, make-believe and laundry! In the rare moment when I have time for just me, I also enjoy reading historical fiction, particularly murder mysteries on my Kindle.

Despite a lack of downtime, I wouldn’t change anything about my personal life right now as there is nothing better than having a job you love and a family that you love even more.