From South Korea to START

From South Korea to START

In May 2010 Jeff Davis graduated from Ripon College in Wisconsin with a B.A. in politics and government and a minor in national security. Davis knew international experience would set his resume apart from other graduates, so to find opportunities Davis did what any college student would: he turned to Google.

On a whim, he applied for an English teaching job at a private academy in South Korea. 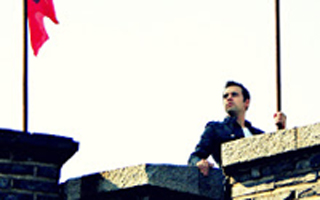 He signed a one-year contract, starting in August 2010, packed his bags and set out on an international journey.

When he wasn’t teaching English, he was studying the art of Taekwondo. After developing an understanding of the art, he began studying Teuk Gong Mu Sul, which is similar to Kung Fu and Jiu Jitsu. After many months of studying he earned a black belt in both disciplines.

His enthusiasm for martial arts developed entirely by chance, before his time in South Korea. As an undergraduate drifting between extracurricular activities, he walked into a concrete-lined basement filled with punching bags and fluorescent lights that seemed to be held together by the magnetic pull of the boxing ring at its center. Watching the boxing team practice was his first encounter with organized fighting. He joined the team and remembers it fondly to this day.

Davis’ time in South Korea was coming to an end and his contract was almost completed, but the president of the private academy did not have an instructor to replace him. The president held an employee meeting with all of his colleagues and asked Davis to stay another month. He declined. The president was visibly insulted, and Davis said his demeanor became stern and others in the room shared his disgust.

This confused Davis, who didn’t realize what he had done wrong. In his native culture, when a contract ends an employee has the right to choose to leave.

The meeting concluded and tensions were high. Afterward, a colleague of Davis confronted him, saying his refusal was dishonorable and selfish because he undermined an elder in front of his peers.

Davis took the lesson of cultural differences in stride and while he looked forward to returning to America, the event did not spoil his memory or experience in South Korea.

Now, at the START headquarters in College Park, Md., Davis is interning with the Global Nuclear Detection and Security program. He hopes to improve his own marketability and ultimately enter the professional world with practical experience.

“Whether that means I come away from START with connections made at enrichment sessions, or with an extremely strong entry on my resume, or even with some degree of expertise in specific areas of the field, I hope to take away those qualifications that will help me participate in this line of work in the future,” Davis said.

He plans to graduate this spring from American University with a master's degree in political science in justice, law and criminology, and with a concentration in terrorism. He hopes to pursue a career in either public or private sector international security. Whichever career he pursues one thing is certain, he plans to continue developing his skill and passion for the martial arts.