START welcomes 20 graduate students from Australia for the fifth year

START welcomed 20 graduate students from the Policing, Intelligence, and Counterterrorism (PICT) program at Macquarie University in Sydney, Australia, for the fifth iteration of the “U.S. Perspectives on Contemporary Security Issues & U.S.-Australia Cooperation” workshop. 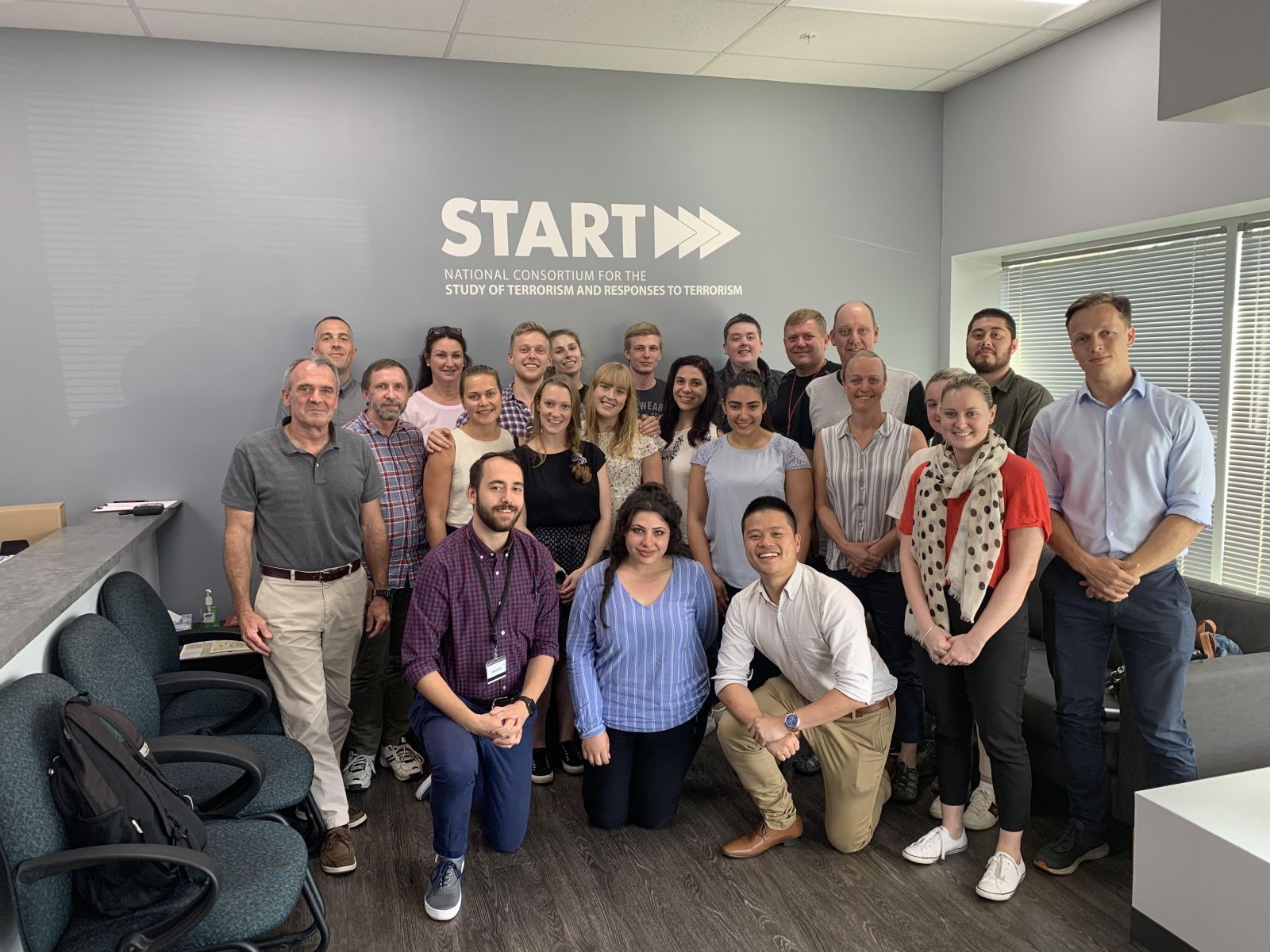 It was organized around a specific theme: “Near-Peer Competition and Its Impact on National Security, Counterterrorism, and CVE.” A first for the program, this theme allowed organizers to facilitate discussions on emerging security threats.

The program featured thematic lectures by START researchers, as well as talks and career spotlights featuring thought leaders across the U.S. government, armed forces and think tanks. These events allowed the Macquarie students to explore national security questions from the American perspective.

In addition to engaging in dialogue with experts at CSIS, RAND Corporation, Booz Allen Hamilton and the Center for Strategic and Budgetary Assessments, the students toured the U.S. Capitol, attended an information session at the Australian Embassy about U.S.-Australian cooperation, attended a reception at the Army-Navy Club where Vice Admiral and former DIA Director Jake Jacoby offered remarks, and met with U.S. Air Force Maj. Gen. James R. Marrs, Assistant Deputy Chief of Staff, Intelligence, Surveillance and Reconnaissance at the Pentagon.

While at START, the students had the opportunity to put their knowledge in practice by participating in a session of the Training in Risk and Crisis Communication (TRACC) simulation. This year’s program also featured a breakfast social with START summer interns, faculty and staff.

The workshop concluded in New York City with a visit to the United Nations, followed by a private meeting at the Australian Mission to the U.N. and a tour of the September 11 memorial.

“What made this year’s program a success was a mix of an enthusiastic group of young scholars and experienced practitioners from Australia, as well as local speakers with decades of experience in national security, intelligence, military and law enforcement,” Erdemandi said.

“I hope we’ve been able to contribute to cross-pollination of ideas to foster further collaboration between the two universities and nations, which is the ultimate goal of the program,” Erdemandi said.

Smith agreed that the program was a great success.

“This year’s study tour was the best yet,” he said. “Now five years into the program, the high quality of START academic lectures, coupled with diverse guest speakers, ensured a broad and comprehensive curriculum. The students and invited security professionals from Australia have said that they couldn’t imagine a better program, or a better sponsor than START.”

Participants expressed similarly positive thoughts about their experiences. “Being invited to undertake the study tour was a privilege that I found extremely interesting and informative,” student Graeme Conn said. “The quality and expertise of the speakers and activities was of a high standard, and gave us the ability to interact with high-level industry professionals that we wouldn’t normally be able to network with and learn from.”

Student Karyn Holmes said, “The diversity and experience of the speakers was incredible, as well as being engaging and providing a wealth of knowledge. START members were amazing hosts, sharing their knowledge, time and passion with us. If I could attend every year, I would!”

For inquiries about this program or other START educational opportunities, please contact education-start@umd.edu.