START Intern Gets a Jump on Education, Attends Graduate School at 18

A competitive spirit and love of learning began at an early age for START Intern Aspen Griffin. When Griffin’s mother completed her Ph.D., she began exploring opportunities for her twin daughters to academically excel as well.

“When my sister and I were 14, my mother came up with the idea of enrolling us at our local community college, in order for us to get a head start on college credits,” Griffin said. “My mother saw this as the alternative to having us take Advanced Placement classes.” 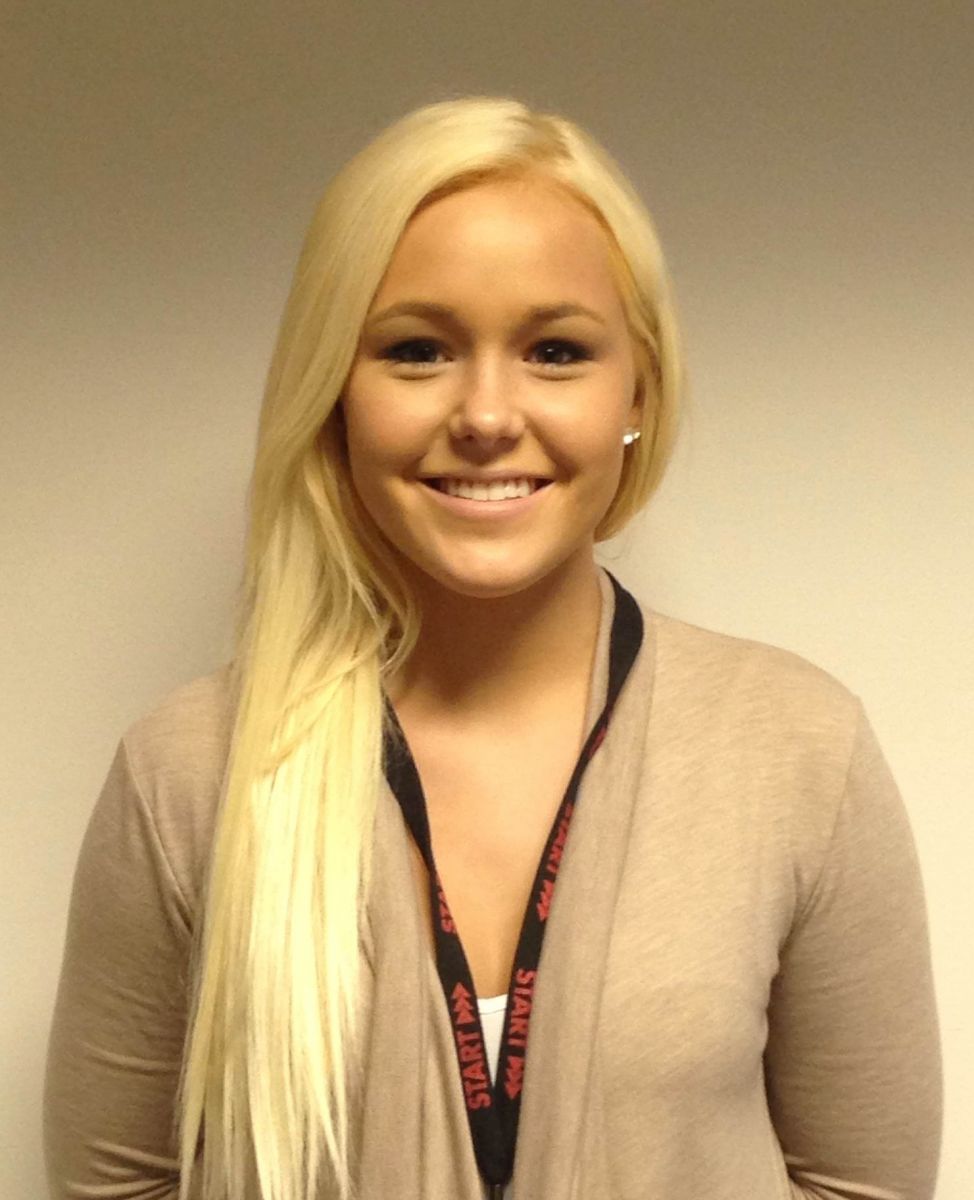 Griffin’s mother suggested that her daughters take three courses a semester, but they soon found themselves rapidly completing more and more credits.

“For my twin and me, attending classes at the community college had turned into a competition of sorts. We would fight through the coursework in an attempt to complete more credits than the other,” Griffin said.

By the time Griffin was 16, she had completed 60 credits and could apply for graduation from the community college. She and her twin sister were the youngest students in Kentucky to earn associate’s degrees.

Griffin then approached her high school and requested that the credits she received from the community college be used for dual credit on her high school transcript. The administrators accepted some of the courses, allowing Griffin to graduate high school as well. At 16, Griffin found herself considering where she wanted to finish her bachelor’s degree.

Arizona had always appealed to Griffin, and she dreamed of attending Arizona State. Griffin debated the subject with her mother, who was initially apprehensive about sending her young daughter to another state for school. Griffin appealed to her mother’s own love of learning, and was allowed to move to Arizona for school.

“A year-and-a-half later, I graduated with my bachelor’s degree. I used to be so fascinated by kids who graduate from college years before they were intended to, and now I am one of them,” Griffin said.

For Griffin, the pursuit of education did not end with a bachelor’s degree. This past summer, Griffin embarked on a seven-week self-study program in Sweden, with the goal of learning Swedish. Griffin studied the language on her own for a short amount of time, and enrolled in an intensive program that left her with an intermediate level grasp of the language.

“Unfortunately, I found that it was difficult to meet locals. They were pretty reserved, which made it difficult to interact,” said Griffin. “But I had made great friends with other Americans.”

This semester, Griffin is back to hitting the books. She’s currently pursuing a Master’s Degree in Public Policy at Northwestern University, in addition to working towards a Graduate Certificate in Terrorism Analysis from the University of Maryland. Not one to shy away from work, Griffin is also interning at START.

“Interning at START has allowed me to meet others with the same mindset and goals as myself. My dream is to work in intelligence community, but I have not decided which end of the spectrum. However, I have learned so much about geography, terrorist events and terrorist groups from my START internship, that I would love to continue researching terrorism,” Griffin said. “When you are doing something that you love, it really does not seem like work!”