START is known for objective terrorism research but a recent addition to the organization’s course offerings at the University of Maryland exposes a more creative side of the consortium’s work with students through a new Fearless Ideas course focused on countering violent extremism. 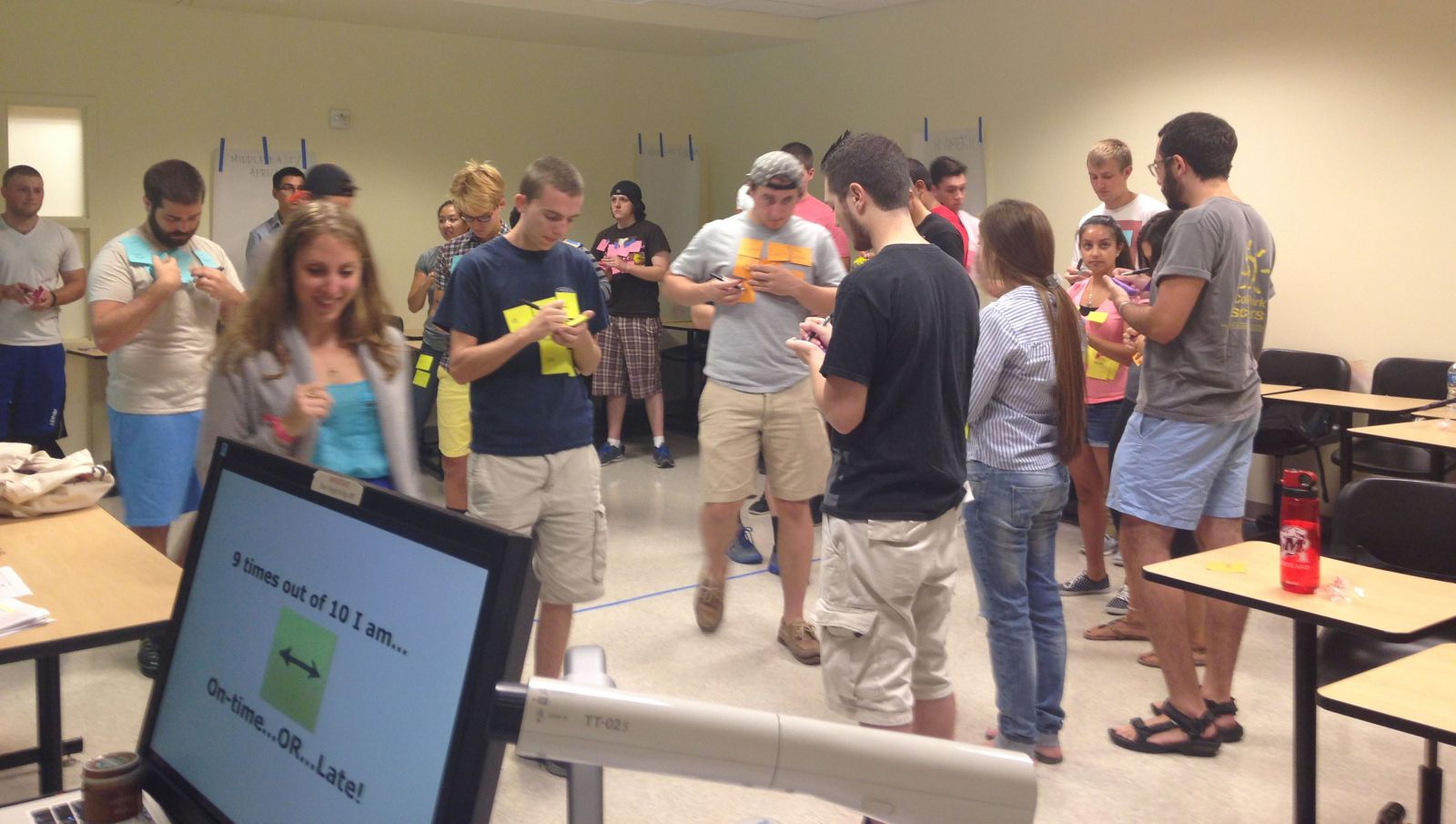 Whether it is through covering their classmates in Post-it notes, building prototypes with popsicle sticks or engaging in open class discussions, students in the new course participate in creative projects throughout the semester to develop non-governmental programs to help fight terrorism at its foundation.

The pair received a grant to develop and teach the course, as well as three facilitators to assist them, through the University of Maryland’s Academy for Innovation and Entrepreneurship.

“Innovations in Countering Violent Extremism” will follow the Fearless Ideas model and push students to find tailored solutions to community issues. The class aims to answer a call issued in a 2010 White House policy document that advanced a community-centered approach as the nation’s preferred method to reduce the threat posed by violent extremism.

“It is very difficult, and typically highly undesirable, for governments to get engaged with an individual’s thoughts and beliefs,” Braniff said. “In the counterterrorism realm, however, it is highly risky for the government to wait until an individual begins to engage in violent behavior before intervening,”

To address this issue, CVE programs seek to empower individuals and communities to recognize extremist beliefs and the conditions that nurture those beliefs, and then to do something positive to prevent those beliefs from taking root, according to Braniff.

“To be most effective, CVE efforts have to reflect needs and circumstances at the local level, which is why we think human-centered design strategies are a good fit for CVE efforts,” Braniff said.

Through this course, students will have opportunities to share their ideas with experts in the field and gain greater insight into CVE programs from both government and non-governmental organizations. At the end of the semester, students will present their ideas to a panel of experts representing organizations charged with CVE at the federal level. The Department of Homeland Security, the Department of Justice, the Department of State, the Federal Bureau of Investigation and the National Security Staff are among the organizations invited to provide feedback directly to students on their final proposals.

Students will build their program proposals through Design Thinking – an innovation process used to generate new solutions to complex, real-world problems. The project will allow participants to become fully engaged with the characteristics of the community they study as the students establish the details of their respective communities, including developing empathy for their community members and working to better understand their needs.

The Design Thinking format of the course was informed by Izsak, who participated in the Stanford Design Thinking Bootcamp, which offered sessions on relevant topics including field immersion, empathy and storytelling. The Academy for Innovation and Entrepreneurship sponsored her time at the program.

Izsak said the boot camp was a profound influence on the course’s design, especially Stanford’s 5-step design thinking method, which she adapted for the students’ use.

“My experiences at Stanford’s Design School this summer showed me the extraordinary potential that this innovation process could have for students working outside of traditional ‘design’-focused disciplines,” Izsak said.

During the program, Izsak was part of a team that developed a proposal for a high-end hotel chain to engage with a homeless community living in a park adjacent to them in San Francisco.

“I felt like the emphasis on empathy that we learned while doing that could be put to particularly great use in the development of community engagement programs for countering extremism,” she said.

Although the class is only offered once an academic year, Braniff and Izsak have plans to offer the course for at least the next two years and to possibly share their ideas with other schools.

“I believe this course has the potential to be replicated in colleges and universities around the country, and perhaps in an online format for an international audience,” Braniff said. “CVE programs aspire to open channels of communication, to build trust among communities and between the community and the government, and to strengthen communities against any number of negative influences – not just violent extremism. There is a large market for that.”