As of July 14, 2021, at least 354 individuals with U.S. military backgrounds have committed criminal acts motivated by political, economic, social, or religious goals from 1990 through the first six months of 2021, according to a new research brief exploring data from the Profiles of Individual Radicalization in the United States (PIRUS) project. This includes 82 individuals who are facing charges for their involvement in the breach of the Capitol building.

While extremists with U.S. military backgrounds represent a small portion (11.5%) of all cases in the data, there has recently been a significant uptick in such cases. From 1990-2010, an average of 6 subjects per year with U.S. military backgrounds were included in the data. Over the last decade, that number has more than tripled to nearly 21 subjects per year. 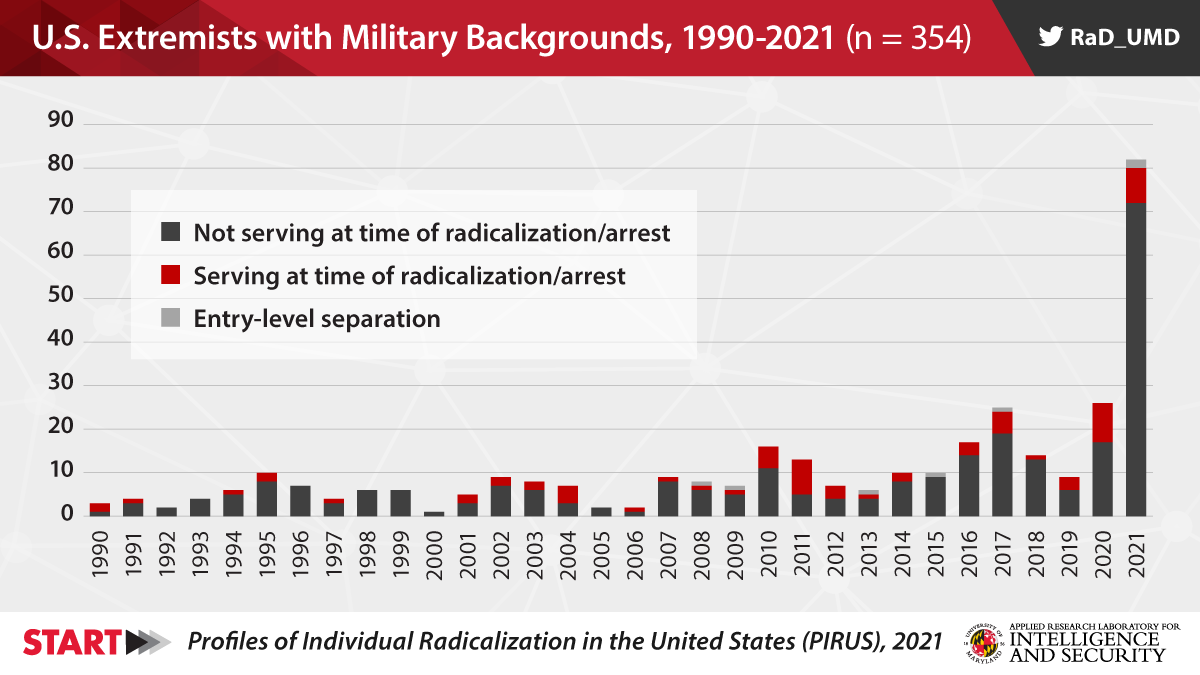 The data used in this research brief are from an ongoing project to expand the PIRUS database with supplemental information on the military backgrounds of U.S. extremists. This brief provides data on the rates of military service among U.S. extremists, as well as their branch, ideological, and extremist group affiliations. The brief also provides a closer look at the individuals with military backgrounds who have been charged with taking part in the Capitol breach on January 6, 2021. 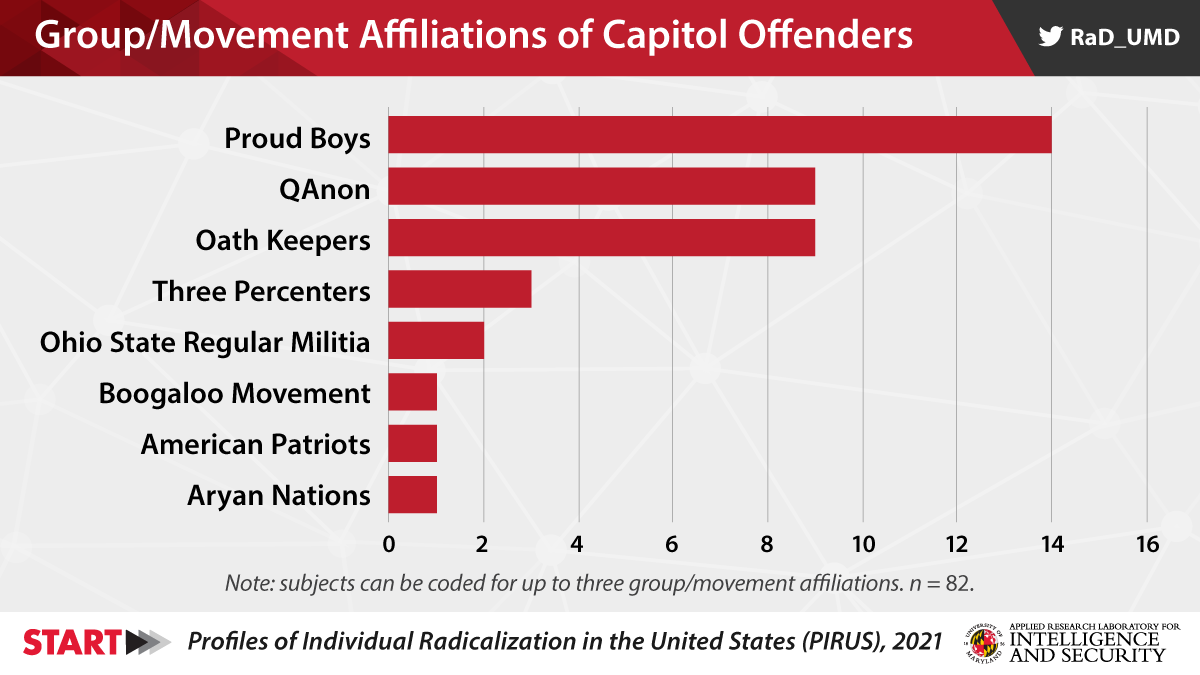 The brief "Extremism in the Ranks and After" is available on the START website. Follow our Radicalization and Disengagement (RaD) team on Twitter for more: @RaD_UMD.