The National Consortium for the Study of Terrorism and Responses to Terrorism (START) has grown considerably in capacity and reach since its beginnings in 2005. The trend is particularly apparent within START’s flagship internship program, with 106 interns participating in the program this spring, as compared the 49 interns in the spring of 2012 and 10 interns in the summer of 2010. 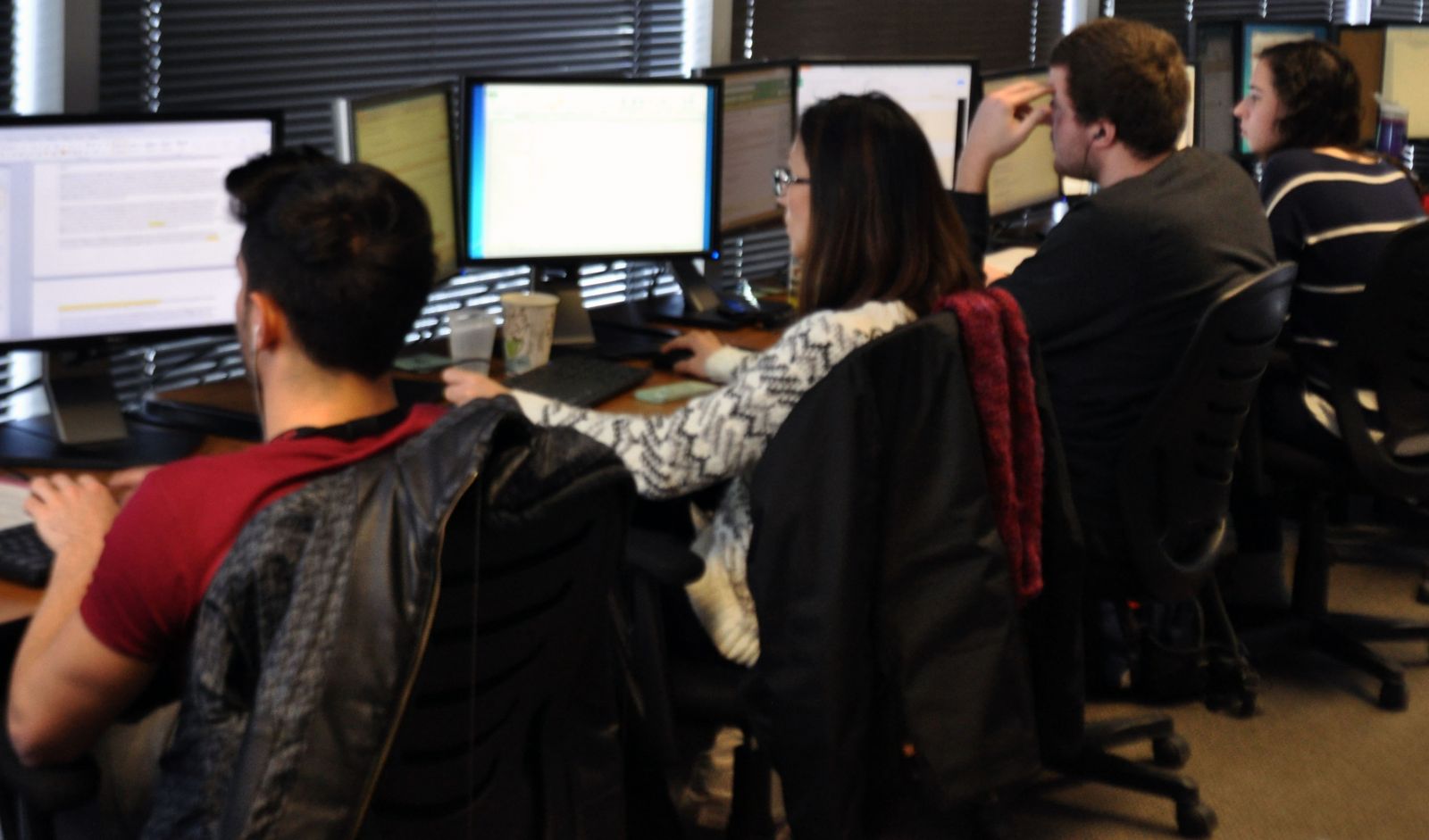 START has also increased its work with students at Minority Serving Universities (MSIs) such as Florida International University, Howard University, John Jay College of Criminal Justice, Morehouse College and the University of the District of Columbia.

“START is a place where the best and brightest students from any institution can come to get real-world training while they tackle critical research questions in an environment geared toward mentorship and student success,” said Sarah Fishering, START’s research transition manager, who heads up the internship program. “We feel very fortunate that the growth of the program has enabled us to work with students of an ever increasing caliber and with successive cohorts encompassing a wider range of academic disciplines and institutions.”

Through an increase in outreach activities and a growing network of program alumni spreading the word, awareness of the internships program and START as a whole has increased. The result of this has been a steadily growing applicant pool, which has also increased the program’s selectivity. The average GPA of a START intern is a 3.4.

Fueling the growth of the program is an expanded research portfolio at START. For Summer 2014, there are more than 100 opportunities within more than 20 internship tracks. Intern responsibilities range from analyzing foreign language text, to scholarly research, to coding for datasets, to map making.

“This internship program is the most important thing that we do. Sarah deserves the credit for the program, but every one of the 45 researchers at START knows that they are mentors for the rising generation of security professionals and scholars,” said William Braniff, START’s executive director.  “Our students don’t make copies or coffee- they participate in consequential research as part of a research team.”

A majority of the interns accepted into the program this spring work for Special Projects, the Global Terrorism Database or Propaganda Analysis Project. Those popular projects will also have opportunities this summer.

Special projects interns work on projects examining a range of topics including chemical, biological, radiological and nuclear (CBRN) threats, radicalization and geospatial information systems. Through one of the opportunities, “Individual Radicalization of Bioscientists Internship,” students will identify and develop in-depth profiles of biological scientists who have both radicalized and de-radicalized, and conduct historical research on deradicalization efforts in various contexts. Through another opportunity, students will conduct open-source research in order to identify operational areas of transnational criminal organizations in Europe and in North and West Africa that may be relevant to attempts to traffic illicit radiological and/or nuclear material.

Interns also contribute critical work to the Global Terrorism Database, the world’s largest and most comprehensive open-source database of domestic and international terrorist incidents that date back to 1970. The database currently includes over 113,000 cases. GTD interns are part of teams responsible for identifying, classifying, analyzing and coding information on terrorist attacks. GTD interns work in clusters that assess and code for one of the following variables: incident location; perpetrator; intended targets; weapons and tactics; or casualties and outcomes. An additional graduate-level GTD internship focuses understanding and identifying motivations behind specific terrorist attacks.

“START’s nature as a dynamic research center offers ample opportunities for interns to learn new skills through the projects they’re working on, and through supplemental career-building activities offered throughout the semester,” Fishering said. “Although we have fostered the growth of the program to its current size, there has always been an emphasis on ensuring we maintain and improve the quality of the program semester after semester.”

In addition to being invited to attend the center’s regular research focused events, specific activities and sessions are organized with START interns and students in mind. These include professional development sessions, career talks from professionals at various government agencies and other organizations, as well as training sessions aimed at improving job-related skills.

Apply by March 23 for best consideration for Summer 2014 Internships.

Applications for Fall 2014 will be posted shortly.

START is also hiring a Program Assistant for the internship program. Apply by March 3.