Terrorism and the Olympics: Sochi, Russia 2014

Terrorism and the Olympics: Sochi, Russia 2014

In anticipation of the upcoming Winter Olympic Games in Sochi, Russia, START has compiled this background report on the patterns of terrorist activity in Russia and the history of terrorism and the Olympics since 1970. Two suicide bombings in December targeted a train station and trolleybus in Volgograd, Russia, killing at least 34 people and wounding many more. The attacks, which took place approximately 400 miles from Sochi, highlight the potential threat of terrorist violence at the 2014 Winter Games.

The militant group Vilayat Dagestan, part of the Caucasus Emirate, claimed responsibility for the Volgograd attacks. A statement made by the group threatens that if the Winter Olympics are held, the group will carry out additional attacks, particularly targeting tourists in retaliation for “the Muslim blood that is shed every day around the world, be it in Afghanistan, Somalia, Syria, all around the world.”[1]

The background report reviews patterns of terrorist activity in Russia between 1992 and 2012, in particular trends over time, geography, perpetrators, tactics, and targets. It also analyzes terrorist attacks that have taken place during the Olympic Games in the host country, attacks indirectly related to the Olympic Games, and attacks targeting other major sporting events.

Bearing in mind that the heightened profile of international sporting events might increase the likelihood of a terrorist attack while the heightened security and surveillance might decrease the likelihood of an attack, the report evaluates general patterns of terrorism in Olympic host countries at the time of the Games, compared to the same time period the previous year.

"The analysis indicates that there is no consistent increase or decrease in the frequency of terrorist attacks during the Olympics, suggesting that efforts to reinforce security are generally effective at mitigating any potential threats that may exist," said Erin Miller, program manager for the Global Terrorism Database (GTD) and the author of the report.

The report includes detailed analysis of: 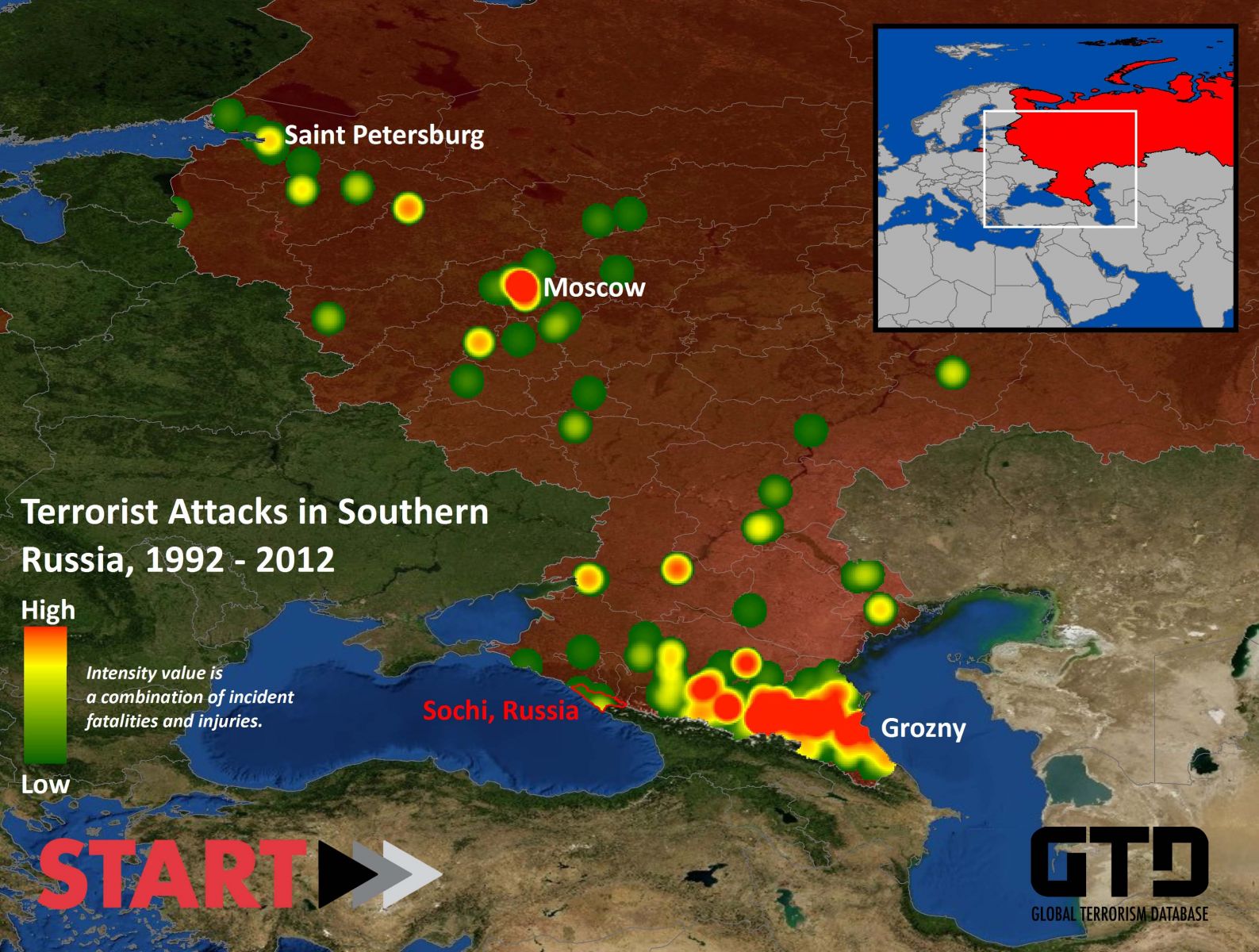 Soldiers of End-Times: Assessing the Military Effectiveness of the Islamic State
END_OF_DOCUMENT_TOKEN_TO_BE_REPLACED